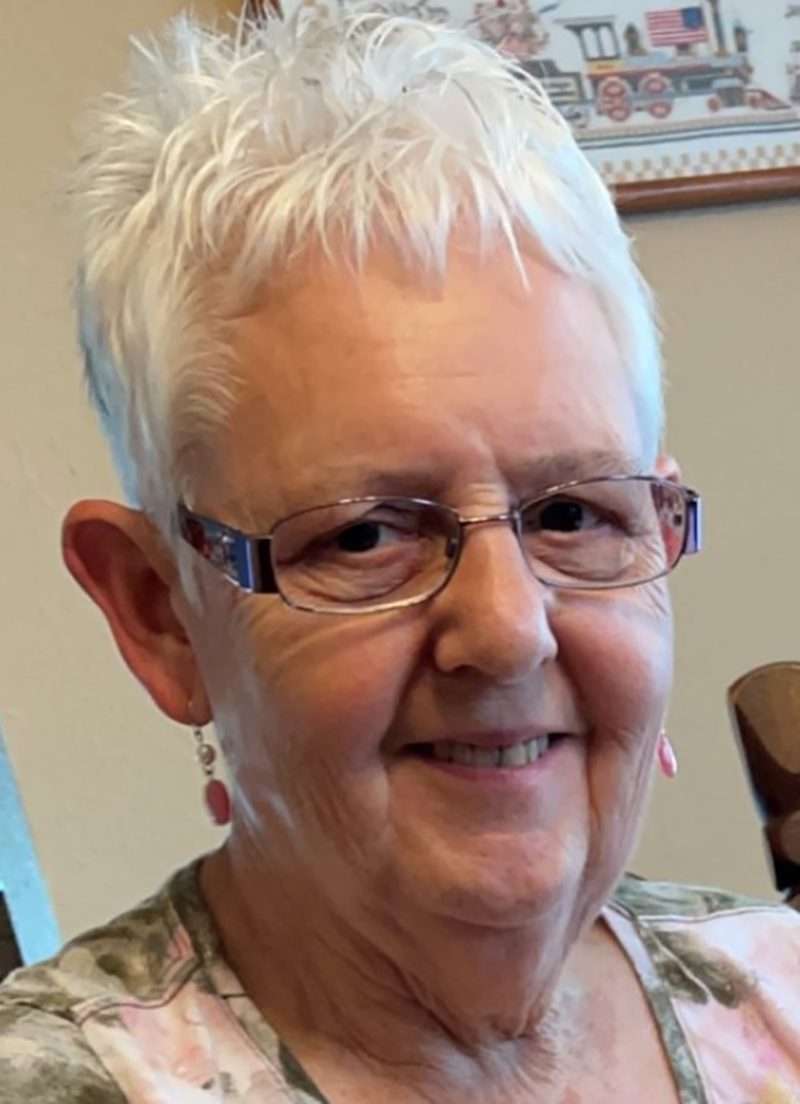 She was born in Toledo on November 9, 1950 to the late Donald Simon Sr. and Rosemarie “Rosie” Cufr.

Carolyn graduated from Delta High School in 1968 and later married Anthony E. Golden, from which they were blessed with two children, Melanie A. Golden and Joseph A. “Joe” Golden.

She began working at Walmart in Wauseon in the early 1990’s soon after their opening and continued with them until retiring.

Carolyn had many hobbies, tending to her flower garden, crosswords, puzzles, reading and playing cards.

She also was an accomplished artist excelling in creating stain glass as well as other craft items.

In addition to her parents, Carolyn was also preceded in death by her daughter, Melanie A. Golden on April 7, 2009; brother, Roger Simon and sister, Constance A. “Connie” Miller.

Friends will be received from 2-4 PM and 6-8 PM on Thursday, February 17, 2022 at Barnes Funeral Chapel and Crematory, 5825 St. Hwy. 109 in Delta. A funeral service honoring Carolyn’s life will begin at 10:00 AM on Friday, February 18, 2022 also at the funeral home. Interment will follow at Highland Memory Gardens in Waterville next to her daughter, Melanie.

In lieu of flowers, those wishing an expression of sympathy are asked to consider contributions to the Toledo Botanical Garden, 5403 Elmer Dr., Toledo, Ohio 43515 in her memory.