Caught My Eye, Crossed My Mind 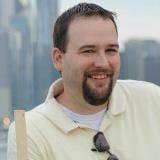 CAUGHT MY EYE … Fastest growing job field in America – Home Health Care Aide, though the pay is only slightly above minimum wage. The field has taken the lead due to the increasing senior citizen population / baby boomers.

CAUGHT MY EYE … Could mosquitoes be gone for good? A newly discovered repellent is said to be 1000 times stronger than anything available now. The new compound, now called VUAA-1, turns on the mosquito’s entire smell receptor system at one time making tasty blood carrying humans no more desired than a piece of dirt. But as promising as the research sounds, it still needs more testing.

CAUGHT MY EYE … What was that stupid movie that came out 5-10 years ago? Snakes on planes? What is the mindset on allowing knives on planes? As a publisher I work hard to try to keep an open mind, always working to ensure the news that prints on our pages is fair and unbiased. So I try to look at all angles on stories, even when I personally lean strongly in a certain direction. With that stated, I cannot figure out the logic in allowing knives back on planes when it was reported that hijackers with martial art skills and box cutters overpowered pilots, staff and passengers during September 11th. I have not flown much since September 11th and am not a fan of going through security, but we “do what we have to do” for the good of others and ourselves sometimes. Leaving your pocket knife at home seems pretty reasonable in my opinion.

CROSSED MY MIND … Being transparent, I am a bit disappointed in how our 4H Week Tribute turned out last week. We strive to promote local youth achievements and often athletes seems to take all the spotlight. We were hoping this tribute would develop each year we published it, but this year we simply could not track down leaders to communicate with us.

Since the annual national and Ohio 4H week is in March, we have tried to publish this piece in conjunction with the honored week. However one advisor made a suggestion that most groups are not even organized locally yet. So we may split this annual feature next year from March until the summer when 4H activities are firing on all cylinders. While I am disappointed we did not receive more a response, a special thank you goes out to Chelsie Firestone for plugging away to make last week’s tribute an enjoyable piece to read.

CROSSED MY MIND … Thank you to our various counter sale locations throughout Williams & Fulton Counties for selling our newspapers. There is not a lot of money to be made off selling papers, our profit margin is also known as “skin of our teeth” … ok, I don’t know what that means and if it means what I think, then never mind. Regardless, please support these locations. It is important to support local businesses and even more important (to me) that those that support our newspapers receive as much returned support as possible. We fill up our company vehicles with gas and try to purchase everything professionally and personally from these locations as a token of appreciation for partnering with us. Will you do the same?

CAUGHT MY EYE … Last week I shared that the USA Today was reporting: A 86-year-old woman with dementia will be charged for voter fraud, after she voted twice in an election. This week – A Cincinnati poll worker is being charged with voting half dozen times in November. She admitted voting twice in the presidential election last November, and now, Melowese Richardson has been indicted for allegedly voting at least six times. She also is charged with illegal voting in 2008 and 2011. The 58-year-old veteran Cincinnati poll worker, indicted Monday, faces eight counts of voter fraud according to CNN. Two others, one of whom is a nun, have been charged separately. I truly wonder if we will ever know how much voter fraud takes place?

CROSSED MY MIND … I thought it has been entertaining as some of our local weather broadcasters on Toledo Television have battled back and forth on who has the most accurate forecasts, taking jabs at each other without officially naming who they are calling out (mainly doing this on Facebook). Well Spring fever broke out for many on Sunday, March 10th as all local broadcasters I viewed were stating we might break out of the upper 50’s and reach 60 for a high. As we left church in Toledo and for at least half the drive home, the temperatures were nearing 70! Why can’t all the professionals admit they cannot perfectly track Mother Nature? On a serious note, I hope they do continue to make great strides in predicting and warning our communities when severe weather threatens. We will publish our annual severe weather pages in the near future in both our Hometown Newspapers.

CROSSED MY MIND … What an amazing Big 10 Basketball Season we were able to enjoy so far this year! I have been an Indiana fan in all sports since I was a kid, a rough school to follow in the middle of a sea of Ohio State and Michigan fans. Since football season is usually pretty rough on us Hoosiers, we always fell back on basketball season to enjoy some W’s. With rough times in basketball the past several years, this season has been enjoyable as Indiana narrowly was able to win the Big 10 Championship outright. I was only able to attend one game this year as the Hoosiers went to Michigan State and pulled out a very exciting win, probably one of the top ten games played this season.

Overall the Big 10 has been incredible this year, we shall see how things fall in the NCAA tournament, but I could see three or four Big 10 teams hitting their stride in the tourney and possibly making a National Championship run (including Ohio State, Michigan and Michigan State). I certainly hope this is the year that the National Championship will rest with one of our regional schools. We will see how the pieces fall as I wrote this thought on Monday, March 11th and a lot of basketball will have been played by the time this column prints in 10 days.

CROSSED MY MIND … My love for Hometown News stands heavily in the positive small stories that many of my colleagues at larger papers make fun of (not enough ratings in small town stories). I hate it when tragedy rears its ugly face in our communities. Unfortunately in our line of work, tragedy does come and we have to report on it. One of the most difficult news stories we had to cover had its one year anniversary last week.

Last year Michael Schwartz lost his life shortly before the school day started in Wauseon. Rumors quickly spread concerning the shooting as several television stations in Toledo wanted to be the first to report on the incident, stating it was a drive by shooting (it proved to be an accidental shooting as kids were playing with a gun). This kind of “report it first even when you do not have your facts straight” is another column for another time.

Anger and emotions spread throughout the community. Folks were mad at the other youngsters involved, folks were upset that a gun was available, folks wanted to pass new gun laws … it was just heart wrenching and ugly all around 36 hours made most difficult by classmates crushed and confused.

I was personally attacked from an anonymous email address (no signature) that we were “cashing in” on the story because we partnered with Tiny’s Dairy Barn to raise funeral funds to help the family in a scenario that could only be described as hell on earth. This email stated we were using the event to “boost our circulation numbers”. I shared this email with our community advisors and many in the community that we networked with, and big surprise, the anonymous (yellow) party involved was heavily believed to be a competitor who is well known for spreading garbage from one end while supposedly reporting news from the other end.

Then in the midst of all this ugliness, groups began to pray. A community memorial service took place. Folks started supporting the family and taking extra time to love on their kids. Individuals donated to help cover funeral expenses. Numerous businesses and the city joined Tiny’s and us for a large fundraiser where $14,000 was raised via a donation dinner at the Dairy Barn and our efforts of offering 100% of new newspaper subscriptions sold during the weeks after the funeral. While nothing took away from the pain experienced by the community, it was remarkable to watch a loving community that stretched far beyond Wauseon or even Fulton County to step in and love on the family and kids. While there have been a few times that I experienced such community support in other towns, this was the first time I was able to witness such an amazing movement in Fulton County first person.

I believe a facebook comment made by Lacy Franks last week at “The Wauseon Reporter” facebook page summarizes it best. “While losing him is and was tragic I love that the community still gathers together in his memory. I don’t know of too many towns showing as much heart as Wauseon and the people who live here.”

While I hate tragedy, it is stories just like this that make our small Fulton and Williams County communities a great place to raise our families. Most of those that we brush shoulders with are wonderful/supporting people.

CROSSED MY MIND … As always, if you have a local news suggestion, please drop an email my way, we want to hear from you! I may be reached at either publisher@thevillagereporter.com or publisher@wauseonreporter.com.