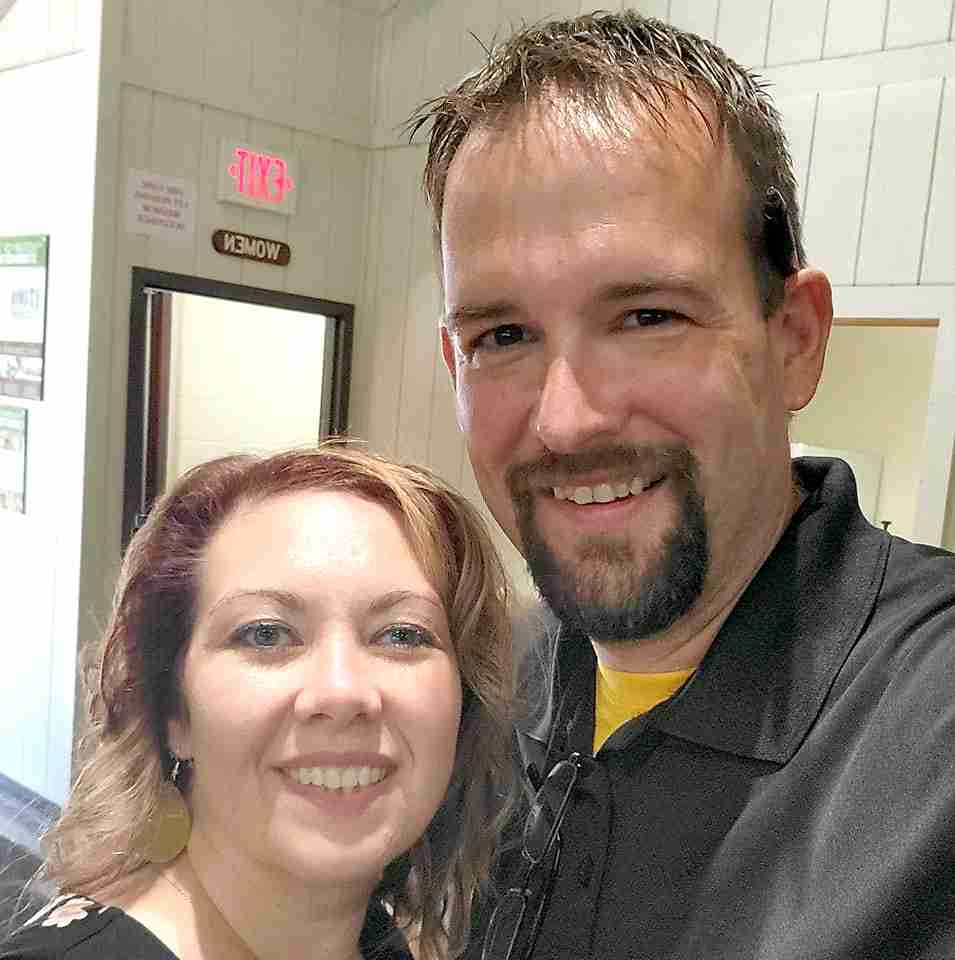 I hope this week’s column finds you well! I’m writing on a dreary Sunday before publication that feels more like mid-October than mid- August (temps and drizzle). I will not complain as we have had some beautiful weather in Northwest Ohio this summer. It looks like temperatures will warm back up this coming week as we prepare for the return of Football Friday throughout the area. All too soon we will start seeing Fall Festivals, where has 2022 gone?

CAUGHT MY EYE (ELECTRIC VEHICLES) – Ford is increasing the sales price of its electric truck up to $8,500 because of battery cost increases. This raises the platinum version of the truck to $98,000. This news headline from the past week is just one of sev­eral related to electric vehicle battery issues I’ve read recently, including the halt of production of certain electric models due to fire issues developing in sold ve­hicles already on the road.

I’m all for electric; my wife and I looked into it our­selves last year but the price difference vs traditional gas engine, loss of a seat for battery space (mini van), and no assurance from dealership batteries could be replaced if there was an issue killed the idea. If our society could eventually switch to electric, I think it would be a great thing but the obvious hurdles directly in front of us on “the switch” from traditional gasoline are not realistically being addressed, at least as I see it.

One of the Toledo television channels recently showed an electric vehicle that caught fire and they had to dump multiple full tanker trucks on it to finally get the blaze under control as a battery fire is about impossible to extinguish. That is enough water to dose a full barn blaze. How will this be addressed in the future? What happens if a car lot of these vehicles goes up in flames or the production facility itself? How harmful to the green movement is the mining for the resources to provide these batteries and are the vehi­cles still being charged via dirty electric systems using fossil fuels which offsets any positive green movement? I don’t know, if I had more than a few hours a week of free time I’d spend more time researching.

All summer long Americans in many parts of the country were advised not to turn on their air condi­tioning during peak hours to avoid stressing out the current failing electric grid. Imagine a future heat wave a few years down the road and 100 million electric ve­hicles which could not be charged due to the grid being bogged down by air conditioning use because half the country is in the 90s-100s. Remember the elderly that died in New York when the grid went down in the early 2000s? I believe the outage happened in the Cleveland area knocking out power to our area locally all the way through the East Coast. The elderly literally cooked in their apartments in the big East Coast cities, many passing away from heat stroke.

Noting another news article I read recently that San Francisco, one of the most electric vehicle friendly cit­ies in the country, had one third of their charging sta­tions non functionable last month.

As my past column mentioned, it seems like the grid needs fixed first (could take a decade+) then maybe we should circle back around to see if electric vehicles are a good choice once Americans could use them without knocking out the grid itself. I know polling back in the early stages of Trump’s Presidency showed that fix­ing the grid has heavy support from both major politi­cal parties, one of the few things they have agreed on across the aisle, yet two administrations have yet to pull off doing anything about fixing the aging grid itself.

Another thought – What can be done to make electric vehicles affordable for the average American family? Anybody who follows and believes in Dave Ramsey’s financial logic (I do) on the topic is fully aware the av­erage American family cannot afford a new traditional vehicle much less one that is 33-50% more costly be­cause it is electic.

Another news report I’ve read stated despite the former “Cash For Clunkers” program used during the Obama Administration that took older vehicles off the road, Americans now have the oldest average aged vehicle(s) hitting the roadways since being tracked. I’m going to assume this is due to new and one owner vehicles costing $10,000+ what they were just a few years ago, some nearly double the price tag. I do not believe the pressure by the government to force Ameri­cans into electric is wisdom and it is backfiring. Am I alone in my mindset?

On the flip side I have had several people reach out to me after reading my past column mentioning electric vehicles, saying they love theirs (most were not straight electric but hybrids). I believe this issue will hit our news headlines heavily in upcoming months/years.

THOUGHT (SCHOOL SAFETY vs IRS AGENT EX­PANSION) – Over the past few decades I have heav­ily read about violence taking place in our American School Systems. As a journalist I listen to opinions from all sides concerning solutions or at least improve­ment with the concern. This violence can range from a simple fist fight to solve a difference of opinion between two students to the horrific shooting scenes we have watched unfold on television (pure evil). In the past few decades funding from the Federal Level has been brought up towards placing officers in our schools to help offset this violence and to my knowledge has never gone very far by the “powers that be”.

Note that locally a lot of our schools have officers des­ignated to our schools, we have conducted numerous features on them within the page of The Village Reporter.

Politicians have stated there are no Federal mon­ies to place resource officers in most of our schools in this country over this time frame, aka, they actually could not work together across party lines or prioritize this need. I believe if they wanted to fund officers they could easily do it.

I have always found it odd when you divide the number of schools in this nation with the billions sent overseas how the math plays out. For example, we have sent around 10 billion to Ukraine, last I heard. Dividing 10 billion with the 131,000 schools in America = $76,000 per school (I think that’s right, my calculator is limited, math was not my strong subject in school). Keep in mind 10 billion in today’s government spend­ing is quite small whether on the home front or in for­eign aid. Google says the US sent $38 billion to foreign aid in 2021.

No matter what side Americans fall on the gun de­bate, resource officers in our school systems is a very popular concept for Americans. The concept of match­ing the security you would find at a hospital, depart­ment store and certainly at the appearance of any pol­itician in public for our children is popular. Yet no money has been found to meet this need over two re­cent administrations and Congress to protect our chil­dren properly.

I wrote before how I found it ironic since I start­ed watching politician’s mouths move as a kid (both sides of the aisle) that they screamed social security was going bankrupt. Decades and administrations have came and went while they yelled about Social Se­curity funding, then suddenly COVID arrived and we suddenly they found money out of thin air, in volumes that would have corrected the SS concern numerous times over. I have heard little to no mention of Social Security concerns since a few years before COVID hit; interesting. Then last week during difficult economic times more massive spending in amounts our average calculators on our desks cannot even process.

Circling back to securing our schools with funding, I read in Forbes the following:

“The Inflation Reduction Act, which passed the Sen­ate on Sunday and the House is expected to take up Friday, raises taxes and will give the IRS billions to go into what the Wall Street Journal called “beast mode.” In all, the bill will dole out about $80 billion to the IRS for increased enforcement, operational improvements, customer service, and systems modernization. That money is more than six times the current annual IRS budget of $12.6 billion. The bill says a whopping $45.6 billion will be for enforcement, which is the main di­rective from Democrats to the IRS. Get bigger, tougher and faster at collecting. Reports suggest that the IRS will hire 87,000 new agents, and with more than $45 billion being shoveled into enforcement, change is com­ing.”

Suddenly funds are found for the desire to expand IRS agents, but again, we have been told there is no way to fund resource officers (or border agents). Imag­ine if the IRS was strengthened by 5,000 or so agents to get tax returns to hard working Americans that have been back logged for up to a few years, the last I read around 10 million families were still waiting (I know of a handful still waiting here locally)? Imagine if the rest of these monies were put into our schools, secur­ing them as much as the airport, local hospital or even department store.

It is all very odd to me, maybe my calculator is wrong, or maybe something stinks …

EXPERIENCE (NEWSPAPER WEBSITE) – In the last 45 days, I have spent around 29.5 hours with 16 rep­resentatives from 3 different divisions of a particular Web Hosting Company. After all this time where they more or less pointed a finger that an issue was on our end, they have now noted, “Oh ya, we have discovered backend ‘voodoo processes’ causing the issue on our system”. No discount. No apology. My response was a true battle between seminary / faith studies vs that guy who has been pushed too far. I won’t tell you who won. The good news? www.thevillagereporter.com is running smoother than ever as we have made a needed upgrade and changed companies. I hope the website serves our readers better than ever and continues to operate at blazing speeds.

MAIL / EMAIL BAG – Two readers sending words of encouragement concerning my recent battle with low blood glucose, sharing their similar journey with me. What an encouragement readers have been. Beyond my family/friends you have been the next biggest sup­port; it is appreciated.

SPOILER ALERT – Will something major be revealed to the readers of The Village Reporter in weeks to come? Stay tuned …

Do you agree or disagree with, as my wife says, long winded comments? Have thoughts? Send a note if you like anytime, publisher@thevillagereporter.com.

Do you agree or disagree with, as my wife says, long-winded comments? Have thoughts? Send a note if you like anytime, publisher@thevillagereporter.com or via the mail at: The Village Reporter, Atten: Forrest Church, 115 Broad Street, Montpelier, Ohio 43543.

Column: Sometimes You Need To Slow Down, Reflect & Set Time Aside