COMMUNITY SPOTLIGHT: A Little History Of The Wauseon Christmas Star 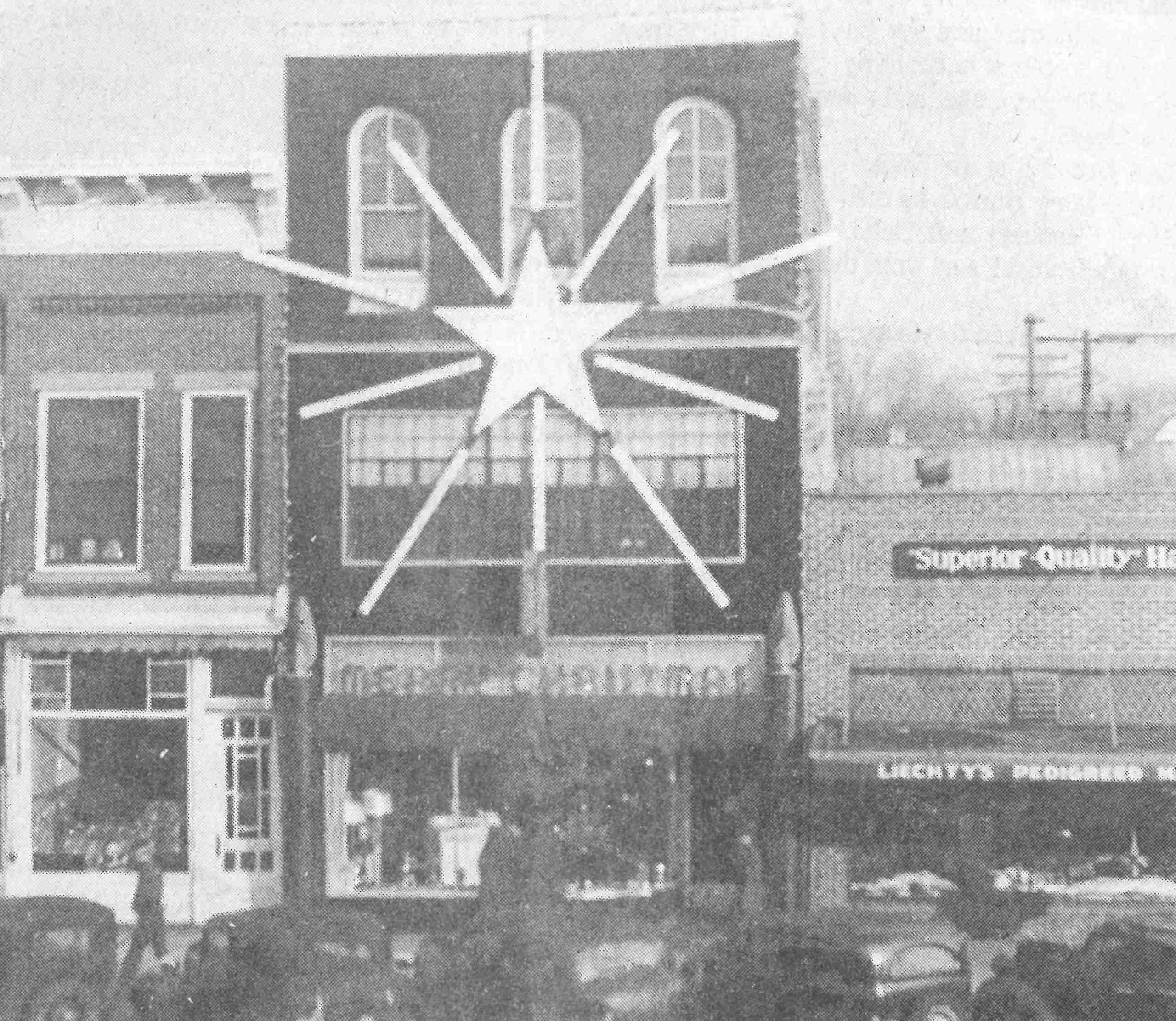 CHRISTMAS STAR … The Wauseon Christmas Star is shown at its second location in Downtown Wauseon on Fulton Street. The star was fixed onto the Toledo Edison Building before being moved over to South Park on South Fulton Street. The date for the picture is unknown. Picture provided by the Archives at the Museum of Fulton County. Originally taken by Opal Lauker.

The Christmas Star in Wauseon is something that is special to the area. It embodies the spirit of Christmas and the community as a whole. Not just the community of Wauseon, but of the communities surrounding Wauseon as well.

Everyone in the area knows about it and comes to see it. Even those who move away never forget it and cite it as a reason they keep coming back. For those people, it is a symbol of home. The star that keeps calling and guiding them home.

While it may not be seen for miles, it is still bright when standing or driving near it. Located at the South end of Fulton Street just near South Park, the star sits in a welcoming spot to greet all the traffic coming down South Fulton Street and Leggett Street.

This was not the original spot for the star though. The star has called Fulton Street home for quite some time, but it used to be located a bit further up the street compared to where it is now.

An old trolley system used to go through the town at the time. The drivers would slow down the trolleys as they went through the area in order to let those riding see the star a little bit longer.

This sadly almost came to an end in 1941 when Toledo Edison stated they would no longer be covering the costs that were involved with powering the star and putting it up and taking it back down. The star was to be taken down and dismantled.

This was a during a time when the economy was struggling, and WWII was ramping up. America was already preparing for war and would be pulled in due to the attack on Pearl Harbor later that same year.

Despite this, the Wauseon council decided to save the star. It would continue to light up downtown for all those who had become used to its shine at Christmas time.

In 1979 the star was moved to the south side of town where it currently resides. The 30-foot star had received yet a new home and was free to share its light with the world.

It is a star but just like with many other things, it is much more than that to a great deal of people. During the Covid-19 pandemic, city administrators recognized this and turned on the star in order to give encouragement to everyone around.

It is a landmark like no other and will continue to be so for quite some time. It’s a gentle reminder any time of the year, not just during Christmas, that there is hope and goodness in the world.

The message below the star says everything about its purpose and how many view it. “Peace on Earth, Good Will Toward Men.”