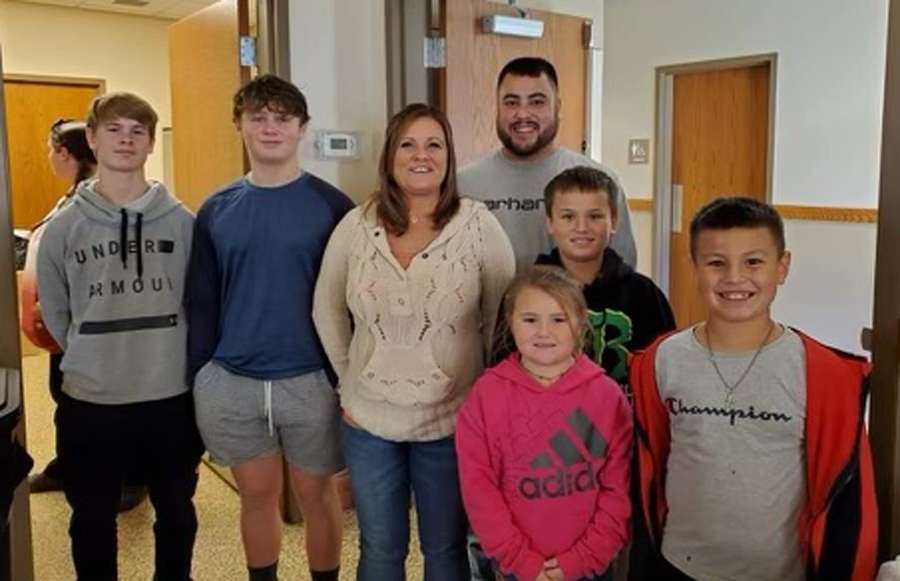 But Warner received a phone call from a neighbor, who brought them bad, unfathomable news.

“She said your house is filled with smoke,” Warner said.

When they arrived back at what was their home, they had lost everything, including two dogs, a cat and two parakeets. Plus, they had no rental insurance.

The cause of the fire was undetermined, but it was likely an electricity problem, as the walls were very hot and the fire started in Trish Warner’s bedroom.

But then neighbors, co-workers and friends stepped up big time beginning with Sullivans, where Warner works, as did Rodriguez’s employer, Brett’s Towing.

“I’ve worked as a bartender at Sullivan’s, so I know a lot of people,” Warner said. Sullivan’s stepped up to help in a big way.

“We collected as many things as we could, clothes, cash,” said Sullivan’s manager Natalie Roth, “People have donated a lot of money, a lot through Venmo. And Brett’s Towing has been a collection site, as well.

Both Trish and Chase have come a long way in the last two weeks and both are working again. Warner is not back at Sullivan’s but has a new full-time job at the Fulton County Health Center and is currently going through orientation.

“Chase is back at Brett’s Towing and I plan to go back to Sullivan’s eventually, sometime after I get my work schedule at the hospital,” Warner said.

Warner stated that her four children, Kaitlin, Kyle, Carl and Bailey, thanks to the community’s generosity, have plenty of clothes.

The first three children are in high school at Delta, while Bailey is in kindergarten and goes to Wauseon. There are also two other children in the mix, but they are in the mix every other weekend.

“I just want to say thank you, thank you, the Wauseon community has really been great in helping us,” Warner said.

“But I feel bad for Kaitlin, who is a senior and a cheerleader at Delta. She has lost all her pictures, including those from trips she took with friends.”

Warner, Rodriguez and the four children also have a place to stay, at Noah’s House, in Pettisville. They can stay there up to 4-5 months, until they find another place to live.

“I didn’t even know Noah’s House existed, until my landlord and neighbors told me about them,” Warner said. “Noah’s House has been great to us and they are wonderful people.”

“And I just don’t know how to thank the community for all the help they’ve given us,” Warner said. “They’ve been great.”

Donations can be dropped off at Sullivan’s on North Fulton Street, Brett’s Towing on Linfoot Street and Aaron’s Rent To Own on Airport Highway, all in Wauseon, as well as at Glass Bowl Lanes on Telegraph Road in Toledo.