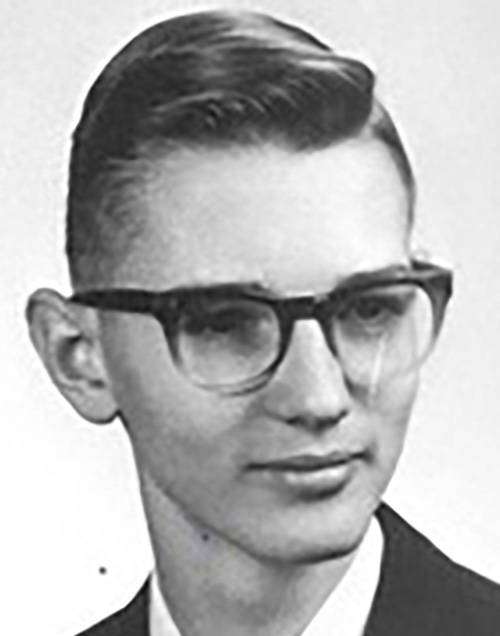 David L. Burkhart, age 73, of Fairborn, Ohio, passed away at 10:15 P.M. on Sunday, November 15, 2020, at Riverside Healthcare Center in Dayton, Ohio, where he was resident. Mr. Burkhart was a 1965 graduate of Edgerton High School and received his Bachelor’s Degree in Computer Programing from Wright State University in Dayton.

Following graduation he went to work at Wright Patterson Air Force Base in the computer programming department until his retirement. David L. Burkhart was born on August 19, 1947, the son of Marjory J. Burkhart, who preceded him in death in 2002.

Survivors include his two cousins, Connie Huard and Debbie (Pete) Shindledecker, both of Edgerton, and several next generation cousins.

Graveside services will be held on Saturday, November 21, 2020, at 11:00 A.M. in Maple Grove Cemetery, Edgerton, with Pastor Jeff Brookins officiating. Memorials are requested to the Edgerton Church of Christ.