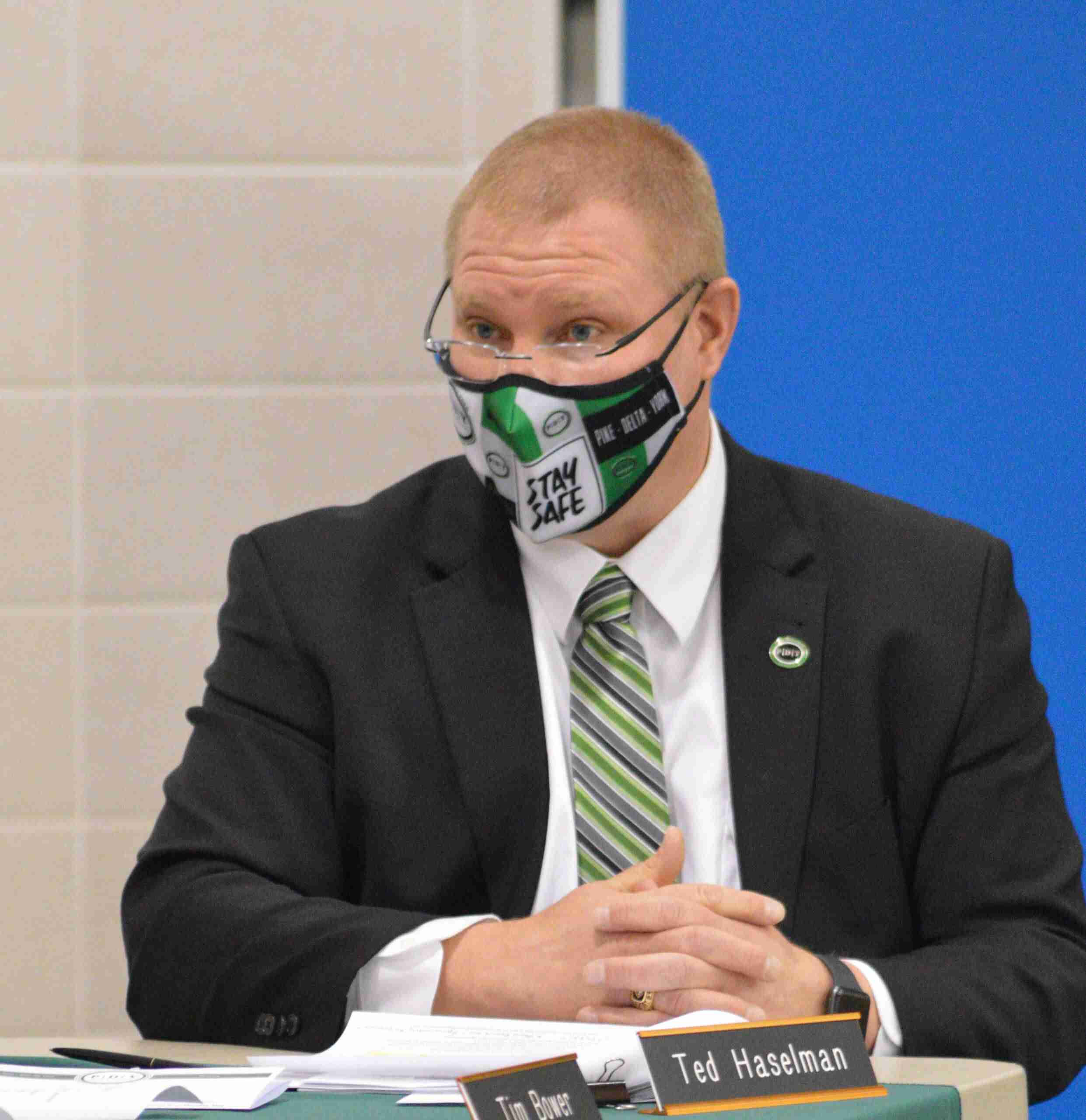 Pike-Delta-York Superintendent, Dr. Ted Haselman warned deep cuts in the district’s budget will be necessary if its proposed tax levy fails in May.

The Delta Board of Education heard his proposed budget balancing measures at its regular board meeting on Wednesday, February 17.

The funds would be used for general expenses which include personnel expenditures, transportation, classroom supplies, technology, facilities maintenance and other operational uses.

“One of two things has to happen,” Haselman said. “We need to pass a levy in May, or we have to make this list of cuts to keep our budget balanced.

We can’t continue to operate without one of those things happening.”

Haselman suggested potential cuts could include the elimination of:

The suggested belt-tightening measures represent an approximate $1.5 million reduction in spending for the district.

Haselman said he will continue to work with the district’s administrative team to review the proposed plan. He plans to present a more detailed look at the proposed positions to be eliminated at the March meeting.

Haselman said with voters able to cast their ballots as early as April, getting information out to the community as soon as possible is a priority.

“That’s a lot to absorb, and none of it is good,” board member Dr. Michael Mattin said. “It’s disappointing, and I guess that leaves us with one option. We have to pass the levy.”

In other board business, the board approved the 2021-2022 district calendar and agreed to a proposed three-hour delay schedule for Delta High School to accommodate state testing.

Board members also approved to continue its contractual relationship with the Northwest Ohio Educational Service Center as the district’s ESC affiliate as described and required by state law.

The board also approved the presentation of a diploma to senior Sebastian Adleman as he has completed the requirements for graduation.

The board adjourned the February meeting following an executive session to discuss the purchase or sale of property at competitive bidding.

The next meeting of the Pike-Delta-York School Board is Wednesday, March 10 at 6:30 p.m.

Rebecca can be reached at publisher@thevillagereporter.com.