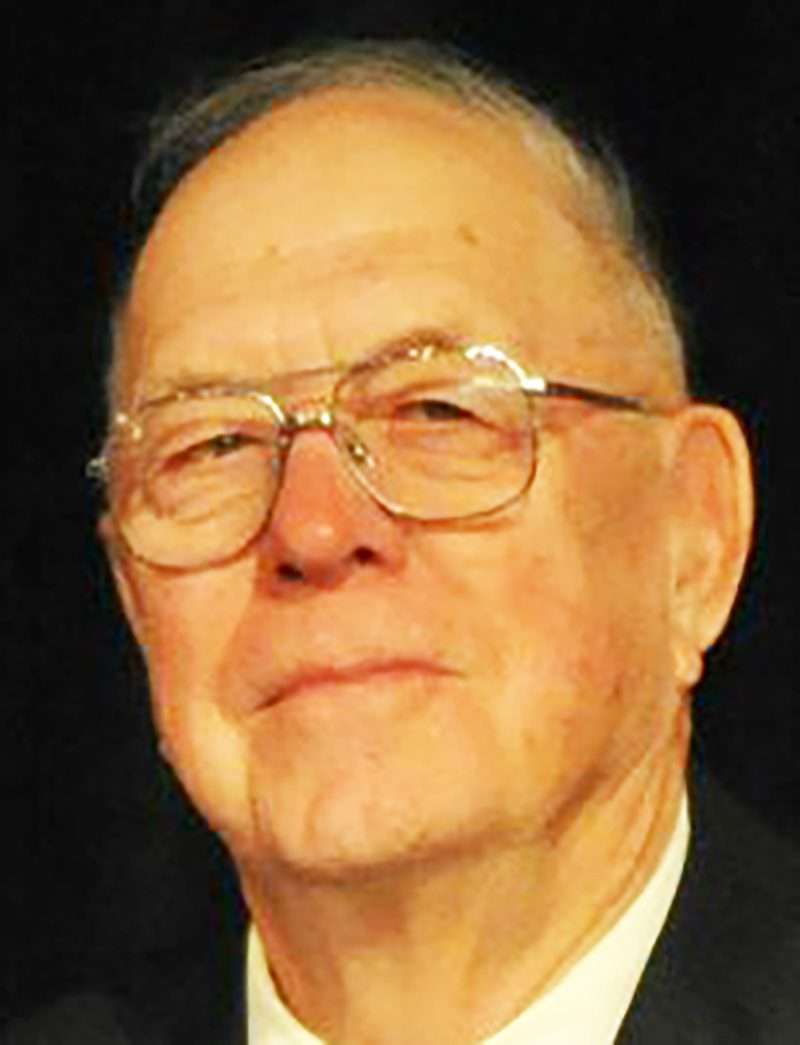 Fayette, OH – Don Sly was someone you could look up to, literally and figuratively. He was kind and gentle with a distinctive voice in a powerful 6’plus frame.

Donald George Sly was born February 28, 1932, to Edna and Lyndon Sly. He lived in Fayette from the age of 5 when his family moved from Toledo to Fayette to farm.

He was a 1950 graduate of Fayette High School where he was a standout athlete on the basketball and baseball team.

He farmed and had a small dairy herd with his father and later his son, Joe, joined him in farming.

Don could fix just about anything using his huge collection of tools – which he alone could locate.

He was also known for his knot-tying ability learned in FFA and used throughout his 90 years, and for his light, fluffy pancakes.

Don married his high school sweetheart, Grace Eckert in 1952 and they had three children, Joe, Susie, and Becky.

After farming, Don worked in maintenance at Hayes-Albion and then at Sauders where he maintained forklifts.

He was a member of the Masonic Lodge in Fayette and then in Wauseon when the lodges merged. He was also a member and elder of the Fayette Christian Church.

Donations can be made to Fayette Christian Church or the Fayette, Ohio Opera House.

The Eagle-Marry Funeral Home – Fayette Chapel, has been entrusted with arrangements.