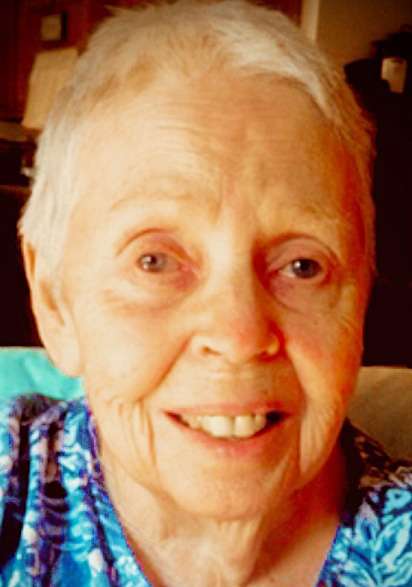 Donna Jean Wagoner, age 91, of Swanton, peacefully looked into her loving husband’s eyes for the last time and opened her eyes upon Jesus for the first time on Friday morning, September 9, 2022 at her home, where Jean was presently being cared for by her daughter, Joni and son-in-law, Aaron; who were also by her side.

She was born at home in Swanton on September 7, 1931 to Walter J. and Esther (Watson) Roth. Jean graduated from Swanton High School in 1949.

While playing tag as a child at Brailey Union Church, her life would change forever as she met the love of her life, James E. Wagoner.

They were united in marriage on November 28, 1953 and together shared 68 years together; while being blessed with four children, Judy, Jeri, Joni, and Jeff.

For many years, Jean served as a nursery school teacher and also as a piano instructor.  She was an accomplished artist, especially in painting.

Jean was a member of art clubs in Swanton and Florida and never hesitated to help others with their artistic talents.

She also enjoyed crocheting, knitting, and tending to her flower garden. Jean was a member of Brailey Union Church in Swanton.

Jean was preceded in death by her daughter, Jeri Keefer in 2020 and brothers, Alan and Bill Roth.

A memorial service honoring her life will be announced at a later date.

Those planning an expression of sympathy are asked to consider memorial contributions to Brailey Union Church, 5571 Co Rd 3, Swanton, Ohio 43558 in Jean’s memory.