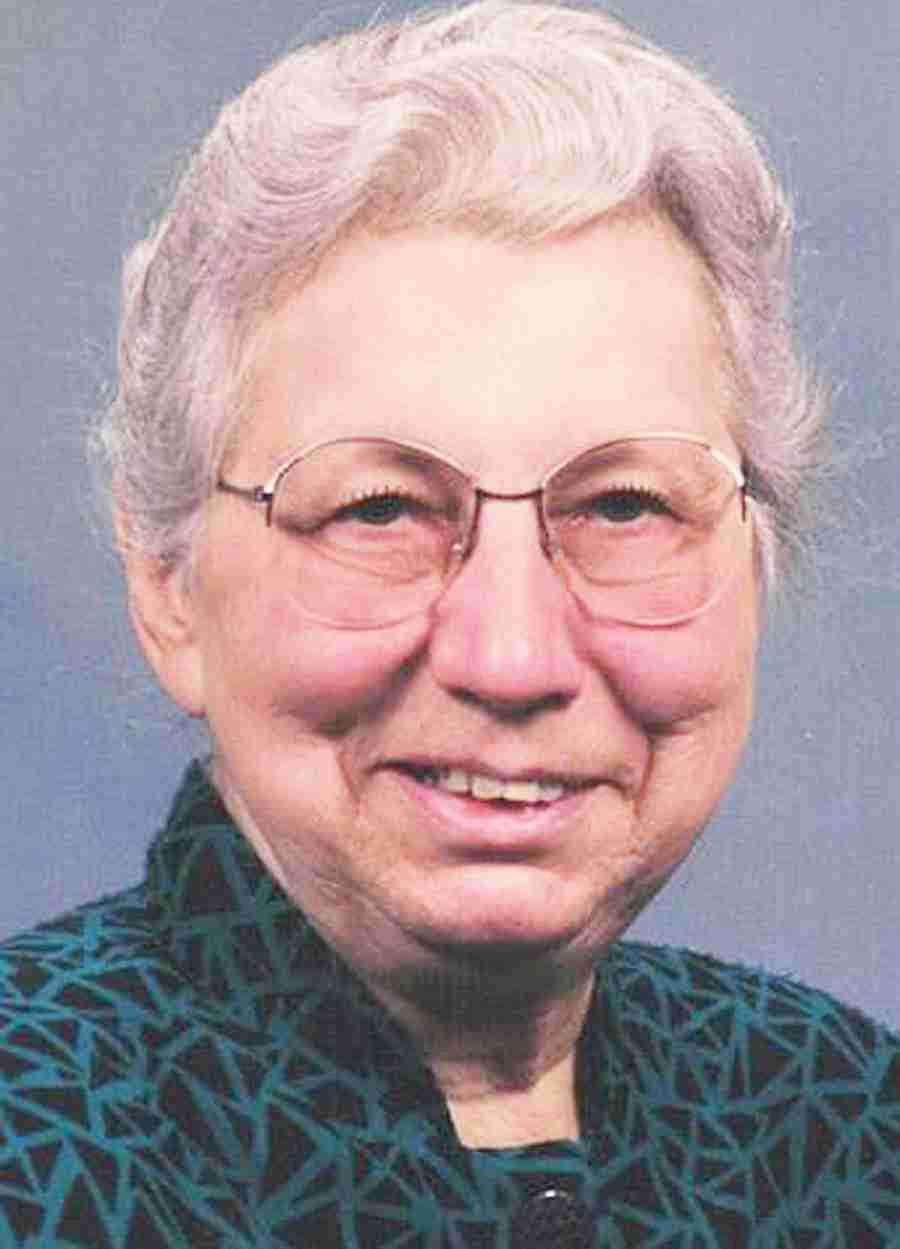 Before living in the nursing home for several months, Doris lived in Independent Living at Fairlawn. Before moving to Fairlawn, she lived her entire life in the Wauseon area.

Doris was born on March 9, 1924 to Aaron and Jemima Klopfenstein near Wauseon. She was preceded in death by her mother and father and three sisters, Frances Beck, Mable Gisel Stuckey, Ellen Aschliman Whitlock and two brothers, Arthur and Roy.

Although Doris had no children of her own, she had many nieces, nephews and family members who were very dear to her.

Doris graduated from Pettisville High School as salutatorian of her class in 1942. After graduation, Doris worked in a secretarial position at Ackerman Insurance Agency for approximately three years and at Wauseon Woodworking Co. for twenty years.

Following that she worked as a salesperson for Tupperware for forty years. Doris built her business up, became a unit leader and drove a company car for twenty years.

Doris attended West Clinton Mennonite Church as a child and was a lifelong member there.

She started teaching children’s Sunday school and Bible School classes when she was quite young and continued for many years.

She also helped with Bible Schools at Good Shepherd Mennonite Church and in other locations such as Defiance, Toledo, Southern Ohio, and Texas.

Doris had a passion for working with migrant children and learned to communicate with them, even leading singing in Spanish.  When reflecting on challenges in life, Doris always said “The Lord helped me through it.”

Services will be held on Sunday, September 11, at 3 PM at West Clinton Mennonite Church. Friends may call from 2-3 PM before the service. Interment will be in the Pettisville Cemetery.

The family suggests that memorials be given to the Mennonite Foundation, West Clinton Mennonite Church, Hospice of Northwest Ohio or the donor’s choice.  www.ShortFuneralHome.com