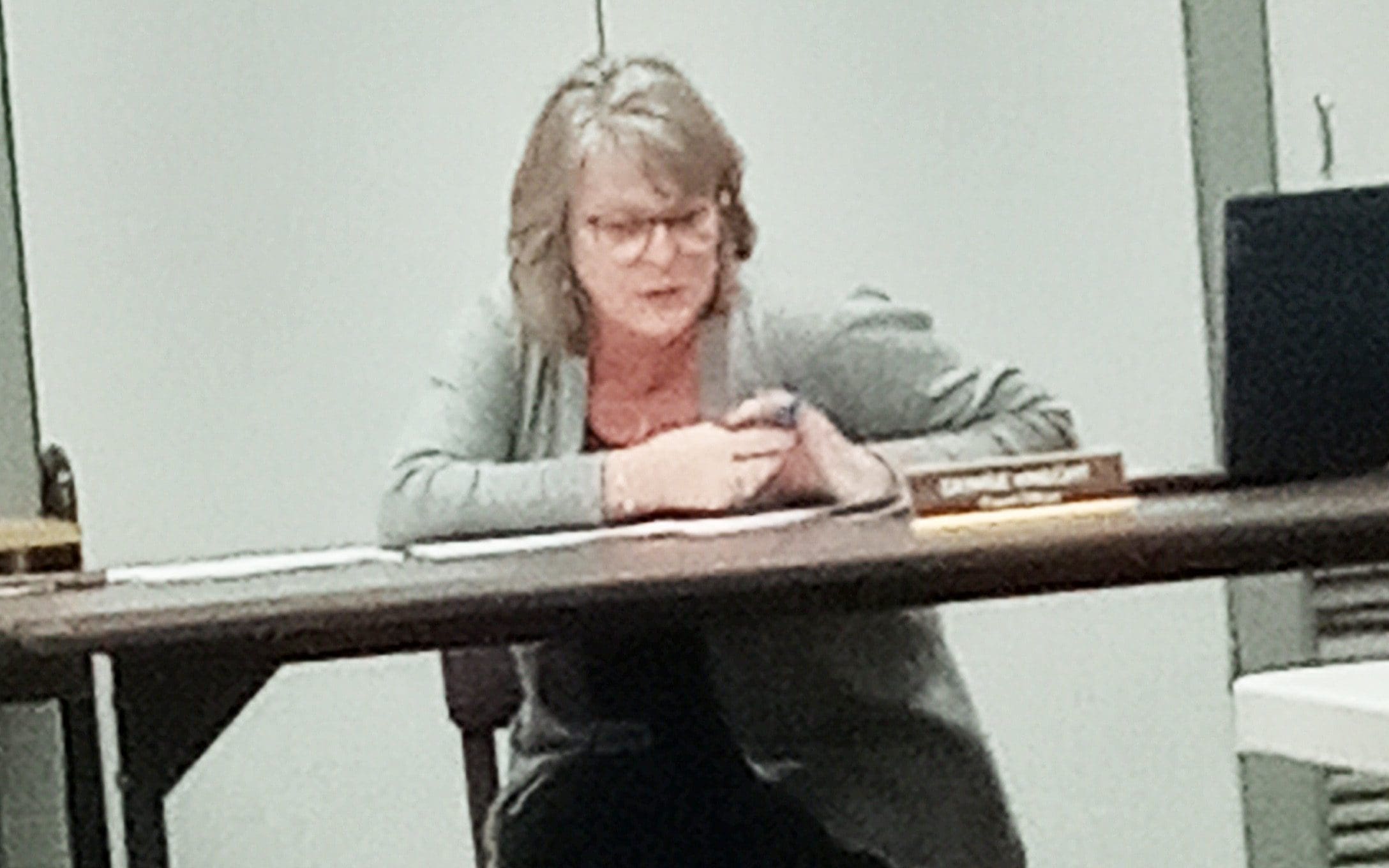 The December 6 Edgerton Village Council meeting began with the Pledge of Allegiance, followed by a prayer from Mayor Robert Day.

First, council approved the meeting minutes from the November 15 meeting.

Mayor Robert Day then gave the mayor’s report. Day thanked all the participants who were involved with Santa and the lights parade.

Day said that it was a huge success, with more than 200 people attending.

Council did not request a hearing, so the request passed.

Fitzcharles said that the hiring will allow Edgerton Village to do some things on their own. She stated that although it will be more work, it will be worth it.

Fitzcharles also said that the village recently held a celebration party for Edgerton Fire Chief Scott Blue for 50 years of service on the fire department. That includes 30 years as fire chief.

“He has been a great asset to the area,” Fitzcharles said.

Denise Knecht then gave the fiscal officer report. She said that the credit card review was ready, as was the November financial report.

A motion was then made to pay the bills, which was approved by council.

Next, in the wage and compensation meeting from November 29, there was concern over the high amount of health insurance for the coming year, with $912 for single and $2,388 for family.

Council wants to meet earlier in the year, after the first quarter, to discuss the increase.

Council then passed Resolution 2022-027. This provides for a new fund, a “credit memo clearing fund”, consistent with the requirements of Ohio Revised Code 5705.09.

Next, council approved Resolution 2022-028, an increase in the amount of money involved in the Safe Routes to School Fund.

That was followed by council approving Resolution 2022-029. This rescinds fund 212, which is the American Rescue Plan Fund.

Next, council approved the second reading of Ordinance 1112. This reading involves the approval of employee wages and salaries.

This ordinance will have a final reading at the December 20 village council meeting and will need to be passed then, so that the first pay period of those wages can be paid out in January.

Council then approved of the second reading of Ordinance 1113. According to the agenda, this ordinance “establishes the permanent appropriations for year 2023.”

That was followed by council approving Ordinance 1114. According to the agenda, this ordinance provides “for a supplement to the 2022 annual appropriations.”

Next, council approved of the Village of Edgerton’s agreement with the Ohio Department of Transportation (ODOT), agreement No. 38443, for winter salt rental.

Council then approved of the Oak Street Sidewalk, change order number one. The project will then be evaluated in the spring.

Next council approved of the resignation of councilman Tom Karnes, who is moving out of the area.

His last time meeting with Edgerton Village Council will be December 20.

Gruver thanked Karnes for his service to the Village of Edgerton.