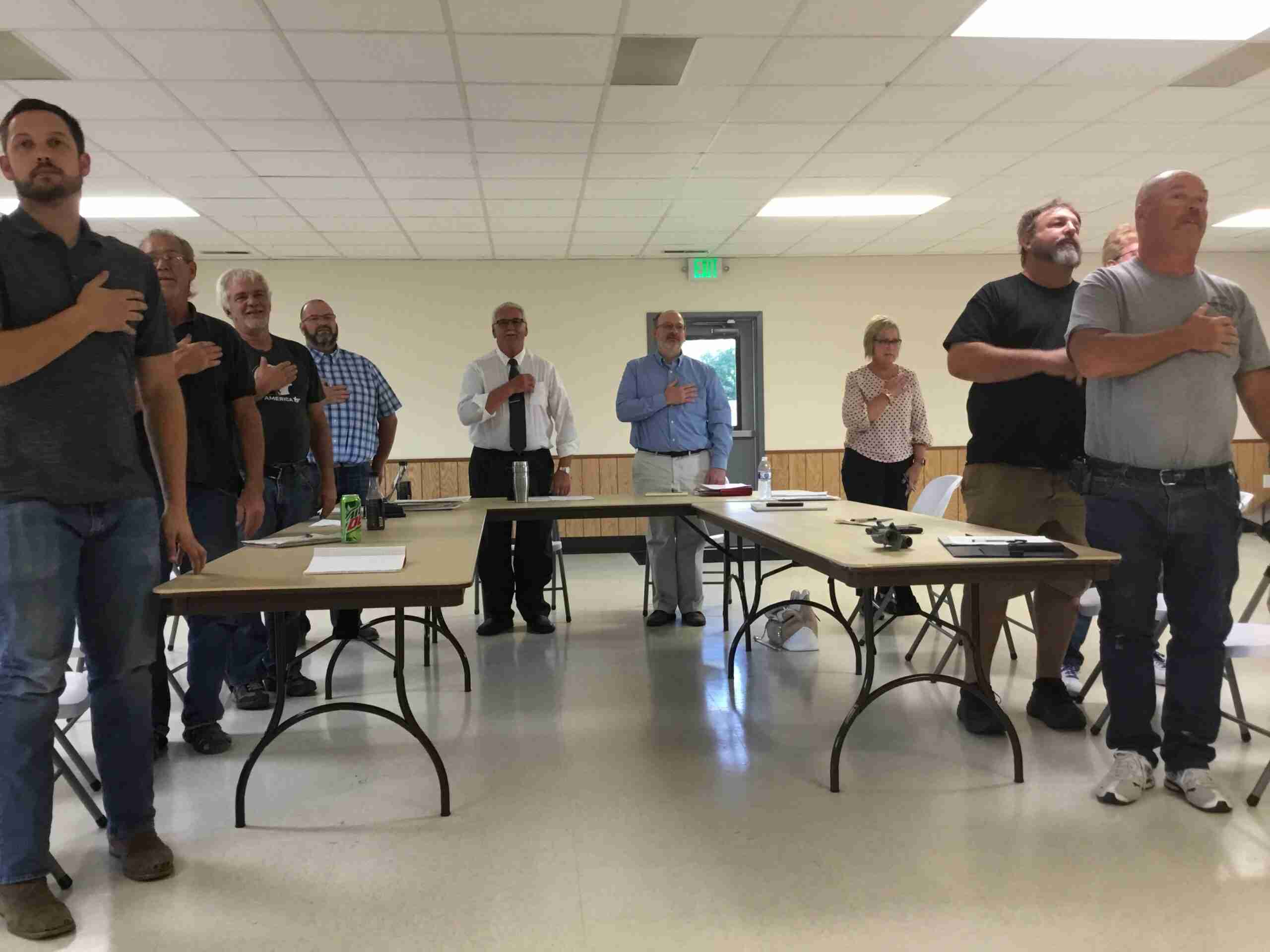 It was announced at the September 8, 2021 Edon Village Council that the Large Trash Pick-up will be held on October 16.

Council member Dan Ankney reported for the Safety Committee that a meeting was held and a discussion was held concerning speeding through town. He asked Police Chief Tom Szymczak to report concerning that situation.

The Chief explained that there was a petition from some of the village residents asking that something be done as there are school bus stops and children in the area.

He responded by sitting with his radar on in the area to check speeds going both ways but did not have any huge overages.

There was a 42 in the drop zone from 50 to 35, and one a little over in the other zone, but he does not see that as too bad. The petition is asking for some signs that will slow drivers down.

He said that the Safety Committee had already discussed getting some flashing speed signs that would tell drivers what their speed is, to slow them down, so they are getting those ready to put out in four different places.

They can set the messages to say Slow Down and let them see their speed as well. They are getting ready to put in the foundations for those signs and get them in. He said they will continue to monitor it.

Brook Morris, for the Park Board, reported that a short Park Board meeting was held that evening, and that they had accepted a check from the Edon Foundation, in the amount of $21,572, to improve the village parks.

They are talking about replacing the old wood structure at Walz Park and this money will really help. Also Dimension Veneer is giving them $20,000 for the parks as well and have asked that they use wood for the structure.

They will also be working on making it handicap accessible as well. Presently they have $41,000, and will be applying for a Nature Grant in February 2022, and their goal is to have #100,000 for the job.

$10,000 is in the budget each year so they will have that for 21 and 22. They hope to put up a sign downtown that will track the fundraising.

Village Administrator Chad Ordway stated that Finance Committee will be meeting at the end of the month. He reported on regular work that his crew has been doing and said that he bought a new wood chipper at an auction and will be getting that for the village.

In Old Business, Council voted on the Third Reading of Resolution 07-21 “Recommending changes to zoning code and referring to the planning and zoning, regarding maximum size and lot coverage area for temporary accessory structures and referring to proposed amendments for review and recommendation by the Village Planning and Zoning Commission.”

A motion was made and seconded and the vote was taken with Brook Morris, Lee Lawrence and Mike Lirot voting against and Dan Ankney, David Loughborough and Brandon Thiel in favor.

Law Director Tom Thompson said to the mayor that because it was a tie, he would need to vote to break it. Following a short silence, Mayor Thiel said,

“I think it should pass. We have went through this for months and months. I vote yes.” Thompson then stated that the legislation passes, will be referred to the legislative and planning commission who will talk about it and bring it back again to the council.

In New Business, Ordinance 07-21 “Accepting the bid of Siebenaler Construction for the maintenance building”, was brought up, as well as the need to suspend the three reading rules and declare it an emergency.

Loughborough asked how that was to be done and Ordway responded that it would be through a bank loan which will be a ten year fluid/20 year payoff.

The goal is to pay it off in ten years as it is coming from a number of different budget lines.

Following some discussion about the loan and how much it will end up costing the village, the vote was taken on the ordinance with Morris voting against and everyone else voting in favor.

Before adjournment, council went into an Executive Session to discuss property acquisition and potential litigation, with no action anticipated.