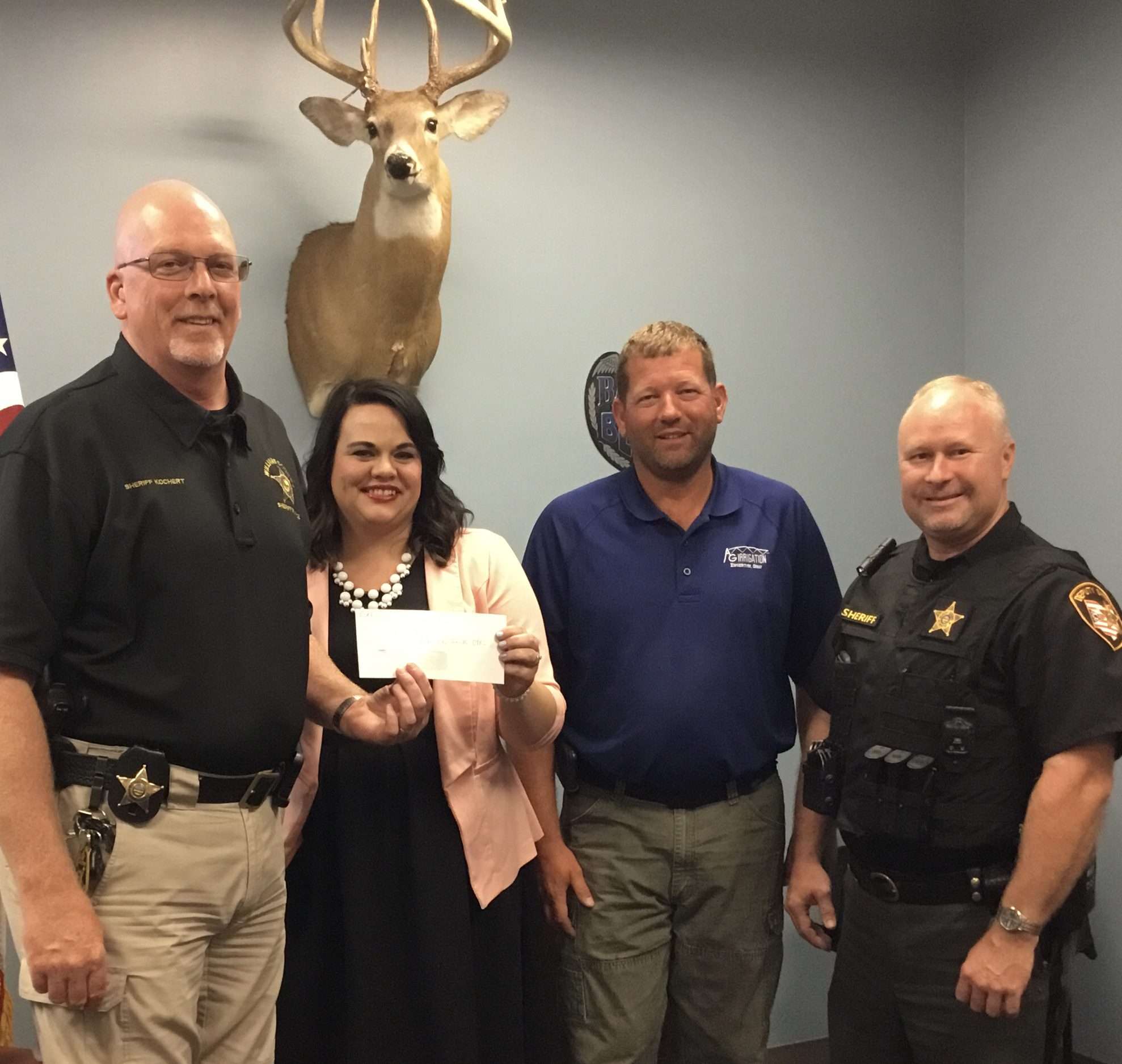 EDGERTON FOUNDATION … The Williams County Sheriff’s Department was the recipient of a check in the amount of $1,350 from the Edgerton Foundation, to help pay for the six bullet proof vests which have been purchased for the Sheriff’s deputies. Making the presentation to Sheriff Tom Kochert on September 9, 2021, in his office in Bryan, were EF Foundation President Andy Farnham and Administrator Jamie Vonalt. Deputy Doug Moser was asked to be in the photo as he was wearing one of the Vest/Carriers. Moser said that the new vests are much lighter, allowing their mobility and flexibility to be greater, and making their job so much easier. Kochert has allowed the officers some freedom in determining what they have in their carrier vest. The total cost of the vests was $8000 and Kochert said that he will need to swap them out in a rotation as they have to be replaced every five years