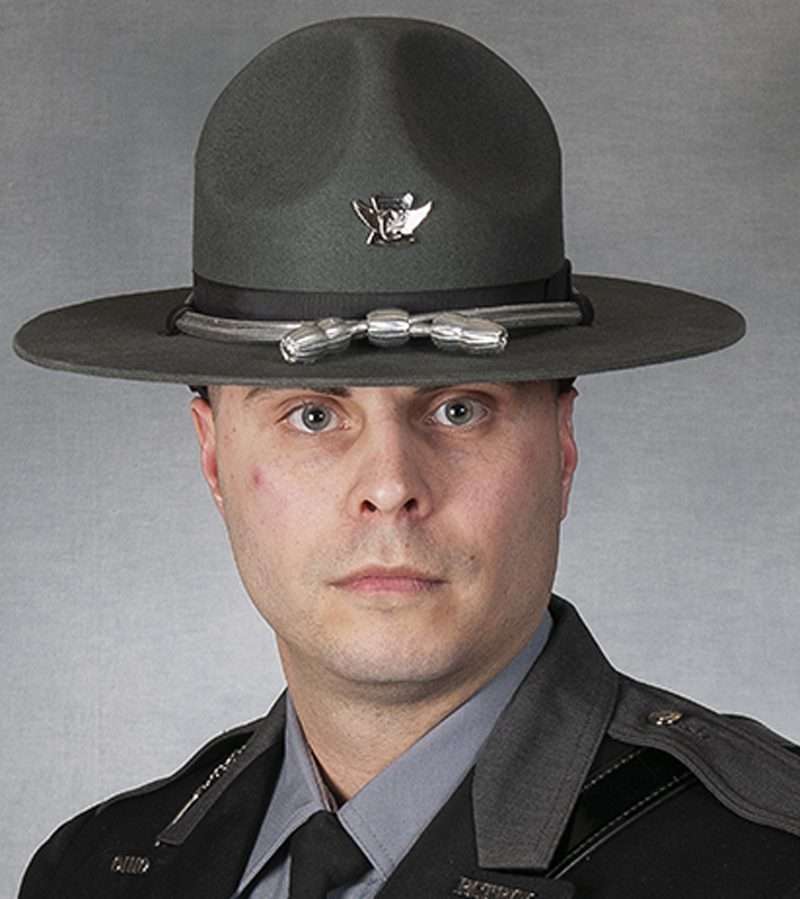 Swanton, OH – The Swanton Post of the Ohio State Highway Patrol is proud to recognize Trooper Eric Stroud as the 2021 Post Trooper of the Year.

This award is voted on by his supervisors and peers at the Swanton Post and is a recognition of the outstanding service Trooper Stroud provided to the people he served.

Trooper Stroud earned this award based on his leadership abilities, professional ethics, courteous treatment of others, enthusiastic work attitude, and cooperation with supervisors, peers, and the public.

Trooper Stroud is now in contention for the District and State Trooper of the Year Award to be announced at a later date.

Trooper Stroud joined the Patrol in 2006 and has spent the majority of his career at the Swanton Patrol Post.

Originally from Ida, Michigan and a graduate of Ida High School, Trooper Stroud has also received his BA from the University of Toledo in Criminal Justice.

During his career, Trooper Stroud has received the safe driving award, physical fitness award, criminal patrol award, and was also a previous District Trooper of the Year.