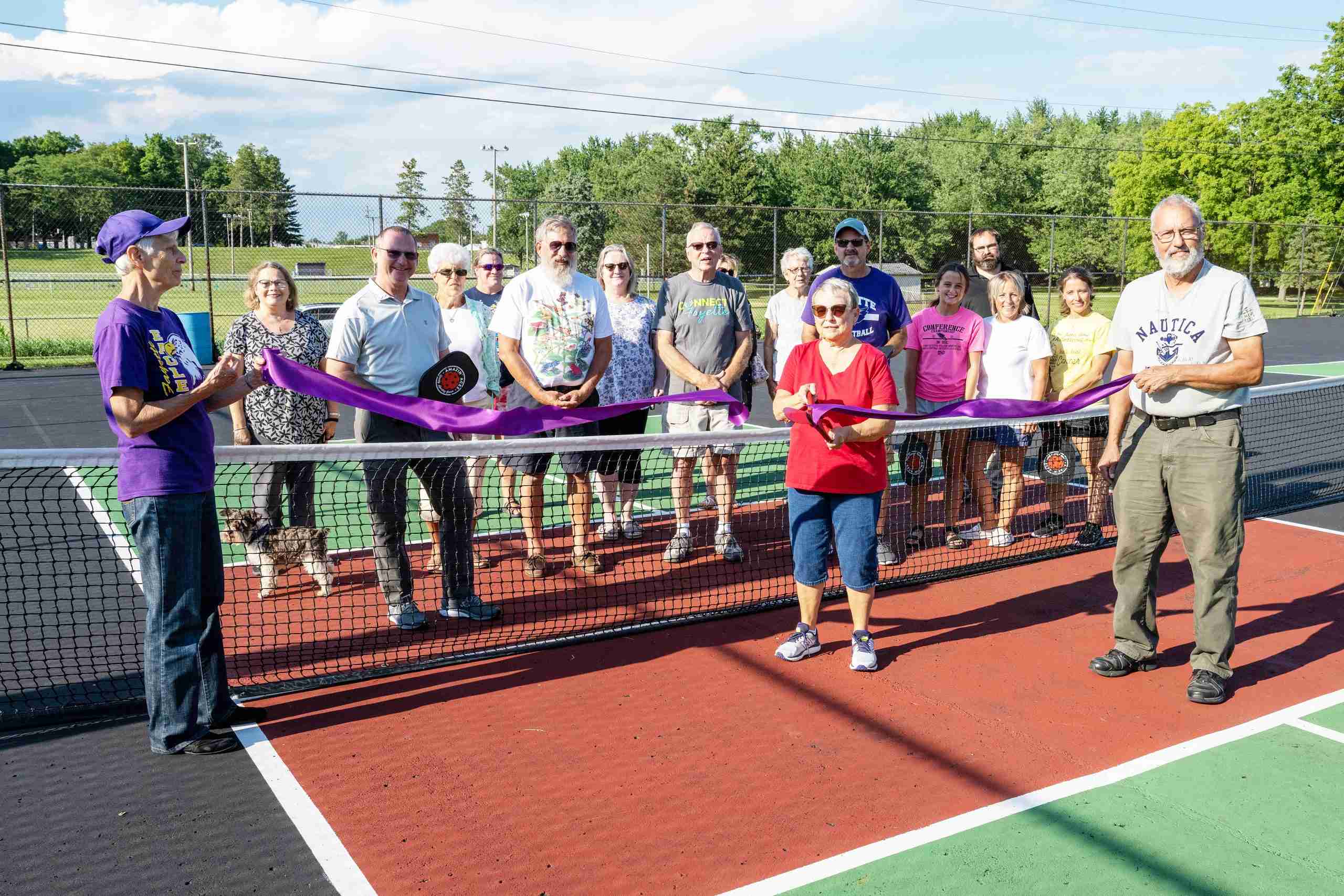 RIBBON CUTTING … Many who helped to make the new pickleball courts a reality came out to hold a ribbon cutting. Following the ribbon cutting, a demonstration was given on how to play pickleball. (PHOTO BY JACOB KESSLER, STAFF)

Kris Keiser explained that the project has been in the works for a while now. The idea began with a casual conversation at the Legion Hall. A person at the hall worked for the Northwest Ohio Adult Tennis Association and a conversation took place between the two.

It later shifted to the topic of pickleball and Kris Keiser asked if the tennis courts could be converted to a pickleball court. The answer was yes which led to the idea being started.

It was not yet known at the time what condition the courts were in, which was in disrepair according to Kris. A good number of large cracks covered the asphalt that ended up being too large to repair with crack fill.

The budget was originally set at $4,500 and the work was started to receive donations for the court. A different method than crack fill was used and most of the issues were taken care of.

Over a dozen people worked in the hot weather for several weeks to complete the project which was finally complete recently. The budget however was not able to stay the same with the actual number going a little bit above that amount.

Donations received from local organizations have come in to a little over $4,300 thus far with hope for more.

The good thing is that now the courts are ready for people to play on. “We would like to encourage the community to come down and use it and have fun. We all did this as a community project, as a gift to the community,” said Kris Keiser.

Special thanks were given to the Our Lady of Mercy Catholic Church, the Fayette CDC, the Fayette Ministerial Association, the Fayette United Methodist Men’s Group, Bob Keiser, and all who helped to make the project come together.

The Fayette Library will have paddles and balls available for check out to those with a library card starting Friday, August 19th.