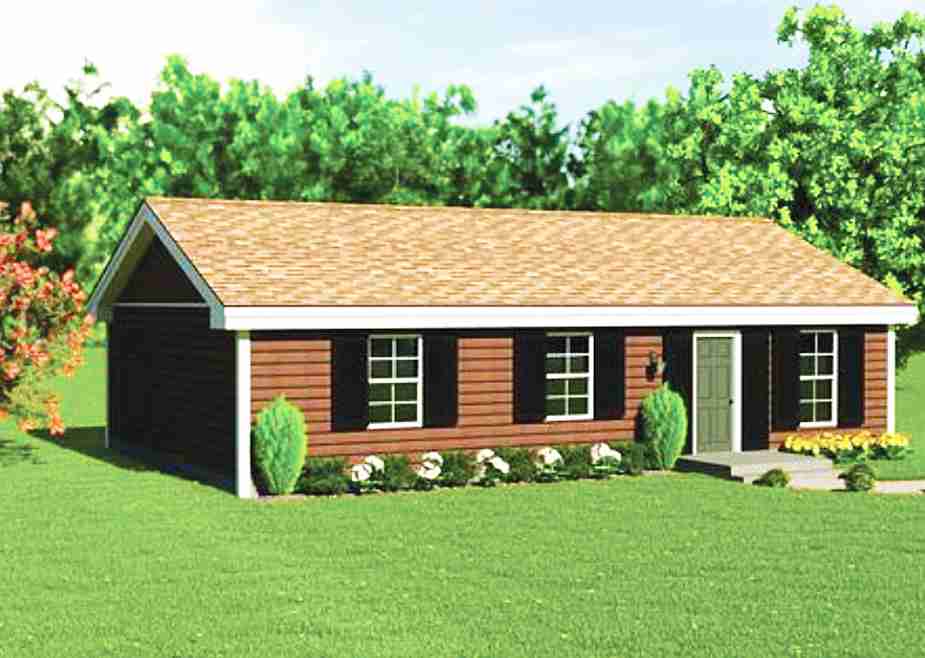 “GRASS ROOTS 1”… This projection is of the home to be located on the corner of 503 Ohio St. in Montpelier, being put up by the Williams County Port Authority as part of their efforts to bring more housing to Williams County. In the words of WCPA clerk, Dawn Fitzcharles, “We are excited to start construction on this property by the end of the year. The idea to develop spaces in older neighborhoods and build new affordable homes is a great thing for the health of the neighborhood and breathes new life in the area.”

Decisions were made, focused around the 503 Ohio St. property in Montpelier. Board Chair David Newcomer asked Sean Rupp to update the board.

Rupp said that he had been meeting with individuals to work out the details and a formalization needed to be made so that the house can be built this fall.

Following a short discussion, including that they will be using a specific model house with 1000 square-feet with three bedrooms and one full bathroom, the board made and approved a motion to give Clerk Treasurer Dawn Fitzcharles and Sean Rupp the authority to execute all the documents needed, including construction agreement, zoning applications, and loan documents.

The goal will be to have the house closed in by Fall and available to sell by spring.

For the public, Fitzcharles stated, “We will make every effort to propose projects that keep in mind the ferver and flavor of the area, and that will serve the community well.”

“We appreciate the Williams County Land Reutilization Corporation (Land Bank) for working with us to help us work toward reaching our goal of developing affordable housing to address Williams County’s identified housing shortage.”

They have already identified another lot they would like to do the same thing with in Edgerton. The village owns the lot and wants to split it with half going to Habitat for Humanity and the other going to the Land Bank which is moving it on to the Port Authority.

Fitzcharles asked the board to indicate which of the lots they would like to have and using the picture she had, they chose to take the parcel further away from a road intersection.

Both parcels are next to a park with a playground and a basketball court, and a small splash pad will be put in there as well, so the houses will be great for families with small children. A motion was made and approved to choose the second parcel of land.

She also alerted the board that at some point in the future the bus barns will be moved and that property will be available.

The board passed a resolution designating the State Bank and Trust Company as a public depository. Also approved was a resolution designating Dawn Fitzcharles, Clerk-Treasurer and Secretary, and David Newcomer, Board Chair, to be assigned to the depository accounts with State Bank & Trust Company. Newcomer informed the rest of the board that Fitzcharles is also now bonded.

The board went into an executive session to discuss the acquisition of property, with no action taken. The group discussed the need to contact vacant lot property owners around the county to determine if they would be interested in selling for development.

Discussion was also held on the scheduling of an open house with local contractors and builders to discuss what the WCPA is doing and how they can partner to complete projects.