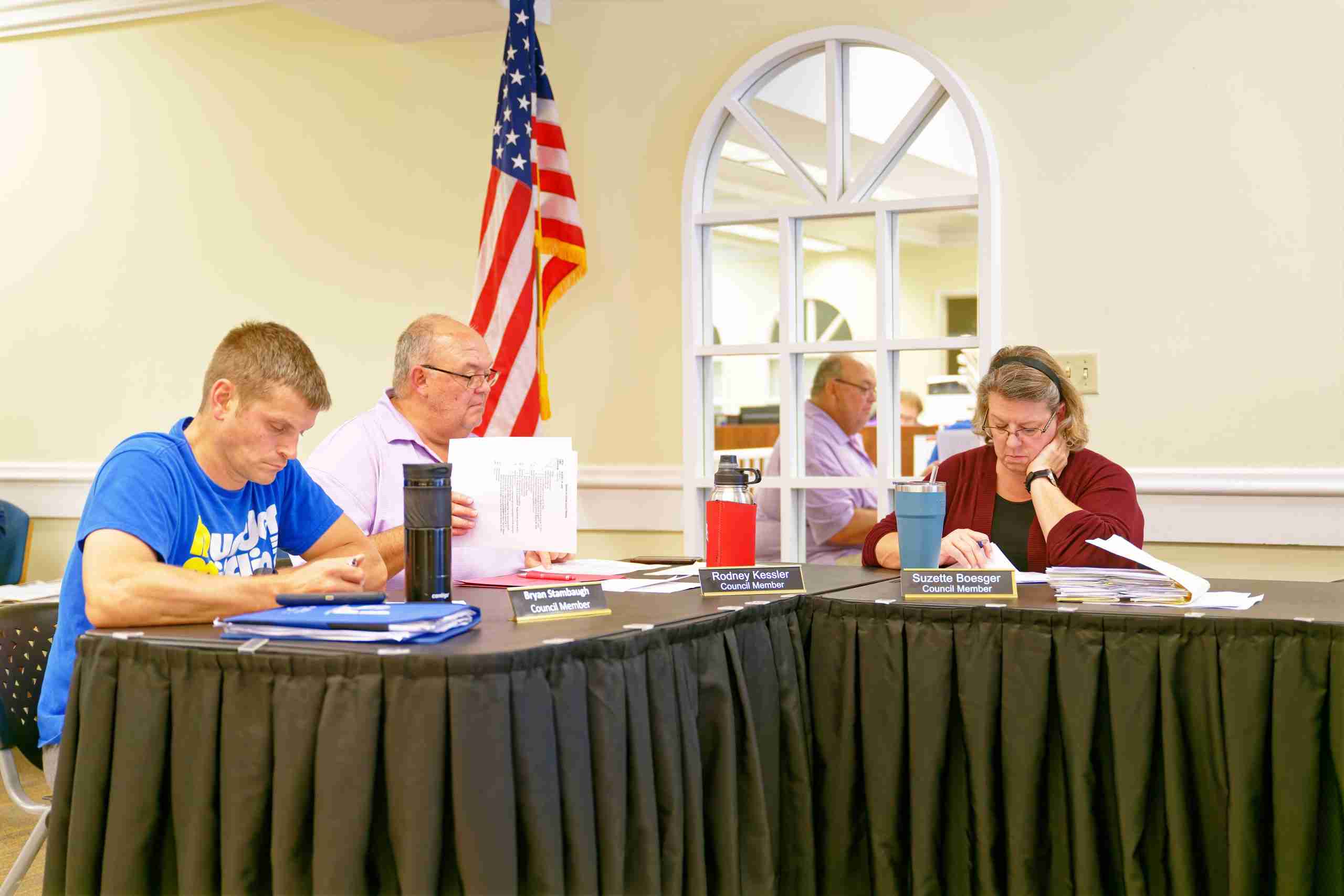 The Fayette Village Council held their meeting on Wednesday, August 24th. The meeting began at 6:00 p.m. with a prayer and the Pledge of Allegiance.

Council first moved to approve the agenda as amended, as well as the minutes for the following meetings.

The introduction of visitors took place next with council receiving an update regarding the Fayette Community Development Corporation.

The next meeting for the CDC will be held on September 19th at 7:00 p.m. A larger meeting space is being looked at due to more people attending the meetings.

For the mayor’s report, the Fall Fest will be taking place in Fayette on September 24th. The Fayette Opera House will be opening for their 2022-2023 season on October 9th and the 150th anniversary will be next year.

Moving to the administrator’s report, some bridges were inspected, and the reports for these will be received later this year.

The topic of an employee clothing allowance was discussed and included clothing that shows the village name in order to show pride.

Additional funding for lead service lines will be coming available in the future and research is being done to see if it could be worked into the existing water project.

Fiber internet service was discussed next as well as an update regarding the splash pad project. It is looking as though an extension will be available to push the project out further to December.

Promotional materials are being looking into for the village’s 150th anniversary and the administrator will be out of the office from August 29th to September 7th.

A conversation took place with ARS, and it was decided to stick with the same trash options. Dollar General Corporate was contacted in order to ask for produce to be included in the store. A tree on South Gorham Street has an issue and will be taken care of.

The VFO’s report took place next with a discussion regarding tax collections and RITA taking place first. A motion was then made and approved to appoint Mat Johnson as the delegate and Karin Sauerlender as the alternate for RITA.

A discussion regarding police radios took place next in regard to the upcoming switch taking place in the county.

The original thinking was that six radios would have to be replaced but information was obtained to show that three radios can be updated for a cost of $1,000.

The other three radios will still have to be replaced at a cost of $15,000 which will be substantially lower than $30,000.

The 2023 health insurance renewal results are in, and it shows an increase of 3.25%. It was stated that the amount is substantially lower than elsewhere in the state.

Council then approved the list of bills for payment in the amount of $68,289.27. Council next moved to approve the following agenda items. Ordinance 2022-07 for supplemental appropriations.

With no further business to attend to, council moved to adjourn at 6:27 p.m.