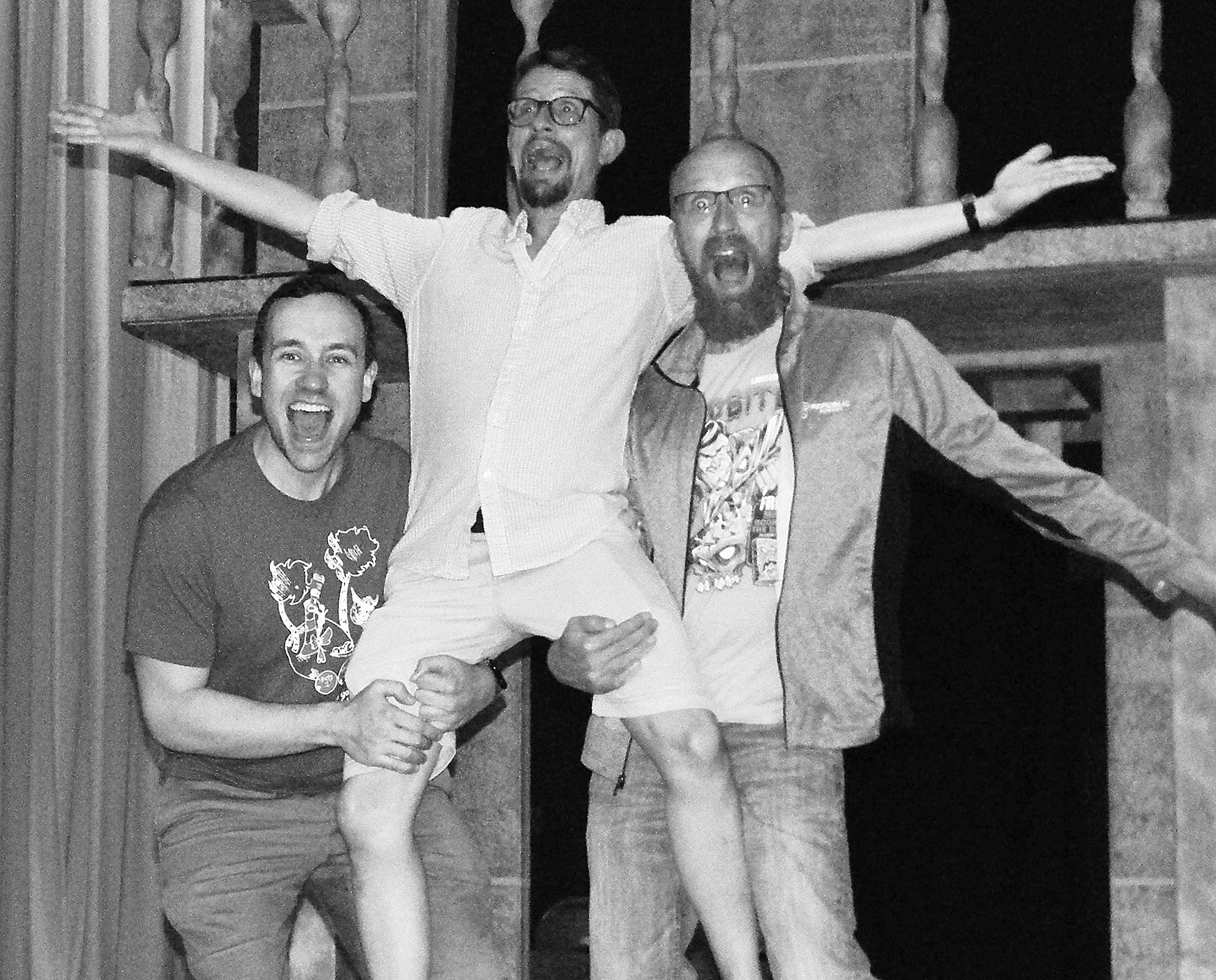 GETTING READY … Rehearsing a scene from Fountain City Festival’s upcoming musical, “A Funny Thing Happened on the Way to the Forum,” are (left to right) Adam Coon, Denver Henderson who plays the lead character, Pseudolus, and Jeremy Scott. The show will be presented at the Bryan Arts and Education Center on July 21, 22, 23 and 24.

(PRESS RELEASE) Fountain City Festival will present the classic musical comedy, “A Funny Thing Happened on the Way to the Forum,” for its annual summer production. Show dates are July 21, 22 and 23 at 7:30 P.M., and July 24 at 2:00 P.M. at the Bryan Arts and Education Center.

The show’s musical score was composed and lyrics written by the late Stephen Sondheim, and features his crowd-pleasing song, “Comedy Tonight.”

Set in ancient Rome, the plot revolves around Pseudolus, a Roman slave who is determined to win his freedom by helping his owner get the girl who caught his eye.

Tickets for “Forum” can be purchased at the Bryan Main Library circulation desk; the library opens at 9:00 A.M. Monday through Saturday; it closes at 8:00 P.M. on Monday; at 6:00 P.M. on Tuesday through Thursday; at 5:00 P.M. on Friday; and at noon on Saturday.

Tickets are also available on line at fcf.theater. Ticket prices are $15 for adults, and $10 for seniors and students. The show is considered PG13.