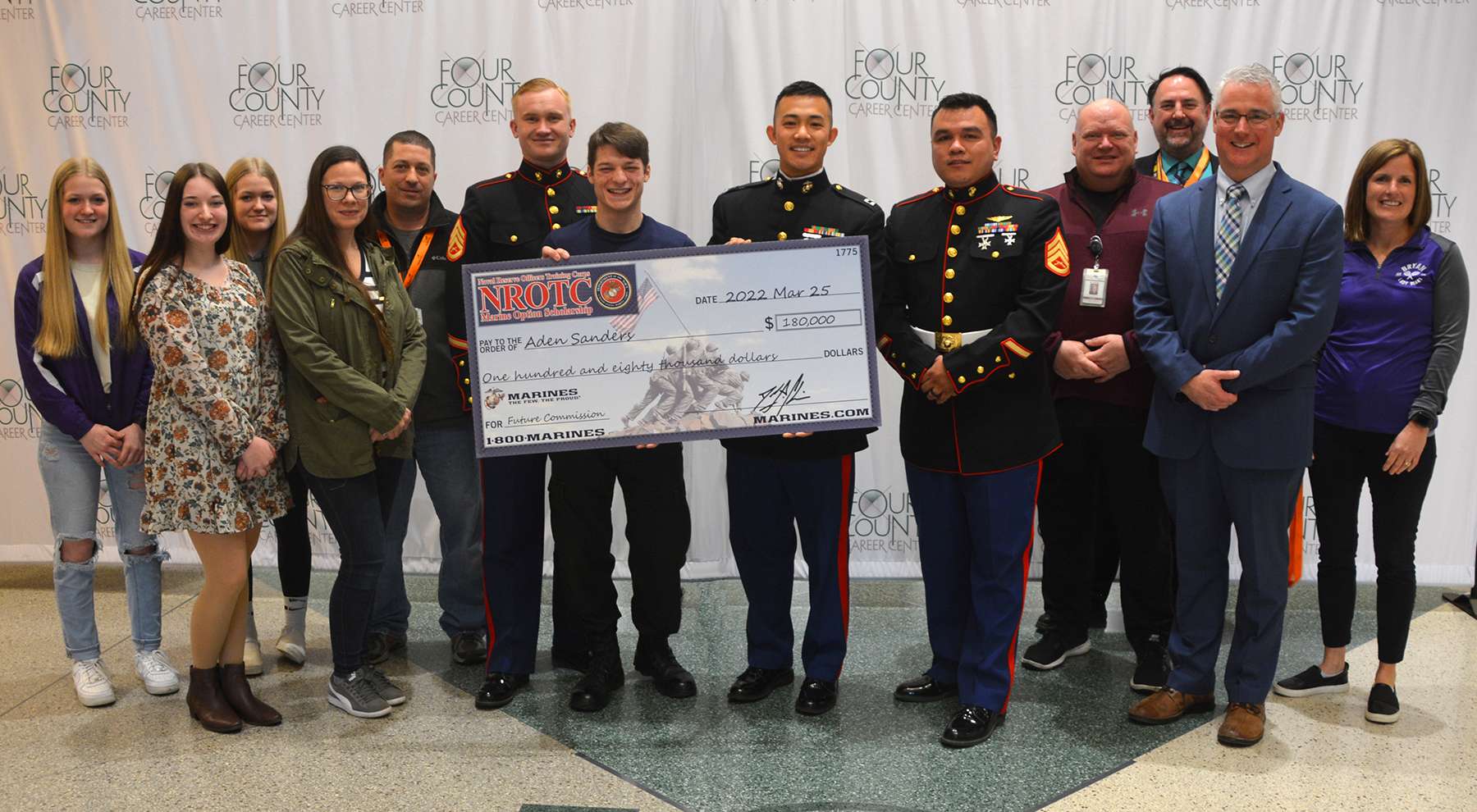 Other Marine Corps Officers, Career Center and Bryan High School personnel, and Aden’s family were on hand during the presentation.

Aden started applying for the NROTC scholarship last Summer. He had to meet all the requirements including maintaining a GPA of 3.6 or higher, a physical fitness test, extra-curricular activities, and interviews highlighting his leadership capabilities.

Aden is one of eight who beat out 300 applicants in northern Ohio and southern Michigan to earn this college scholarship. “It’s sort of like a full ride scholarship to the university of their choosing,” said Capt. Chang.

“Once Aden goes to college, he’ll do his undergrad, get his degree. On top of that he’ll have additional training and requirements but it’s fully paid off by the Marine Corps.”

Aden will attend the University of Arizona and major in political science and with his funded college education he will commission as a Marine Corps officer upon graduation.

A Bryan High School student, Aden joined the Law Enforcement & Security Tactics program at the Career Center his junior year and will graduate in the Spring.

Aden’s instructor, Kevin Thomas, has this to say about Aden as a student, “I am very proud of Aden. He is one of the hardest workers that have completed our program here at Four County.

The Law Enforcement & Security Tactics program is a great stepping stone to get started in the direction of Military Service.

Aden has excelled in our program and earning the NROTC scholarship is a great example of what can be achieved.”

Aden’s achievement in obtaining the NROTC scholarship has eliminated any stigma people may have about career centers.

Superintendent, Tim Meister, said “It’s phenomenal for Four County. Obstacles that are perceived that don’t exist are now proven not to exist.”

“Students now see they have every opportunity at Four County as they do at other educational institutions. For us that speaks volumes.”