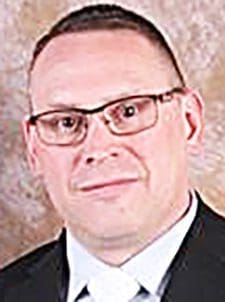 Zuver was elected as the Clerk of Courts with his term beginning on January 2nd, 2017.

Zuver was born and raised in Archbold, Ohio which he attended and graduated from Archbold High School.

Zuver then attended the Criminal Justice Training and Education Center in Toledo, Ohio where he obtained his Ohio Peace Officer’s Certificate in 1990.

Zuver served with the Fulton County Sheriff’s Office for 27 years where he first served as a corrections officer, then was promoted to deputy, then sergeant.

In 2013, he was promoted to chief deputy under Sheriff Roy Miller and served in that position until being elected as the clerk.