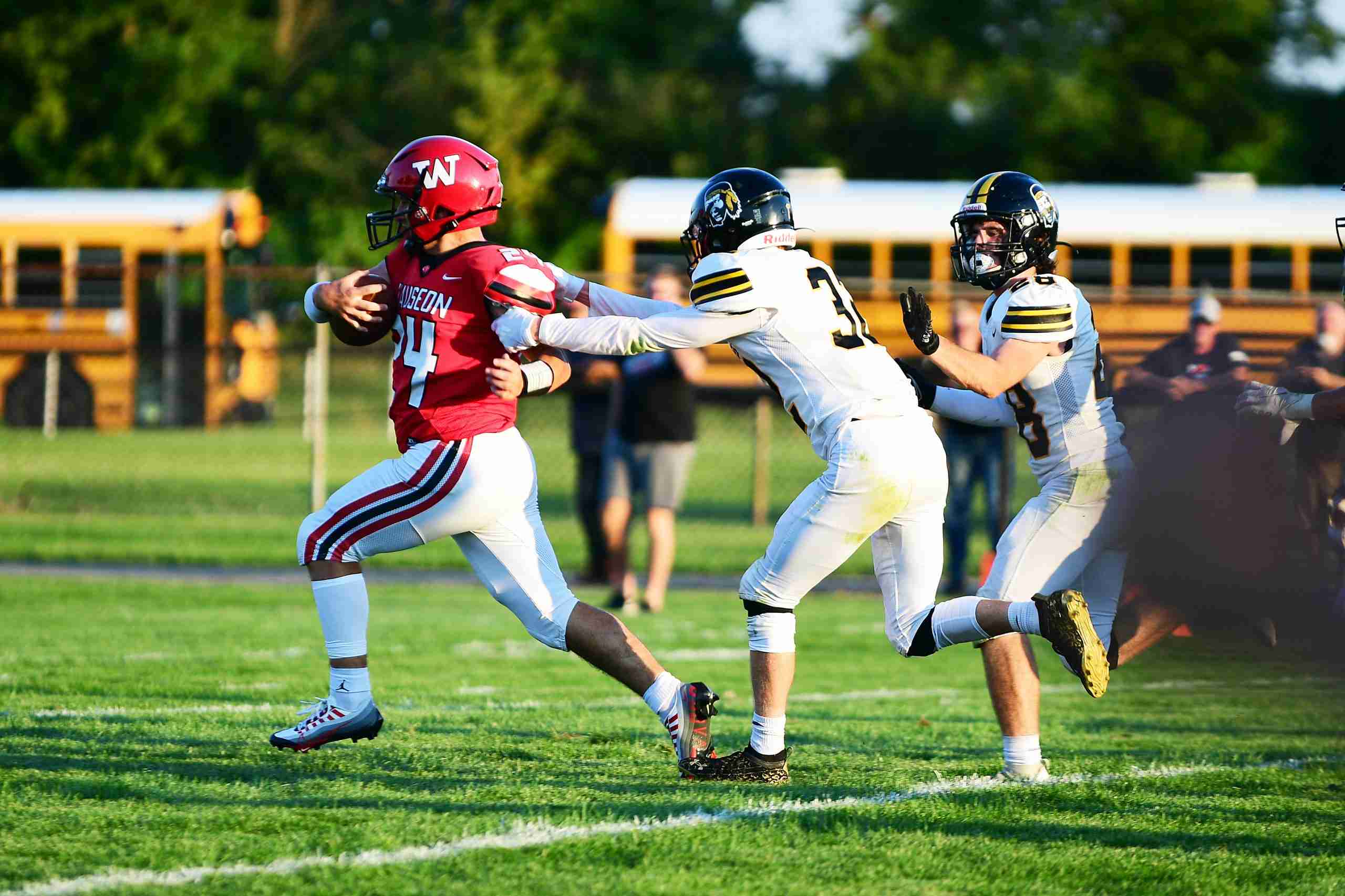 SHEDDING TACKLER … Wauseon running back Ryan Friend fights through a Fairview tackler on his way to a first half touchdown run. ((PHOTOS BY LINDSAY PHILLIPS, STAFF)

WAUSEON – After a shaky first possession, Wauseon found the end zone on straight drives and sprinkled in a couple defensive safeties to roll to a 59-7 win in their season opener.

The Indians moved the ball to Fairview’s 20-yard before a bad snap and then a fumble recovered by the Indians stalled the drive as it ended in a turnover on downs.

Wauseon had great field position on their second possession after forcing a Fairview punt and they took advantage.

A 13-yard screen pass by Elijah McLeod to Logan Carroll followed by a 15-yard screen to Sam Smith helped Wauseon move the ball to the six-yard line.

Carroll capped off the drive with a six-yard scamper around the left end to give Wauseon a 7-0 lead.

It was then the defense’s turn to get in the act after pinning the Apaches deep in their own end, the Indians blocked a Fairview punt through the end zone to make it 9-0.

Wauseon would find their rhythm in the second quarter starting with a six-yard TD pass from McLeod to Jude Armstrong to push the lead to 16-0.

The Indians continued to dominate field position on their next three drives as they started at the Fairview 37, 29, and 40-yard line, respectively.

All three possessions ended in touchdowns in a total of just six plays with Ryan Friend running for a score and McLeod adding two touchdown passes as the lead ballooned to 39-0 at halftime.

The second half was played with a running clock as Friend added another rushing touchdown and backup quarterback Trey Parsons threw for two scores to close out the Indians scoring.