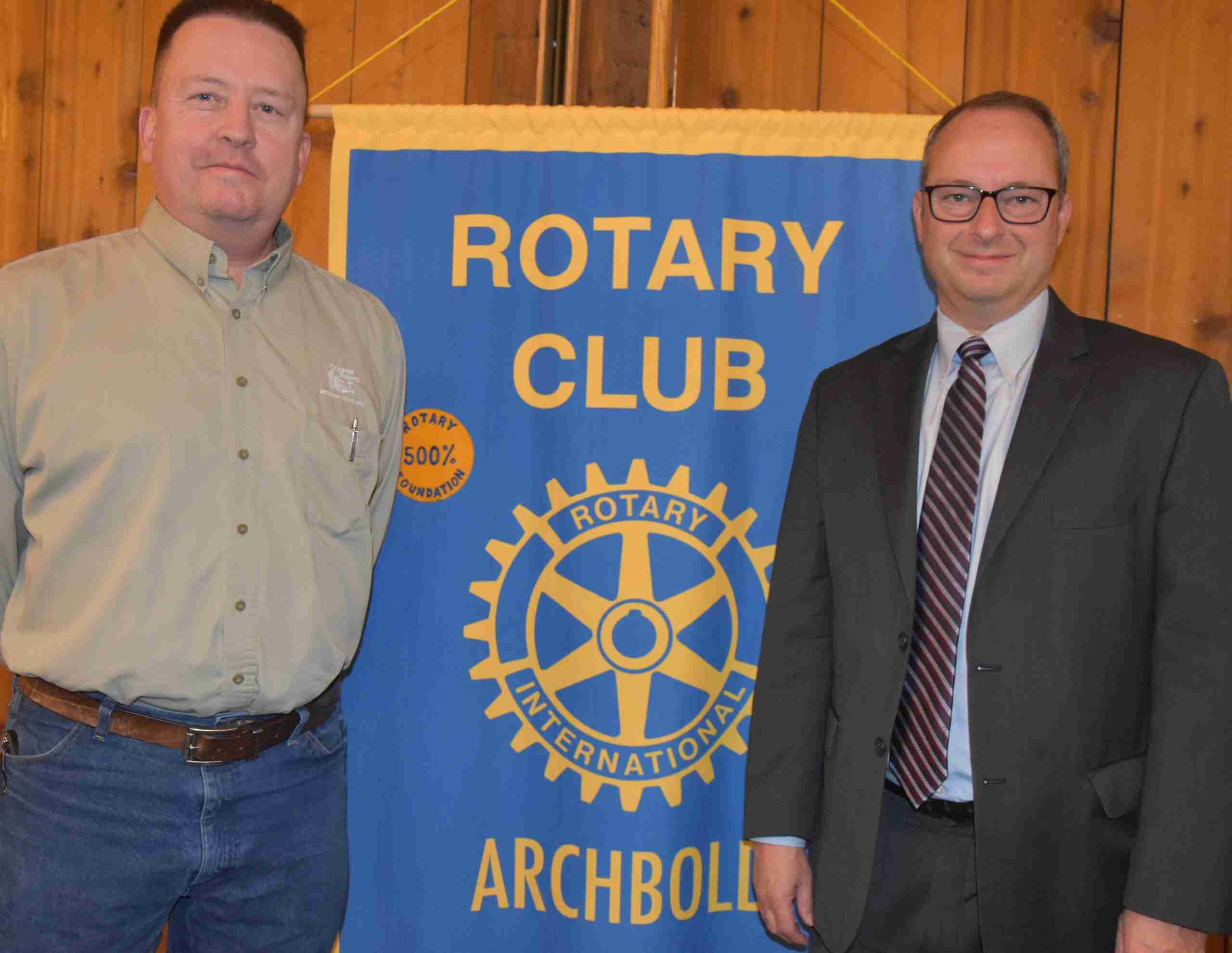 One of the nation’s largest turkey producers began on a small farm in northwest Ohio a couple miles north of Oakwood nearly 85 years ago with 500 turkeys. Cooper Farms, a fourth generation privately held company, raises nearly 15 million turkeys, more than 825,000 pigs and over 130 million dozen table eggs each year.

Greg Cooper (left), the general manager of Cooper Farms, told Archbold Rotarians how Virgil and Virginia’s turkey operation has grown to nearly 2,160 employees — most of whom work at locations in Paulding, Van Wert and Mercer counties — and some 400 family farms the company contracts with to raise their turkeys, hogs and laying hens.

Of the three types of livestock, Cooper said the company has vertically integrated all parts of the turkey operation with breeding facilities in Paulding County, finishing facilities throughout the area, a processing plant in St. Henry and a cooked meat plant near Van Wert where deli products are made.

He explained the company only uses tom turkeys for their own meat production that totals about 305 million live-pounds of turkey. About 14 percent of the turkey that they process is antibiotic-free.

The hen turkeys are sold to other companies primarily for the seasonal market. Hog production is primarily a breeding operation for Cooper Farms. They contract with family farms to finish the hogs to market weight and then another company handles all of the meat processing.

So, with 15 million poults (day old turkeys), 200,000+ breeding hens, 34,300 sows and 825,000 piglets, 5.5 million laying hens and 6.2 million pullets, Cooper Farms is a large grain buyer in northwest Ohio as the company is responsible for feeding all of the animals — whether they are raised on Cooper-owned farms or on contract family farms.

The company purchases more than 19 million bushels of corn a year and some 185,000 tons of soybean meal. Cooper feed mills use the grain to produce more than 1 million tons a feed a year.

Cooper explained that the company has strict rules against persons going from one production facility to another without decontaminating to prevent the spread of disease.

He explained the company also has a number of employees who have been trained and certified to manage livestock waste.