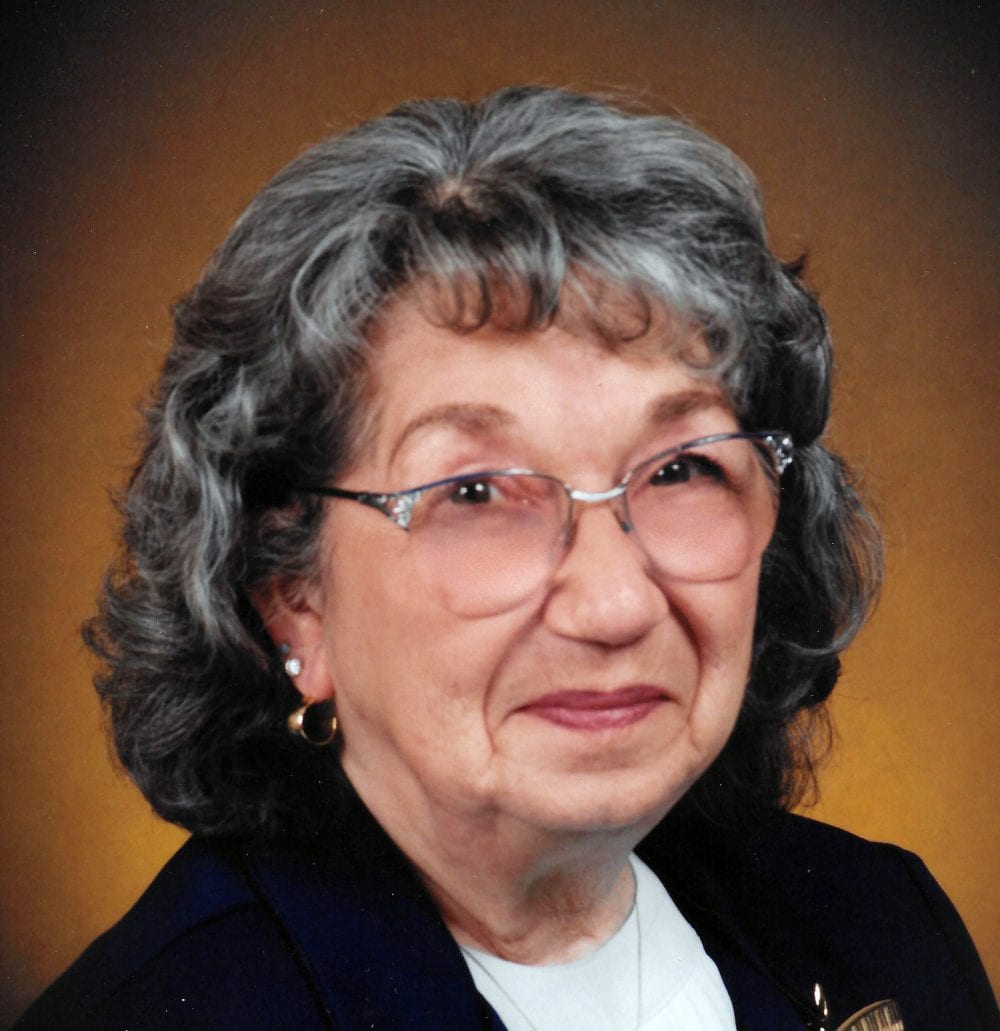 Geri was born October 28, 1926 in Montpelier, Ohio, the daughter of the late Harold and Clara (Cloyd) Greenman.

She was a 1944 graduate of Montpelier High School. Geri married Ralph E. Cox on January 15, 1946 in Montpelier, and he preceded her in death on March 20, 1994. Geri was a Sales Clerk for the former Gorny-Winzler Store for 37 years. She was a member of the Bryan First Church of Christ, where she served as the Choir Director for many years. Geri was a member of the DAR. She was a volunteer for the Williams County Humane Society. Geri enjoyed bowling as well as spending time with her family.

Surviving are her three sons, Martin E. (Dee) Cox of Bryan, Steven C. (Kathy M.) Cox of Lake Charles, Louisiana and Bradley A. (Amy M.) Cox of Bryan; four grandchildren and two great-grandchildren. She was preceded in death by her parents, husband, Ralph, and infant daughter and one sister, Charlene.

Those planning an expression of sympathy are asked to consider memorial donations be given to The Williams County Humane Society.
You can send your condolences or share your memories with the family by visiting Gerri’s obituary page at www.oberlinturnbull.com