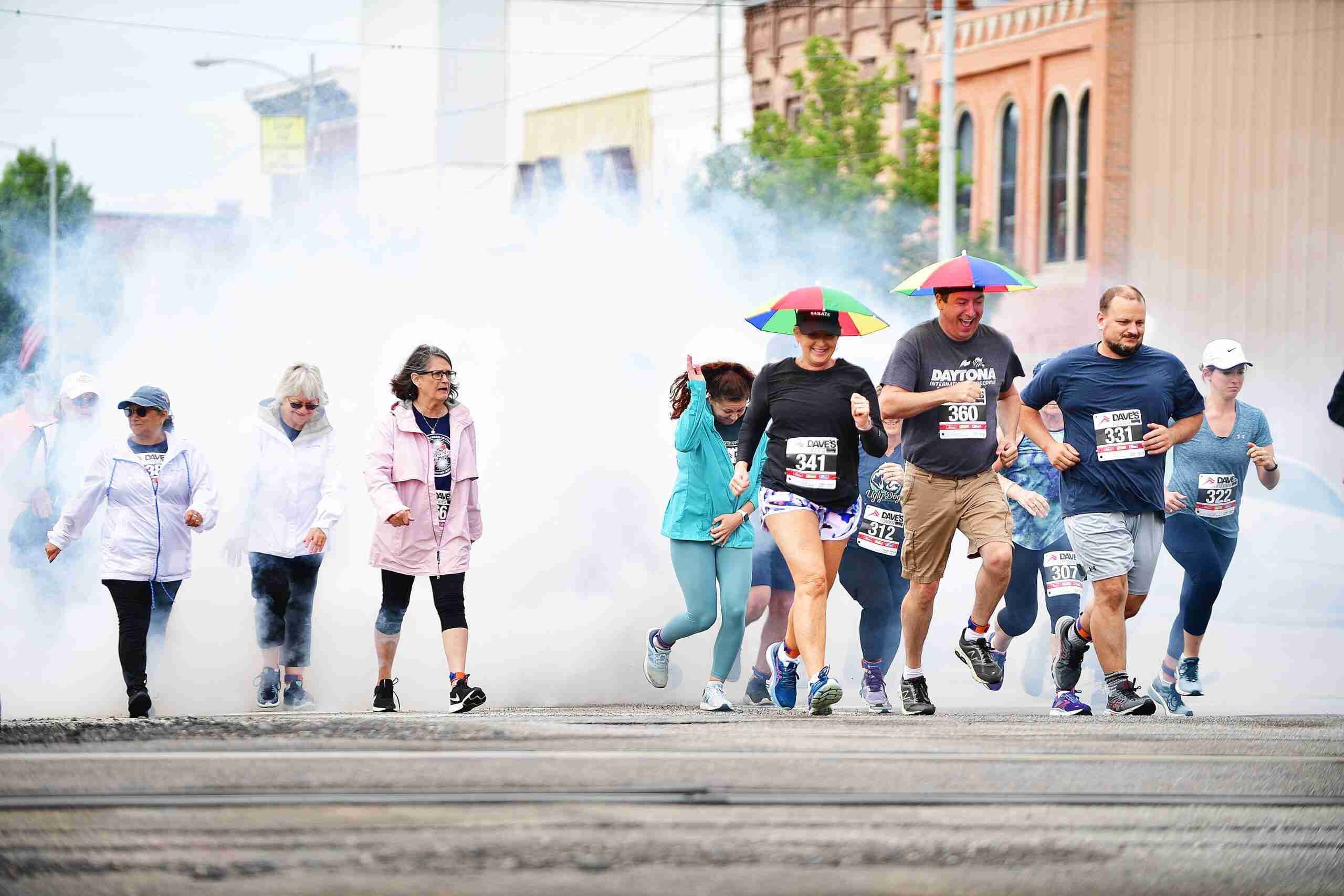 RUNNER … Wauseon Fire Department and Police Department escort the runners and provide a smoke cloud to start off the Firecracker 5K. (PHOTO BY LINDSAY PHILLIPS, STAFF)

Walkers, runners, and community members gathered around the Wauseon Chamber of Commerce to sign up and check in for the fifth Firecracker 5K. Sign up was held from 3-5 p.m. and welcomed about 90 runners.

Participants over the age of eighteen paid twenty-five dollars with those under eighteen paying twenty dollars. The proceeds of the race went to Wauseon Fire Department for the city’s annual firework show.

Due to safety regulations, no pets, rollerblades or bicycles were allowed on the course.

The race began in front of Wauseon Chamber of Commerce with gun fire. Runners ran through the smoke over and over the train tracks through Wauseon’s downtown business district to Homecoming Park, continuing on the Indian Hill trail through the woods and back to downtown, before finishing under Dave’s Running Shop’s inflated finish line.

Following participation in the race, friends, family and racers gathered outside at Sullivan’s Restaurant. Granola bars, bananas and water were provided while the first-place winners of each age level were announced.

5K worker Natalie Roth shared, “Josie Dulaney has put so much effort into the past two years, and we’re excited to kick off Memorial Day weekend with a fundraiser for our city’s fireworks.”