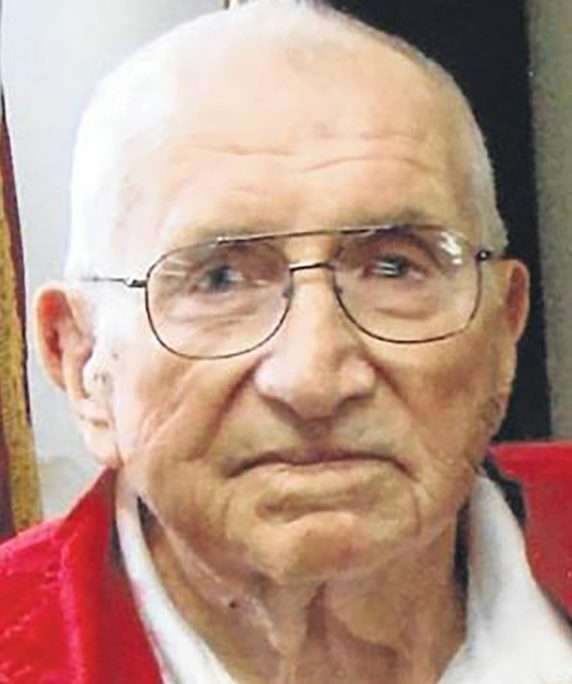 Henry graduated from Clayton High School. He enlisted in the U.S. Army during World War II, and proudly served from 1943-45 and earned rank as corporal. Henry was a rifleman and received the Combat Infantryman Badge.

During his military service, Henry was stationed throughout the U.S. and in various other countries including Northern France, Rhineland, Central Europe, and an extended period in Germany. He earned the American Theater Ribbon, EAME Theater Ribbon with three bronze stars, Good Conduct Medal, and the World War II Victory Medal. He also received a Purple Heart for combat in 1944.

Upon his return stateside, Henry was employed as a general contractor throughout the local area until his retirement. He was a life-member of the DAV 80th Division, as well as a member of the American Legion and the VFW.

Henry was also an active member and fireman for the Lyons Royalton Fire Department, where he served as past president. In his spare time, Henry enjoyed bowling and golfing, and loved to go fishing.

He is survived by his son, Doug (Renee) Schroeder of Morenci, Mich.; grandson, Trenton (Mandy) Schroeder of Greenville, Mich.; and three great-grandchildren, Serena, Sutton and Bronson.

Henry was also preceded in death by his daughter, Linda Schroeder-Alexander, and siblings, Doris Cooper, Dale Schroeder, and Rose Neil.

All services for Henry will be private. Arrangements have been entrusted to Wagley Funeral Home, Adrian, Mich.

In honor of Henry, the family suggests memorial contributions be made to the Lyons Royalton Fire Department. Online condolences and memories may be shared at www.WagleyFuneralHomes.com.