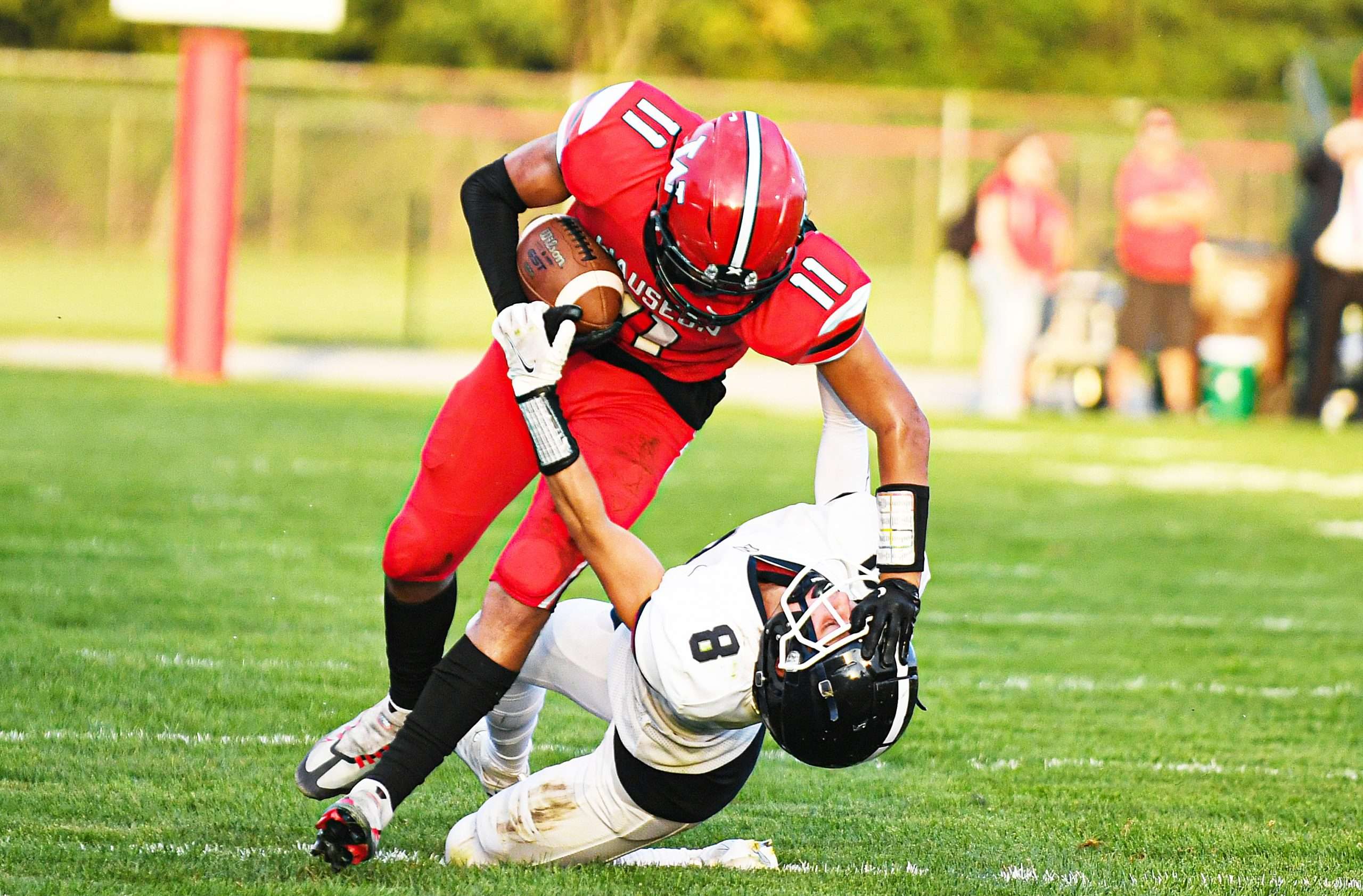 Teams get into league play this week with many intriguing matchups throughout the area. The NWOAL, after a 17-7 nonleague record, kicks thing off with league favorite Liberty Center traveling to Wauseon while last season’s league champ Archbold plays host to Bryan.

Archbold begins their quest for another NWOAL title at Bluestreak Stadium versus Bryan. The Bluestreaks were expected to be a work in progress on offense with the loss of quarterback DJ Newman to graduation but that has not been the case.

This will be Bryan’s second state ranked opponent in four games after opening the season at Van Wert (a 63-28 loss). The Golden Bears have responded nicely the last two weeks with wins at home over Maumee (48-20) and Fairview (56-13).

Running back Ayden Pelz and signal caller Jase Kepler have been the workhorses for Bryan this season. Pelz has ran for 288 yards and five scores while Kepler has run for 190, passed for 392, and has 11 total touchdowns (6 rushing, 5 passing).

Liberty Center was able to run the table against a tough nonconference schedule with wins over Tinora, Napoleon, and previously unbeaten Otsego last week.

The schedule doesn’t lighten up for the Tigers as they head to Wauseon to face a team that figures to be a factor in the league race.

Through three games it has been your typical Tigers team, featuring a defense with two shutouts to their credit and an offense with three players in the top ten in the league in rushing.

Matthew Orr and Trent Kruse are the top tacklers so far for LC with 26 and 24 stops, respectively. Orr also leads the offense with 341 yards rushing (2nd in NWOAL) on 42 carries with five touchdowns.

Rodriquez is also tied for the league lead in interceptions with three while Armstrong has picked off two passes.

Turnovers have been an achilles heel the last two weeks for the Indians as they have committed seven, including four in their loss at Tinora in week two.

Edon, coming off their first win of the season, will begin defense of their TAAC title at home against the Northwood Rangers. The teams didn’t play last season due to COVID issues at Northwood so 2020 was their last meeting (a 62-20 Northwood win).

Edon bounced back from season opening losses to Edgerton and Antwerp to beat Hicksville 42-6 last week. Northwood, meanwhile, after a week one loss to Seneca East (34-30) has posted shutouts the last two weeks in wins over Lake (28-0) and Lakota (6-0).