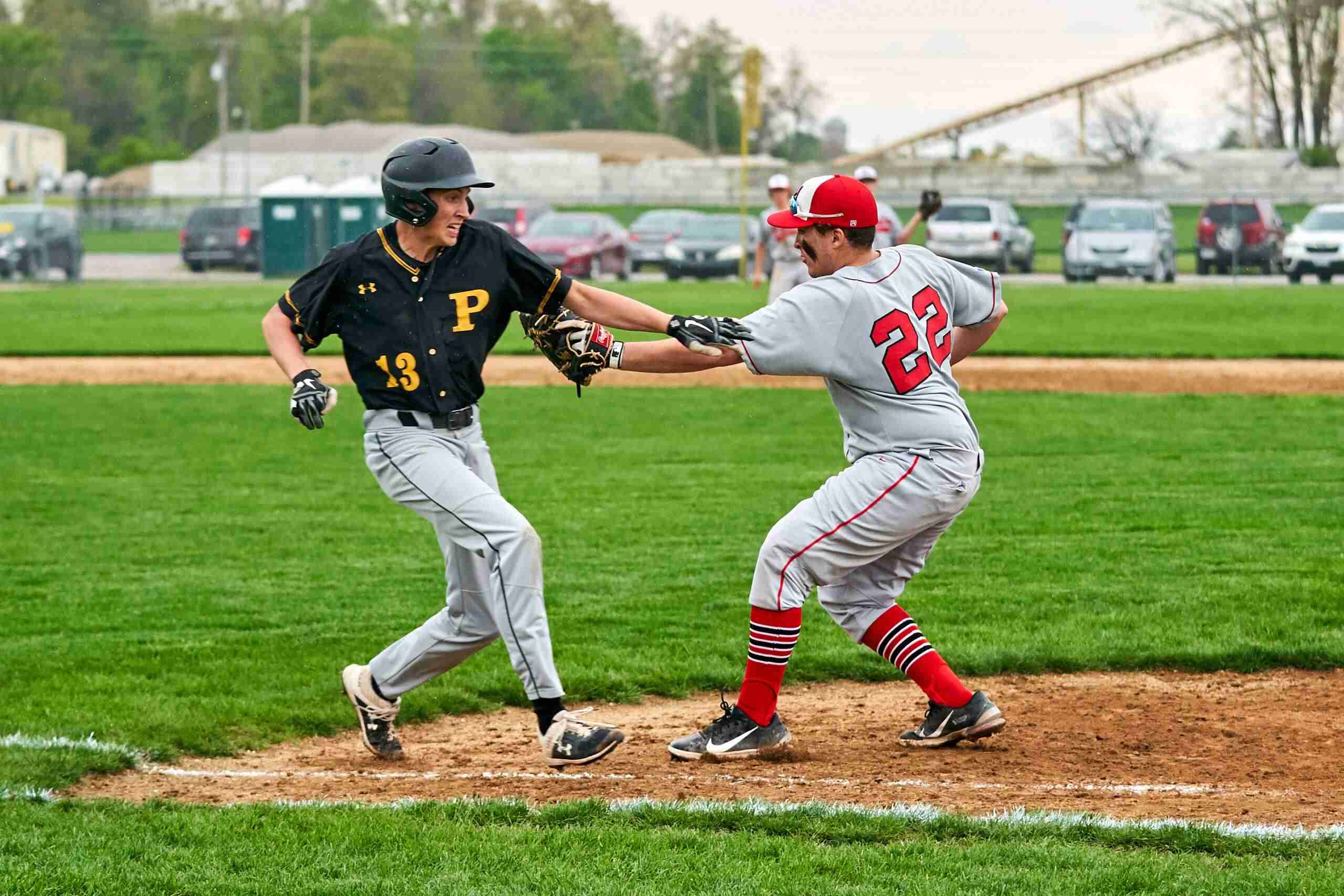 PETTISVILLE- The Cadets took advantage of 11 walks issued by the Pettisville pitching staff to get an 8-2 win in BBC baseball.

Issac Baumgartner started the game for Hilltop by drawing a walk and would eventually score on a sacrifice fly by Thomas McCoy to put Hilltop up 1-0.

The third inning started the same way with a Baumgartner walk before Pettisville pitcher Josh Horning retired the next two hitters.

McCoy started the two-out rally for Hilltop with a walk followed by a two-run double by Chase Whitman to push the Cadets lead to 3-0.

Pettisville finally got on the board against Hilltop starter Ian Hoffman in the bottom of the fourth as Blake Eyer smacked a one-out single and Horning was hit by a pitch to give the Blackbirds their first scoring threat of the night.

A balk by Hoffman advanced Eyer to third base and Horning to second setting up Gideon Myers who had a sac fly to right to score Eyer and make it a 3-1 game.

It was Hilltop’s turn for another two-out rally in the fifth with Whitman and Raace Haynes drawing walks which was followed by a line drive single to left by Andyn Haynes to drive in two runs to make it 5-1.

The Cadets put the game away with three runs in the sixth as McCoy and Whitman had back-to-back RBI doubles and Andyn Haynes singled to left to score Whitman to increase the Hilltop advantage to 8-1.

Whitman finished the game with three RBIs to go along with two doubles and Andyn Haynes had two hits and three RBIs.

Hoffman was dominant on the hill for Hilltop (4-15, 4-5 in BBC) giving up just two runs on six hits in seven innings of work.

Seven different Blackbirds had one-hit apiece with a double by Nate Kiem accounting for the only extra base hit on the night for Pettisville (11-4, 6-3 in BBC).