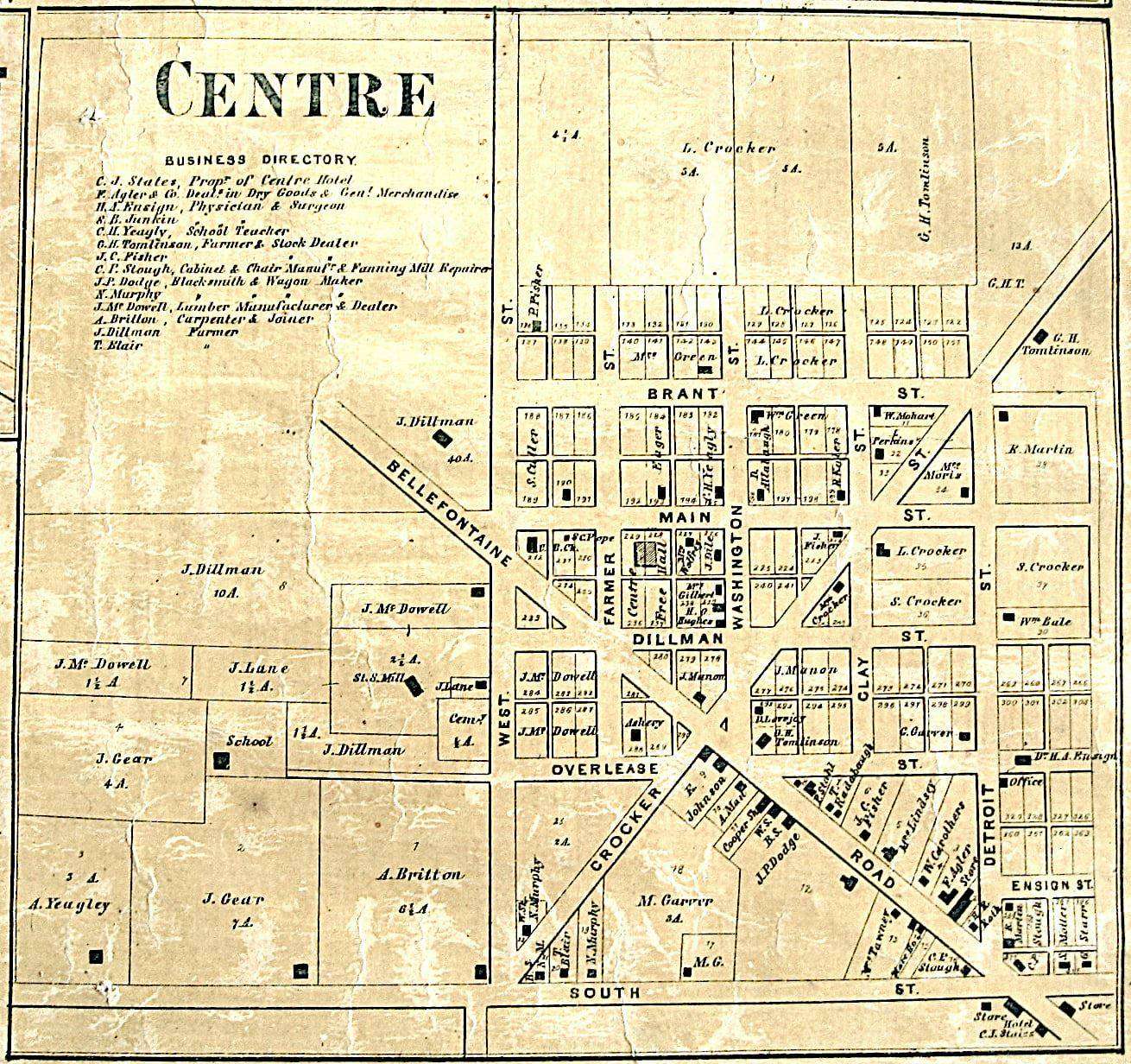 (January 23, 1836, 185 years ago): The village of Centre (now known as Williams Center) was surveyed in Center Township. The village of Centre, consisting of 418 lots, was surveyed for Dr. John Evans of Defiance. Centre probably received its name from the fact that when it was surveyed, it was near the geographic center of old Williams County. From 1820 until Defiance County was created on March 4, 1845, Williams County’s southern border was about 12 miles further south than today. When Defiance County was created, it left Centre at the extreme southern edge of the new, smaller Williams County. The town was not named after Center Township, because Center Township was created by the Williams County Commissioners on March 7, 1836—about six weeks after the village was surveyed. On January 5, 1839, a post office was established in Centre called “Williams Centre.” A Centre Post Office was established in 1830 in Delaware County, Ohio, and the U.S. Post Office Department would not allow two post offices in a state to have the same name. Over the years the village became known as Williams Center, although no record of a legal name change has been discovered. It is a little known fact that Centre was the second incorporated village in Williams County. On February 27, 1860, 58 residents of Centre and vicinity petitioned the Williams County Commissioners to incorporate the town. Legal notices were printed in the Bryan newspaper and on May 16, 1860, the county commissioners granted the request for incorporation, allowing the town’s citizens to elect a mayor, council and other municipal officials. For some reason this was never done; nevertheless, Centre was—and apparently still is—a legally incorporated village. This 1864 map of Centre is from of the Williams County Public Library Local History Center collection. Happy 185th birthday to the village of Williams Center!

Be the first to comment on "Historic Reflection: 1836 Village Of Centre (Williams Center)"