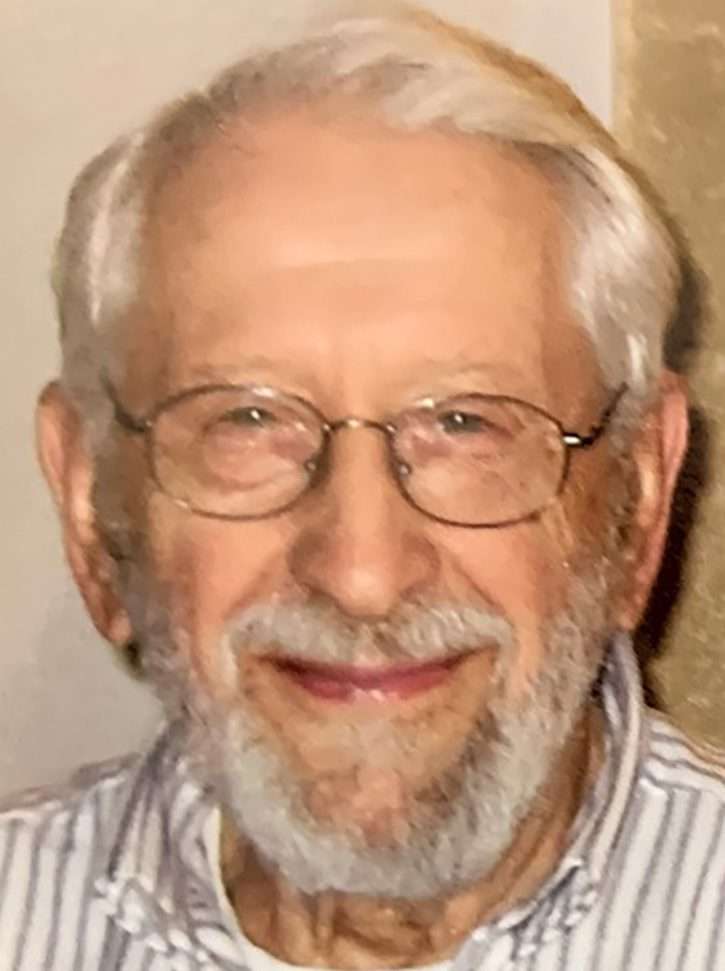 “Thou wilt keep him in perfect peace whose mind is stayed on Thee.” Isaiah 26:3

Homer E. Yutzy went to be with his Lord on December 12, 2021. He was born July 19, 1926 in Plain City, Ohio to Emery and Florence (Kramer) Yutzy. Homer was the second of 11 children and grew up on a farm within the Amish community there.

As a young man, he attended Michigan Mennonite Bible School in Fairview, Michigan which led to his going to Naubinway, MI to serve the church through the Mennonite Church Voluntary Service program.

Here he met his wife to be, Elizabeth Williams. After deciding to call it off with her because he thought he could never live in Michigan, he realized it was meant to be and returned to ask her to marry him.

They were united in marriage in Naubinway on November 29, 1952 and just celebrated their 69th wedding anniversary.

Education was very important to Homer and he talked about riding his bike 13 miles one way to school after completing his chores on the farm just so he could attend classes.

He was unable to attend past the 8th grade but continued his quest for learning and education. While living in Petoskey, MI he was able to attend North Central Michigan College and complete an Associate’s Degree.

He left Petoskey in 1976 to attend Goshen Biblical Seminary in Elkhart, Indiana graduating three years later with a Master’s in Divinity degree.

World War II was in full swing during his teenage years and at age 18 he was drafted. He registered as a conscientious objector and joined the Civilian Public Service where he served for the next 22 months.

He also spent some time in Indiana working for a National Forest Department tree nursery. Homer loved his time in the mountains and frequently spoke about this time in his life.

Homer was ordained as a minister in the Mennonite Church in Naubinway, MI on October 18, 1953 and was sent to Gay, MI to continue a church planting mission.

In 1959 he and his family moved to Petoskey, MI to pastor the church there. Homer and Elizabeth raised their 4 children (Joy, Rhoda, Keith and Paul) in Petoskey, moving when the youngest graduated in 1976 so Homer could attend the seminary in Elkhart.

After graduating from seminary, Homer and Elizabeth moved to Tavistock, Ontario to minister at East Zorra Mennonite Church. In 1987, they moved back to the states and served at Inlet Mennonite church in Wauseon, OH until he retired in 1991.

Homer and Elizabeth have remained in the Wauseon area where Homer volunteered for multiple agencies including David’s House (where he earned Ohio State volunteer of the year award two years in a row), Red Cross, Shalom Restorative Justice Ministries and Hands of Grace.

Homer was a hard and dedicated worker who was always willing to lend a helping hand. He supplemented his income as a pastor by working as a carpenter and selling insurance so that he could support his family. Homer was loved and appreciated by all who knew him.

Homer donated his body to the Toledo Medical College for scientific research.