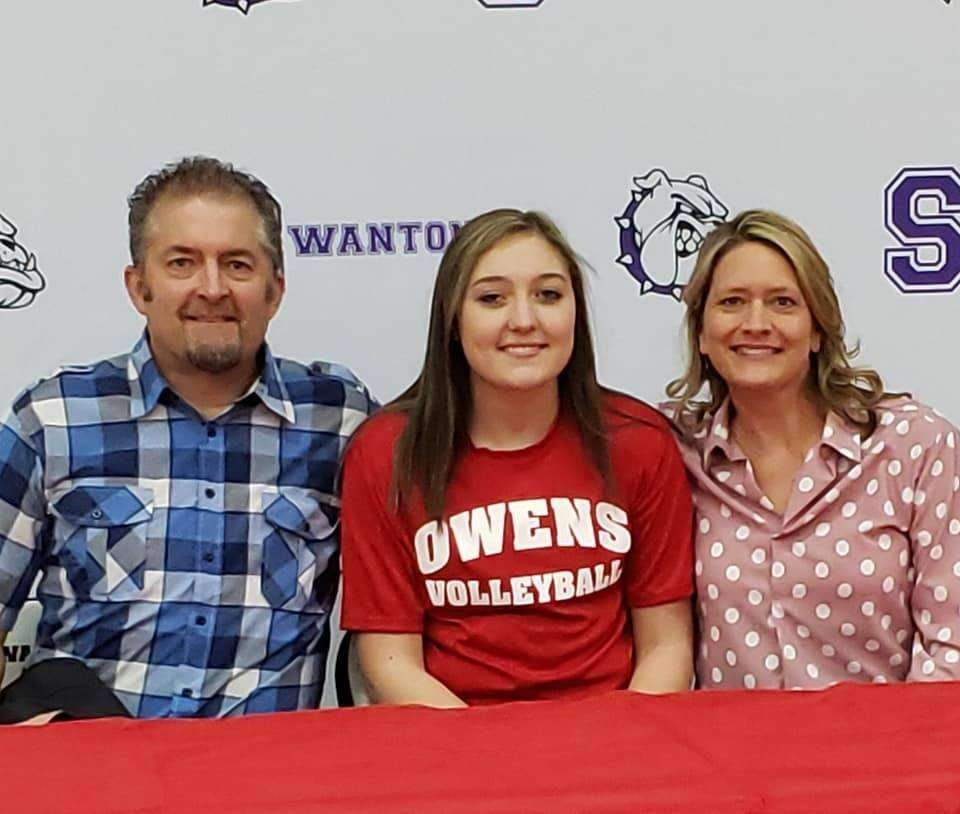 Finding the opportunity to join one of the top National Junior College Athletic Association (NJCAA) volleyball programs in the country too hard to pass up, Swanton’s Jessica Dohm signed a Letter of Intent to continue her education and athletic career at Owens Community College in Toledo.

In signing with the Express, Jessica will become part of a program that will be coming off back-to-back NJCAA national titles and looking to “threepeat” next fall.

“I chose Owens because I of their academic program offerings, small classroom environment and I wanted to stay close to home,” she said.  “I am honored to be part of their program and know they will push me to be the best I can be.”

During her time as a three-sport Swanton Lady Bulldog, Jessica was solid basketball player and an outstanding softball player as well.  “In my freshman year I thought softball would be my main sport and my goal was to play in college. I joined a travel team (Ohio Lightning) to help me succeed at that goal,” she recounted. “Once I started playing high school volleyball, I fell in love with the sport and my focus was volleyball instead.”

Jessica was an integral part of some very successful teams in all three of the sports she played including the 2017 NWOAL Volleyball Champions, the first volleyball title in Swanton’s history.

“Jessica can play a variety of roles and will work hard wherever she is asked to play,” commented Swanton head volleyball coach Kyle Boer.  “I know she will be successful and am very happy she gets to continue a sport she loves.”

In addition to the multiple awards Jessica has won from all three sports, she is also an exceptional student, having been named an NWOAL Scholar Athlete in 2019 which requires a GPA of 3.50 or better. While at Owens she will be studying nursing and will be playing alongside Lady Bulldog teammate Alexis Sarvo who signed with Owens earlier this year.

“We play well together and will be a great support system for each other,” said Jessica of having a friendly and familiar face to begin the next phase of her life with.

Playing at the next level will be very challenging but Jessica will be mentally prepared.  “Never give up on your team or yourself,” she advises.  “Always strive to get better and never get lazy because there is always a teammate who wants your position. Always be a positive team leader.”