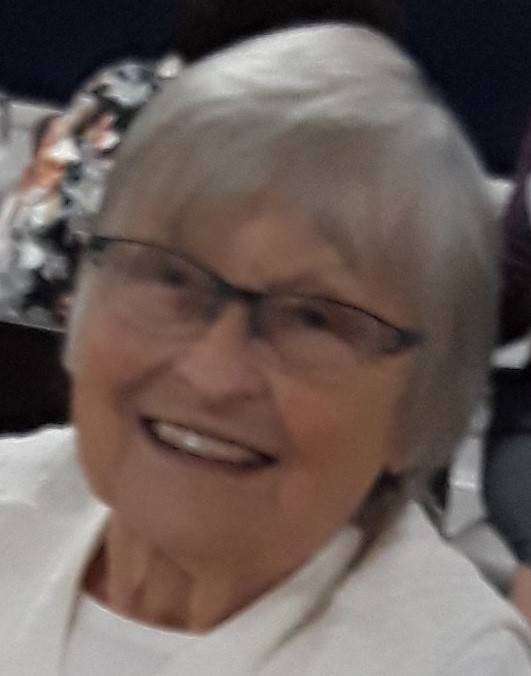 Leta L. Adams, age 90, of Delta and Waterville, passed away Sunday morning, January 12, 2020 at St. Luke’s Hospital. She was born in Fulton County on January 11, 1930 to the late Fred Herrick and Beatrice (O’haver) Herrick.

Leta married Ivan “Gus” Kigar and were together for 36 years while being blessed with three children, Sharon, Linda and Rick. On August 26, 1988 she married Robert Adams and together enjoyed 28 years together until his passing in 2016.

Before retiring, Leta served over 20 years with the Fulton County Health Center as an admitting clerk and later in insurance billing.  In her younger days she enjoyed playing the piano, sewing, baking, cooking and spending time with her grandchildren. Later in years she spent time with her husband Robert traveling cross country in their motor home and wintering in Florida.

Friends and family will be received at from 2:00 – 8:00 PM on Thursday, January 16, 2020 at Barnes Funeral Chapel, 5825 St. Hwy 109 in Delta; where a funeral service honoring Leta’s life will be held on Friday, January. Interment will follow at St. Richard Cemetery in Swanton.

In lieu of flowers, the family requests that memorial contributions be directed to the Delta Church of Christ, 500 Providence St., Delta, Ohio 43515 in her memory.

The family would like to thank all the caregivers and friends from StoryPoint Independent Living; where she has resided the past twelve months.  Online condolences may be sent to the family through our website at www.barnesfuneralchapel.com.