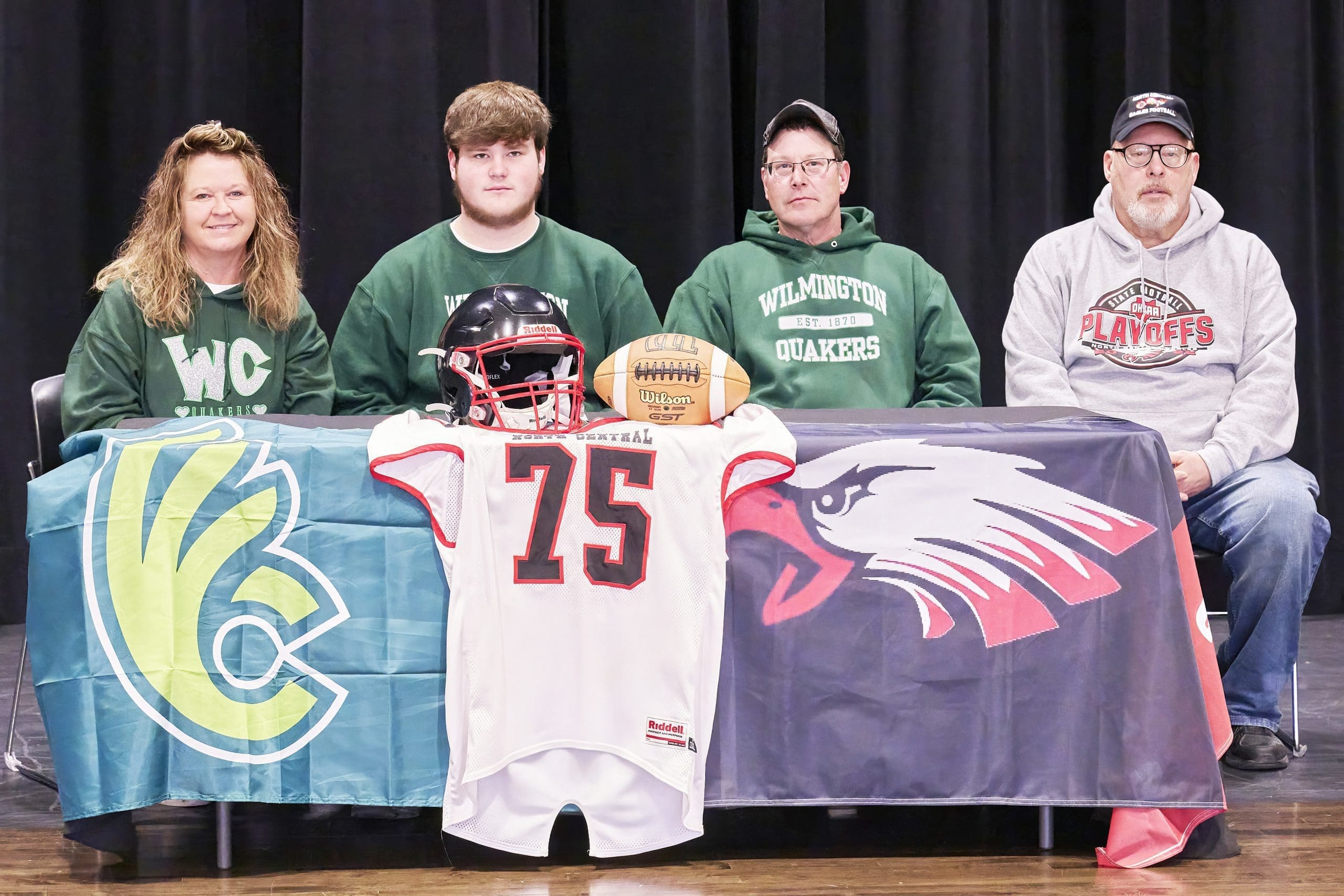 PIONEER – The first season of varsity football at North Central not only produced a playoff appearance but also produced a player headed to the next level.

Wilmington’s reputation of having a top-notch agriculture program played a big role in the decision for Houser, who has been chosen has lineman of the year the last three seasons for the Eagles.

“I heard about Wilmington from a person that I work with, and I did some research and decided I wanted to take a visit and see if Wilmington would be the right place for me”, commented Houser.

“When I got there, I instantly fell in love with the campus the people there were great and very helpful with any questions I had.”

“It’s a smaller school so it won’t be as big of a change like if I went to a larger college.”

“There are not a lot of schools that have a top agriculture program like Wilmington and also offer football”, added Houser.

Nate can be reached at sports@thevillagerporter.com