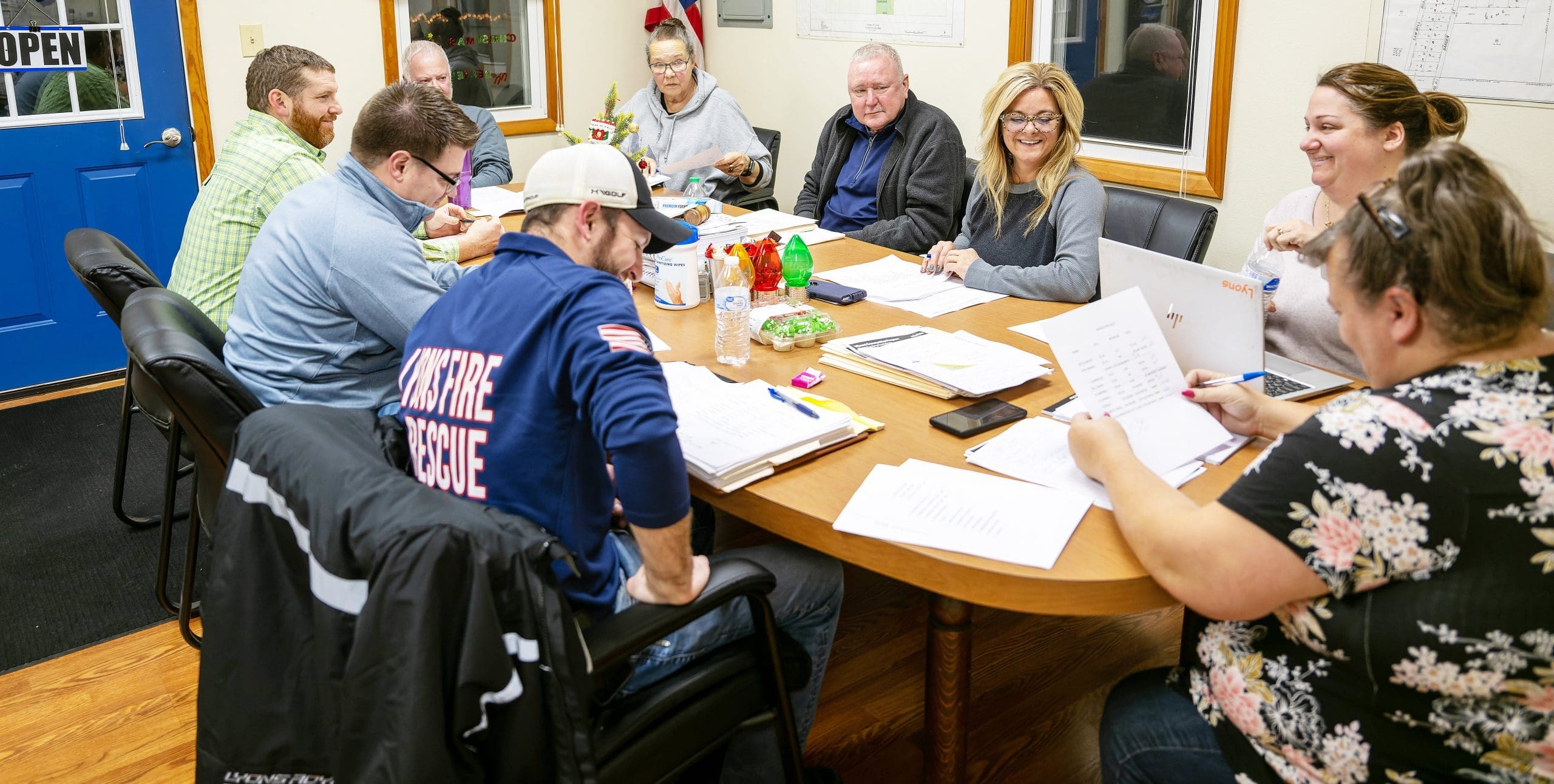 COUNCIL … Members of the Lyons Village Council discuss the upcoming Christmas parade and holiday season, among other items. (PHOTO BY JACOB KESSLER, STAFF)

The Lyons Village Council held their meeting on Monday, December 5th. The meeting began at 7:00 p.m. with the Pledge of Allegiance.

Council first moved to approve the meeting minutes from November along with the financial report and reading of the bills.

The employee report was discussed next with it being stated that salt was received on the 29th of November, and it looks very good.

The last leaf pickup will be taking place between December 5th and December 9th. Water usage for the month of November was also discussed.

Council then entered into executive session at 7:10 p.m. to discuss wages. Upon their return at 7:23 p.m. council passed a motion to approve the proposed wages.

Council next spoke about gifts for employees including a $50 Christmas bonus which was approved.

Discussions that took place next involved residents leaving bags of trash at the street, adding pumps to the water tower grant, and the procurement of a dump truck.

The truck is located in Illinois and comes with a plow and salt. The village currently already owns a plow and salt, which led to a discussion regarding what will be done with the existing equipment.

The exact price for the truck is not yet known. The price will be discussed more during appropriations for the next year.

In old business, the audit is getting close to being finished. The audit fee was discussed with members stating the village is charged $12,000 by the state to conduct the audit which is required by the state.

A call back will be conducted with a company the village is looking at getting street signs from.

Additional discussions took place next revolving around looking at a new PA system, a partial payment being received for an accident that took place on July 14th, and the upcoming Lyons Christmas Parade.

At this time there are 10 or 12 entries for the parade, with more usually being added within the final week.

Next, a vote was completed to approve the emergency management bill before discussing a domestic situation that had taken place in the Village.

Lastly, council moved to approve a list of appropriations before moving to adjourn the meeting for the evening.  The next meeting will take place on Monday, January 9th.