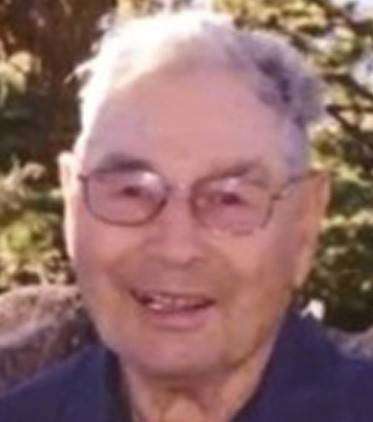 He was a U.S. Army Veteran, serving during the Korean Conflict from 1951 to 1953. He was a member of Sacred Heart Catholic Church in Montpelier, Ohio, and enjoyed woodworking and spending time with his family.

He married Madonna R. Goebel in 1953 in Blakeslee, Ohio, and she survives. Dusty and Madonna recently celebrated their 66th wedding anniversary.

He is also survived by his children, Cletus (Elaine) Fry, of Montpelier, Linda (Mike) Hinesman, of Hudson, Michigan, Larry (Cindy) Fry, of Edgerton, Ohio, and Neil (Cheryl) Fry, of Montpelier; 9 grandchildren; 19 great-grandchildren; one brother, Ray Fry, of Clifton, Texas; and one sister, Pat Mullen, of Mcminnville, Oregon. He was preceded in death by his parents, along with his brothers, Ronald and Quentin Fry.

Visitation will be held at the Krill Funeral Home, 860 West Mulberry Street, Bryan, from 12:00-2:00 P.M. and 4:00-6:00 P.M. on Sunday, December 29, 2019. A Mass of Christian Burial will be celebrated on Monday, December 30, 2019, at 10:30 A.M. at Sacred Heart Catholic Church, Montpelier, with Father Fred Duschl officiating. Interment will follow in St. Joseph Catholic Cemetery, Blakeslee, with grave side military rites conducted by Bryan American Legion Post #284 and the United States Army Honor Guard.

Memorials are requested to be sent to Community Health Professionals Hospice or the Alzheimer’s Association.