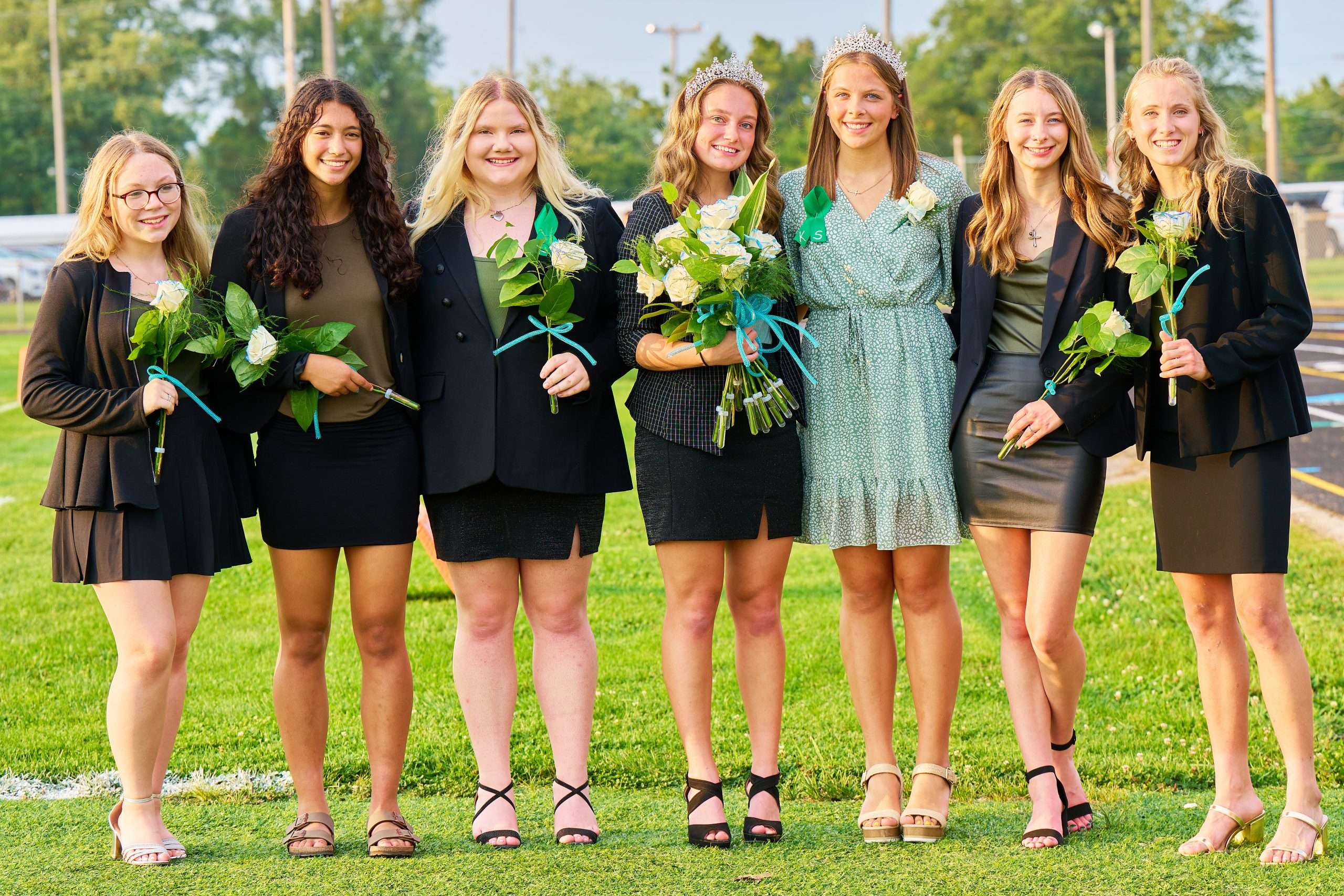 This year’s Montpelier Freshman Attendant was Miss Emma Brown.  Emma is the daughter of Brian and Tonya Brown. Her escorts were Carter Waterston, son of Brandon Waterston and Savannah Mattern, and Harley McCoy, son of Shorty and Chrissy McCoy.

Emma has one biological sibling, Madison Brown, and two half siblings, Andrew Mack and Ashley Mack. She also is the aunt to three nieces and two nephews.

In school, Emma participates in cheerleading and Locomotion.  She was also a part of the Awareness Team.

Outside of school, Emma enjoys hanging out with her friends and her dog, Scrappy.  She loves spending time with her family and drawing.  After she graduates from high school Emma plans to go to college to be a phlebotomist.

The Sophomore Attendant this year was Miss Madelyn Hopper. Madelyn is the daughter of Bryan and Carolyn Hopper.  Her escorts for the night are Jarron Dohner, son of Jason and Torrey Dohner, and Tyler Plourde, son of JT and Valerie Plourde. Madelyn has three siblings, Braylon, Tesla, and Anatolia. She attends Solid Rock Community Church.

In school, Madelyn participates in volleyball, basketball, softball, and is a member of the band.

Outside of school, Madelyn plays on a travel softball team, likes to read, go to youth group, and enjoys watching movies and playing the piano. Madelyn is undecided about her future plans.

Miss Jacee Altaffer, daughter of Todd and Jill Altaffer, represented the Junior Class this year.  Her escorts were  Brennen Friend, son of Todd and Stephanie Friend, and Eli Fackler, son of Tate and Lisa Fackler. Jacee has one brother, Blake, who plays baseball at Ohio Northern University. 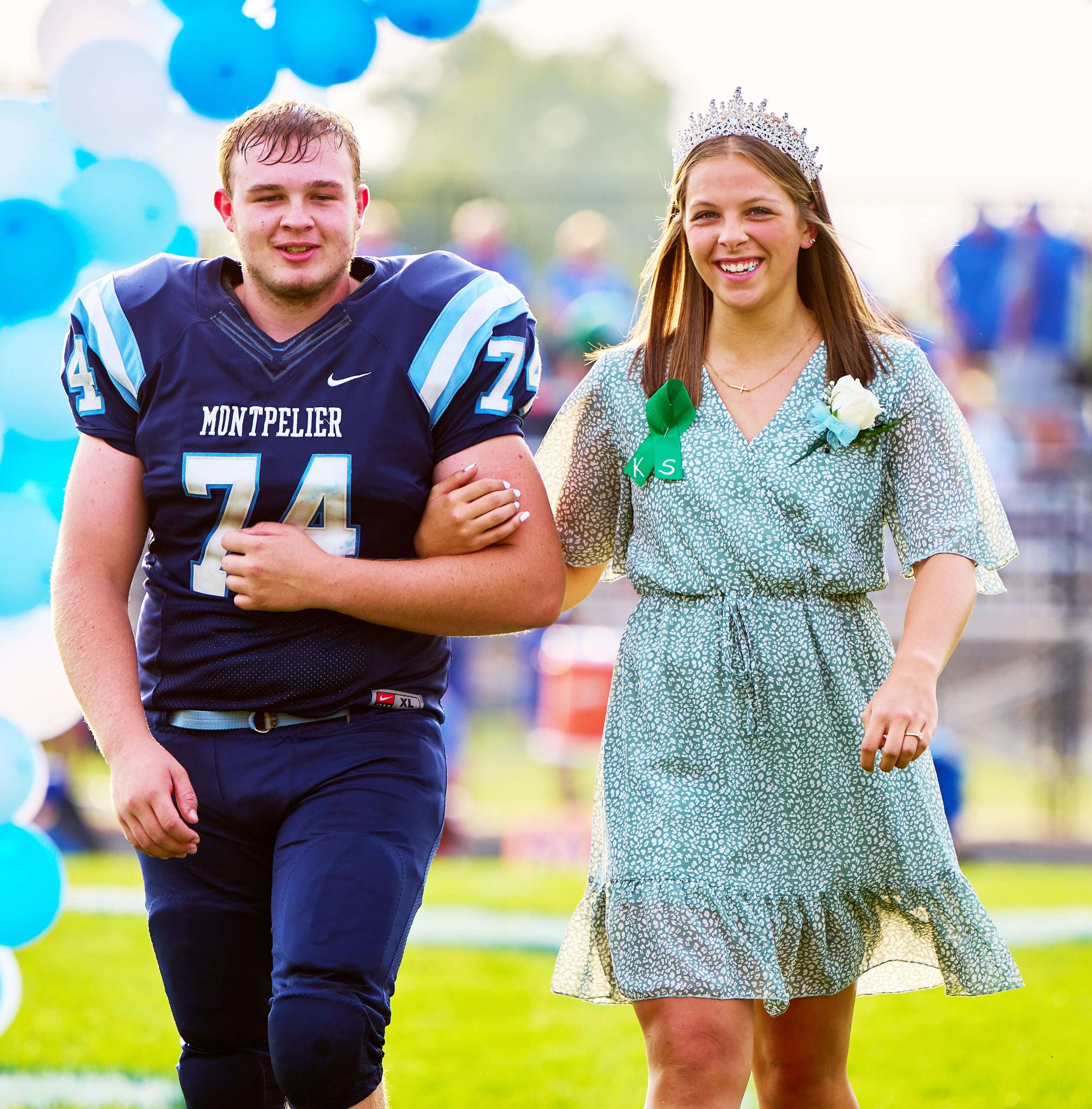 Outside of school, Jacee likes hanging out with friends, baking, reading books, and going on runs. In the future, Jacee would like to go to college to study evangelism and theology to eventually become a missionary.

The first Senior Queen candidate was Miss Chloe Martin. She is the daughter of Troy and Jennifer Martin.

Chloe is escorted by Braiden Smith, son of Curtis and Heather Smith, and Jayson Varnado, son of Mike and Gloria Frisby. Chloe has a younger sister, Hannah, and two dogs, Max and Willow.  She attends Pettisville Missionary Church.

In school, Chloe participates in volleyball, band, jazz band, and is a member of FCA and NHS. Outside of school, Chloe works at Kommon Kravings and the Montpelier Parks.  In her free time, she likes watching movies and playing piano.

In the future, Chloe plans to attend college and major in forensic biology.

Miss Faith Miller was the second Senior Queen candidate. Faith is the daughter of Max and Sheila Miller. Her escorts tonight were Jamison Grime, son of Jamie and Jodi Grime, and Gavin Zyjewski, son of Jerry Zyjewski and Tori Parmer and Juan Montalvo and Tiffany Schilt.

In school, Faith is involved in volleyball, archery, band, jazz band, and NHS. 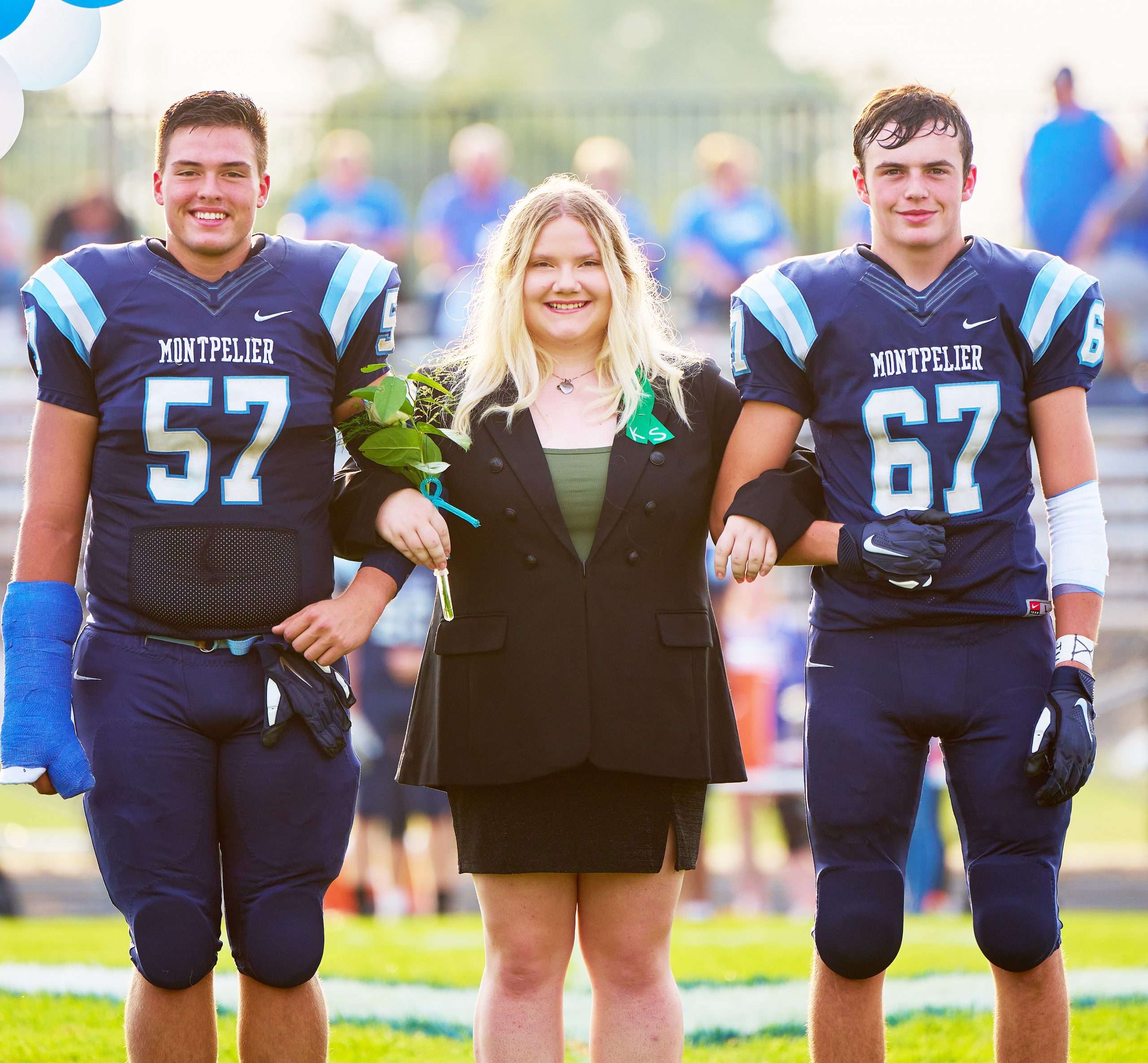 Outside of school, Faith works at the Moose. In her spare time, she likes to watch Netflix with her dog and spend time with her friends.

In the future, Faith plans to go to college for Early Childhood education with a minor in special education.

The final senior queen candidate was Miss Trista Ussery, daughter of Kyle and Lexi Ussery and Mike and Pam Benbow.

Trista was escorted by Garrett Girrell, son of Dave and Carrie Girrell, and Karmello Jones, son of Keith Jones and Aries Lee.

Outside of school, Trista works at Miller’s New Market. She enjoys traveling and hanging out with her boyfriend in her free time.

In the future, Trista plans to go to college in an undecided major.  She wants to work with kids in some way. 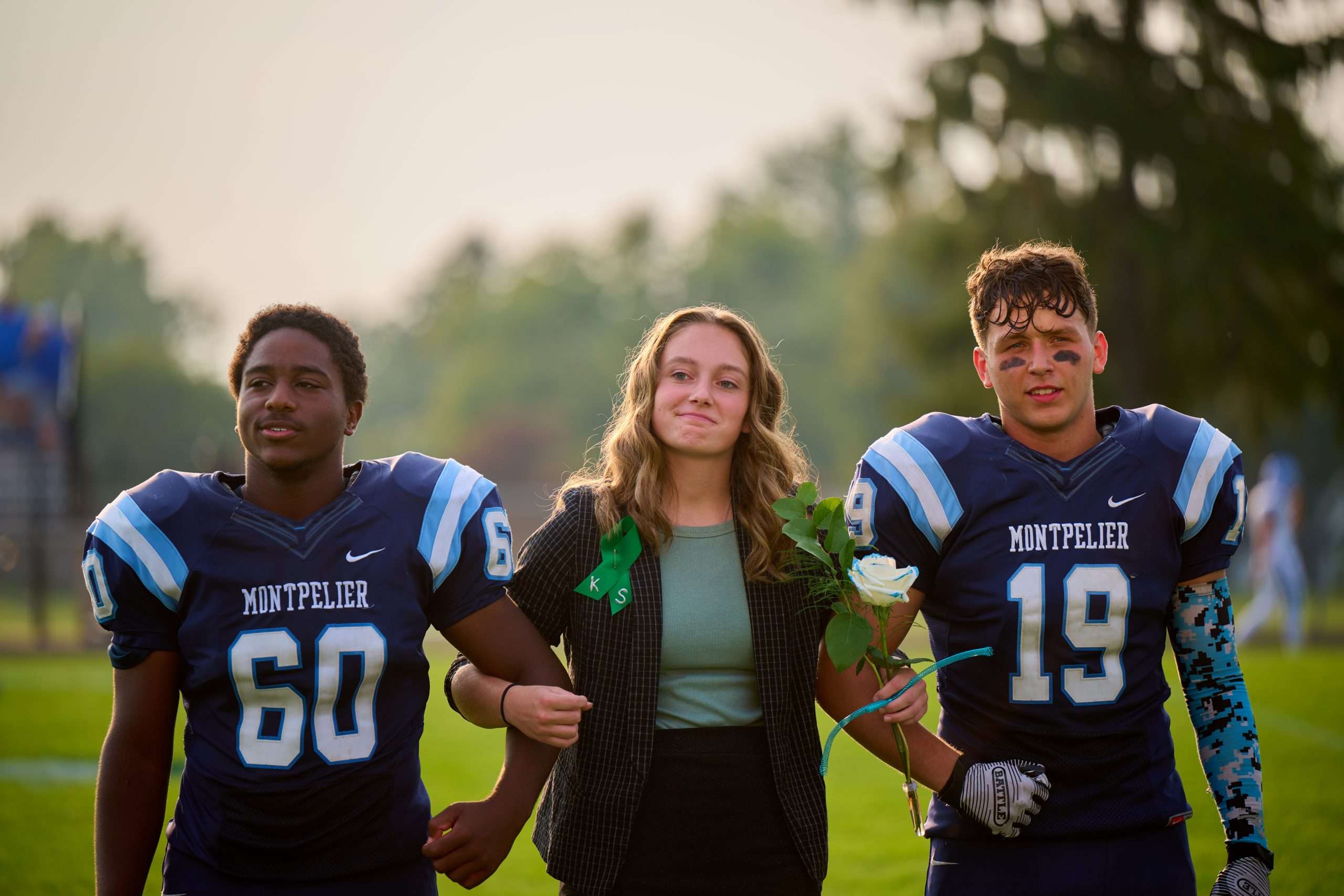 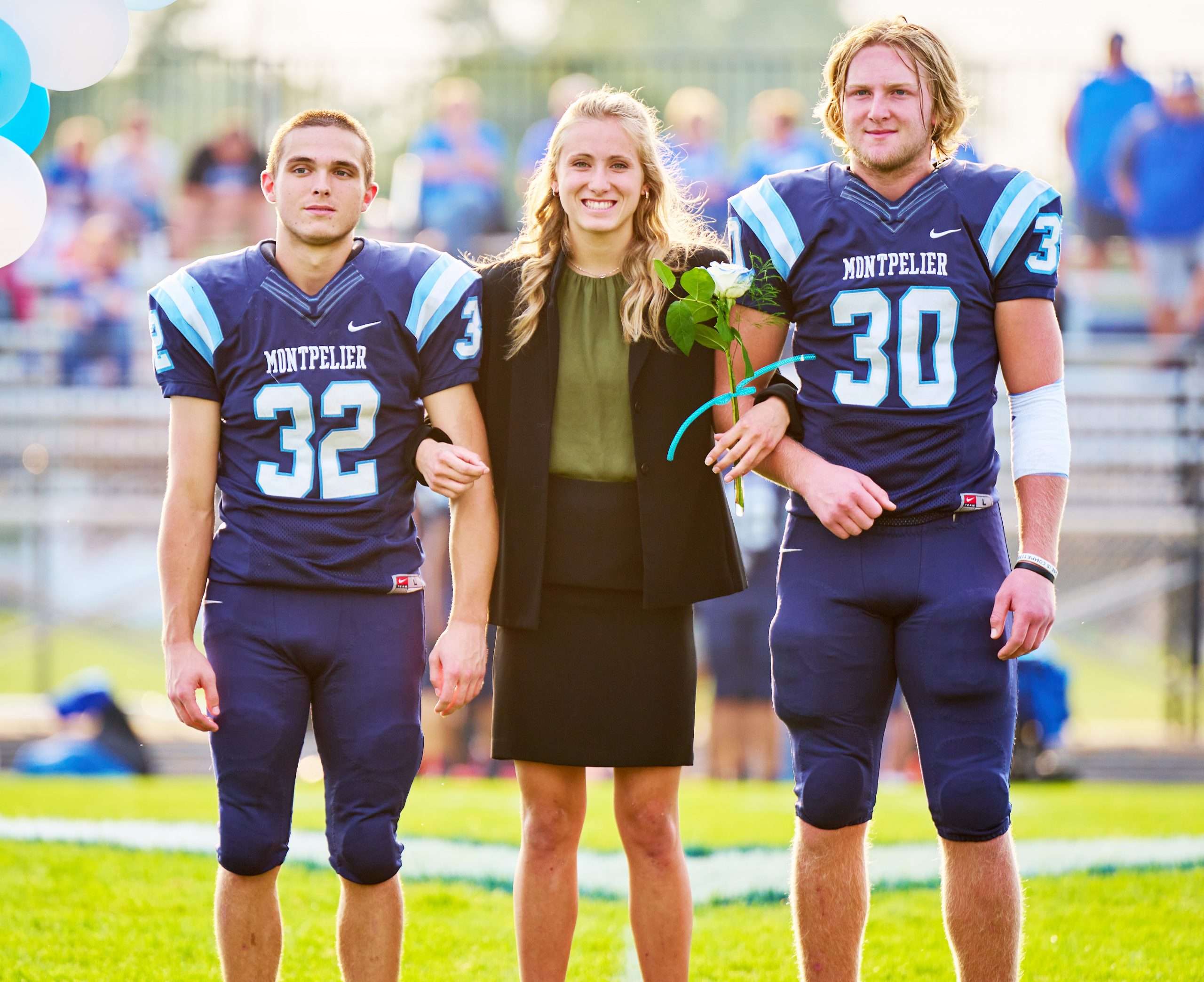 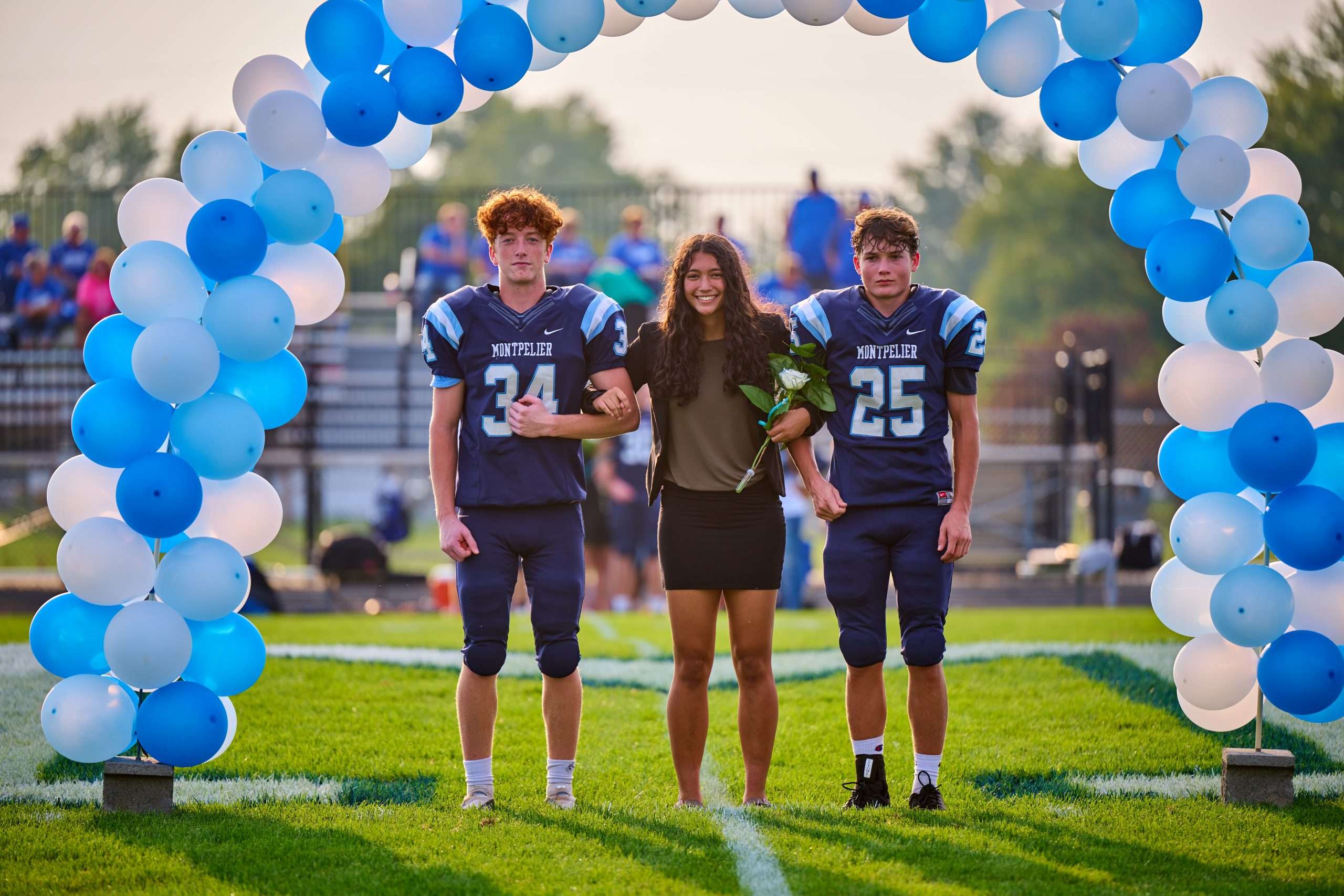 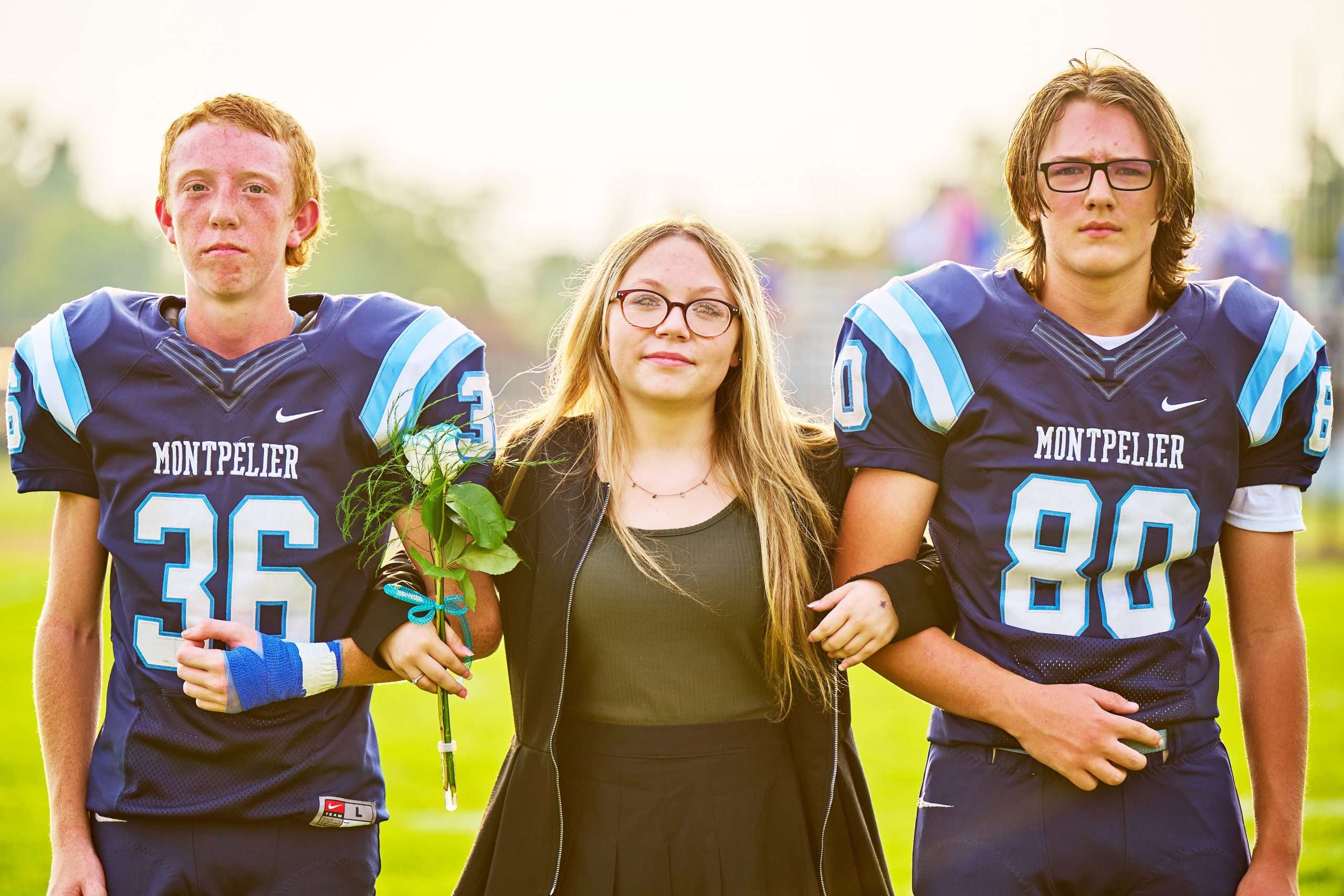