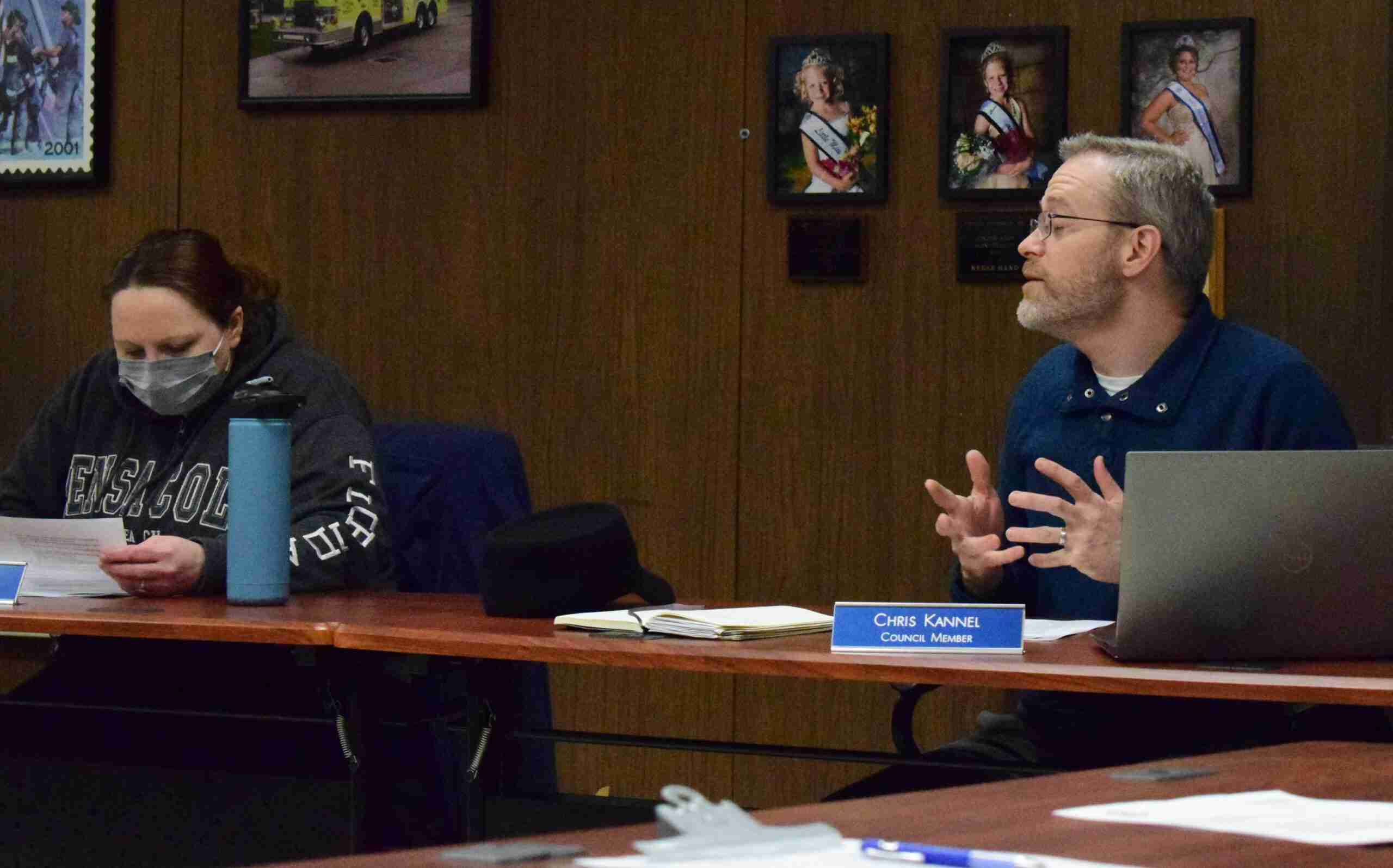 Montpellier Village Council held the January 24, 2022 meeting at the Montpelier Fire Department at 6:00 pm. The meeting was called to order and followed by prayer and the Pledge of Allegiance.

“These programs also allow the students to have an authentic experience that improves their quality of education and gives them career exploration opportunities.

Mayor Yagelski stated that he is “urging the citizens to become aware of these services and benefits offered by the Career and Technical Education programs in this community and to support and participate in these programs to enhance their individual skills and productivity.”

Council voted to approve the agenda, with an amendment to add an Executive Session at the end of the meeting and moved to approve the minutes from the previous meeting that took place on January 10th.

Council Member Kevin Motter shared that he had been in contact with Air National Guard Sergeant Michael Sipe from the 180th, and was informed that a few Army and Air Guardsmen would be in Williams County until February 4th as a part of a task force assisting hospitals affected with the recent COVID spike.

Council member Motter then said “Thank you to our community for stepping up time and time again for Veterans and those serving today.”

Chris Kannel, council president, informed council that the Economic Development and Strategy Committee (EDS) has been watching the conditions of a downtown building, and other nuisances. They are looking into options to demolish it.

Kannel said this is “one of the many things that EDS is looking into for our downtown buildings.” He expressed sadness that it needs to be demolished, but said that it seems to be the only solution.

Speaking about the recent high water and rain this past fall, Council member Nathan Thompson said that it had affected the trail and especially the Western bridge, causing the bridge to slightly move.

This past week the Street Department was able to re-position the bridge and move it back to where it should be, with some re-engineering that he hopes will keep it in place and safe indefinitely.

Thompson commended the street crew, saying, “they were tremendously helpful” and that he wanted to say “thanks to the street department publicly”.

Rockey said “Now that we can finally see the light at the end of the tunnel as it pertains to CSO and our combined sewer project, we can start to re-task administratively at town hall.”

He went on to say, “A key part of re-tasking is bringing in a new deputy manager.” Montpelier’s codified ordinances allow for a building official, and the Deputy Manager would be expected to carry out those tasks.

The job description was sent out first to the Personnel Committee and some edits were made. Kannel moved to adopt, and Ewers seconded the motion, with unanimous approval.

Minutes from the previous meeting were approved, along with resolutions 1334 and 1335, which were suspended and passed. Resolution 1334 authorizes the Village Manager to purchase a 2023 International HV607 4×2 Cab and Chassis for the street department.

Nikki Uribes, Director of Finance, said that the truck is in the process of being ordered, but due to many shortages, they had to be placed on a list and it won’t be built until next year.

The Street Department is going to order the equipment this year, but hold off on labor costs until next year when the truck comes in.

There was some discussion of Resolution 1336, which would authorize the Street Department to purchase a 2022 Chevrolet Silverado 2500. Rockey explained that after getting a bid from

Chevrolet in Bryan, he would like to postpone and reach out to Ford, in Montpelier, for a price. Motter moved to table Resolution 1336 until the possibility of purchasing it within the village is checked. Council all agreed.

During Rockey’s report, he mentioned that with a few thousand left in the Founders Park Project budget and some potential grants, he would like to pursue an EV charging station at the park near the stage.

Rockey said, “The reason I like the idea of Founders Park is because it’s in our downtown historic district, so travelers from the turnpike can park in downtown for a quick charge and avail themselves of the businesses in the area.” Council Member Melissa Ewers said “This would add value to Montpelier.”

The Village is located only a few miles away from I-80, so travelers from the turnpike could be drawn to use the Village stores and restaurants. Other places such as by the Pool off 5th street, and town hall were mentioned as options to have the charging station.

It was agreed by all that this would be a great addition to the village, and to Williams County as the only ones available in the county are at the plazas near West Unity, and can only be accessed by going on the interstate.

With no further business, council went into Executive Session to discuss Property Acquisition, at 6:40 p.m., and concluded at 7:08 p.m. with no action taken.