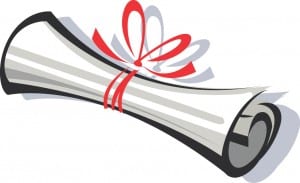 The Fayette Local Board of Education convened in their final regular session of the calendar year on the evening of December 17.

Of primary notice was the financial portion of the agenda for the evening. It had long been known that the estate of Nora Nash Smith had planned for the founding of a scholarship. On this evening, the Board was presented with the total figure of the most generous gift.

The Board approved donation in the amount of $105,445.33 from the Nora Nash Smith Estate to establish a scholarship fund for graduating seniors, and also accepted the donation of a telescope and several cameras from the Smith Estate to use for educational purposes.

The Board also accepted a $25.00 donation to be used for bus fuel expenses from the recent Kellen Keiser Memorial Run.

Looking ahead to 2013, the Board named Kirk Keiser as President Pro-Tempore for the January 2013 Board of Education Organizational meeting, which will convene on January 14 at 6:45, with regular meeting to immediately follow.

The Board agreed to pay from the school board fund, costs related to students snacks for the after school Families and Schools Together (FAST) program for fiscal year 2013, an amount not exceed $700.00.
Considering the substantial fees about to be imposed upon the district effective January 1, the Board took action accordingly, changing their financial depository institute to First Federal Bank of the Midwest. The Board also approved the establishment of a corporate credit card account with First Federal Bank of the Midwest.

The Board named Sarah Schrock for the Normal Memorial Library Board of Trustees, with a term beginning January 1, 2013 and running through December 31, 2019.

The Board established the sub custodian pay rate of $9.28 effective December 1, 2012. They also consented to the job description and post for a Technology Assistant, at a rate of $4,000 annually, and agreed to post the position for transportation coordinator and at the rate of $5,000.00 annually.
Finally, the Board approved Jason Nicely as volunteer coach for Varsity and JV girls basketball for 2012-2013 season.