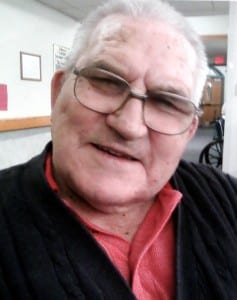 Orville Warren Cox, 91 of Montpelier died Monday at Hillside Country Living in Bryan. Orville has been a Williams County resident all of his life was born on December 16th 1921 in Bridgewater Township, Ohio to Samuel J. and Mabel E. (McCord) Cox. He graduated from Pioneer High School in 1939. After graduation Orville went on to serve his country in the US Army during WWII in Europe. When he returned from WWII he married Arlis M. Warner on June 4th 1946 and she preceded him in death in February of 2009.

Visitation hours for Orville will be on Thursday, January 3rd from 4-8 pm at the Thompson Funeral Home in Montpelier. Services will be on Friday at 11 am at the funeral home with Reverend Robert Miller and Pastor Dennis E. Rowe to officiate. Interment will be held at Riverside Cemetery in Montpelier with graveside military rites by the Montpelier Veterans. In lieu of flowers donations may be made to the Williams County Veterans Memorial Building. Condolences may be sent on line to thethompsonfuneralhome.com