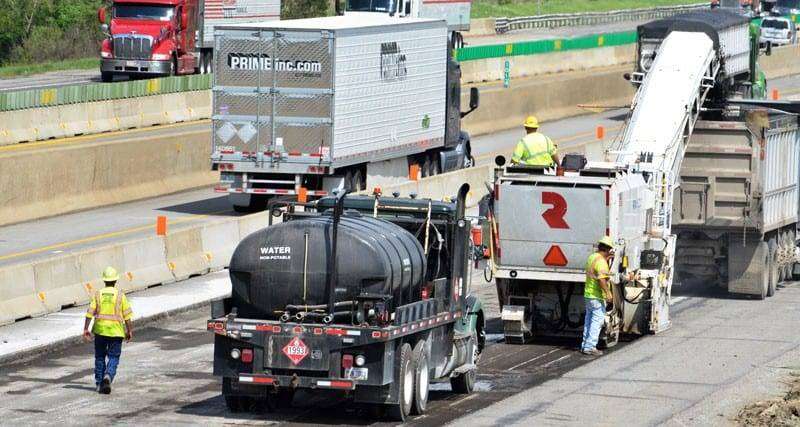 The Ohio Turnpike and Infrastructure Commission, at its regular meeting on Monday, approved its 2016 capital improvement budget. Included in the $143.5 million capital budget for 2016 are resources for numerous roadway improvements, such as base pavement replacement, bridge rehabilitation and repairs and resurfacing.
The Commission’s significant investment in its own facilities, its largest in 15 years, comes simultaneously with the Commission’s ongoing support of Gov. John R. Kasich’s Ohio Jobs and Transportation Plan. The plan is generating $1 billion for non-turnpike transportation infrastructure projects in northern Ohio from bonds issued by the Commission and backed by future toll revenues.
“Ohio Turnpike customers expect a safe and smooth roadway and our team is dedicated to providing excellence,” said Executive Director Randy Cole. “The Commission is able to fund improvements to our Turnpike infrastructure while also providing for thousands of jobs as part of Governor Kasich’s Jobs and Transportation Plan.”

BRIDGE REPAIRS/REHABILITATION
Bridge repairs and rehabilitations also are in the budget for 2016 with $15.7 million dedicated to their improvements. The bridge repairs include deck replacements, miscellaneous bridge rehabilitations, and substructure repair at various sites, including ten deck replacements at milepost 21.4 in Williams County, at mileposts 23.9, 24.4, 27.3, 41.9, 42.4 and 42.9 in Fulton County, at milepost 150.5 in Lorain County and at mileposts 197.8 and 198.5 in Portage County. Another 11 bridges will be repaired and rehabilitated from milepost 197.8 to 236.7 in Portage, Trumbull and Mahoning Counties.

Information regarding these projects, construction zones and/or changes to traffic patterns that may affect customers is posted on the Ohio Turnpike’s website, at the start of construction season in April and May. Changes to traffic patterns due to daily maintenance, weather and other factors is also routinely provided on the Ohio Turnpike’s Facebook https://www.facebook.com/OhioTurnpike and Twitter https://twitter.com/@OhioTurnpike pages.
For more information contact: Adam Greenslade, Director of Communications at 440-234-2081 ext. 1011 adam.greenslade@ohioturnpike.org or Brian Newbacher, Public Information Officer, 440-234-2081 ext. 1171 brian.newbacher@ohioturnpike.org
INFORMATION PROVIDED