FIELD TRIP … New Horizons students lined up for a memorable photo and a fun field trip.

It wasn’t until the last several decades when this country first truly began to not only pay attention to the disabled, but also search for ways to help them.

Up until the 1960’s, it was completely normal for an intellectually, developmentally, or physically disabled individual to face institutionalizing in hospitals and asylums, where their care would often range from adequate to downright abominable.

In 1967, the movement began to stop institutionalizing disabled people, and after forty years, we’re finally seeing real, true, hard-tested results. People afflicted by Cerebral Palsy, Multiple Sclerosis, Epilepsy, Autism and more are all finally getting the help, treatment, and most importantly, respect they deserve.

Here in Ohio, some of the finest treatment and personalized care can be found at New Horizons Academy, two branches of which are located in Wauseon and one in Holland.

This place is chocked full of people who have made it their missions to help disabled children grow into the most confident, intelligent, and independent people they can be, with the sort of loving care and assistance that used to be very difficult to find, which New Horizons has fought tooth and nail to make as accessible and personable as possible.

Like many great missions and determined legends, the concept behind the accessibility for New Horizons was born out of tragedy.

It was discovered that Jackson had been deprived of oxygen for too long prior to the delivery and was born with Cerebral Palsy, a motor disability that affects one’s balance and motor skills. It’s also the most common form of motor disability in children.

It can range from mild or moderate to severe in nature, and is caused by abnormal brain development, often while still in the womb.

The doctors informed Jackson’s devastated family that the baby boy would never have a normal life; his needs in fact, would be so complex and demanding, that they recommended he be placed in a special home where he could be properly cared for.

This wasn’t acceptable to the grieving family, who were certain that Jackson had other options. They set out to find them, and in the process, discovered other families bearing the financial strain of the same journey, seeking independence for their disabled loved ones.

This led to the formation of the non-profit organization dubbed Sara’s Garden in May of 2004, in honor of the woman whose son inspired this epic journey.

The desperate search finally led the families to the discovery of Hyperbaric Oxygen Therapy, typically used by the Navy to treat the Bends, otherwise known as decompression sickness from rising to the surface too quickly.

It’s a treatment consisting of %100 oxygen in increased atmospheric conditions in a controlled environment. But here, the possibilities are even more expansive, as it was discovered that Hyperbaric Oxygen Therapy, or HOBT for short, may have the potential to awaken the healing properties of dormant or inactive brain cells by improving oxygen availability and encouraging development where they may not be much, if any.

Thus, the idea for New Horizons Academy was formed and officially founded in 2013, with its signature HOBT facilities donated to the center by the US Navy.

The first campus was built inside of an old, renovated factory and redesigned from the ground up to be fully accessible for any and all types of student disabilities.

The school prides itself on its facilities and small class sizes, which only support up to five students at a time.

This allows for personalized lesson plans for each child, focusing on their personal strengths and weaknesses in order to identify their needs as early as possible.

In fact, New Horizons stands firm behind the earliest possible detection for disabilities, understanding that the greatest strides in development happen when the brain is at its youngest.

They also place a great deal of focus into conductive education, which representative Amy Murphy describes as ‘physical therapy on steroids’ as a fun nickname.

Conductive education was first developed in Hungary and focuses on firm rewiring of the brain and limbs to work in-sync with one another through repetition and long periods of practice.

“It’s not the hand or the muscle that has the issue with movement, it’s the inability of the neural pathway from the brain to the hands. 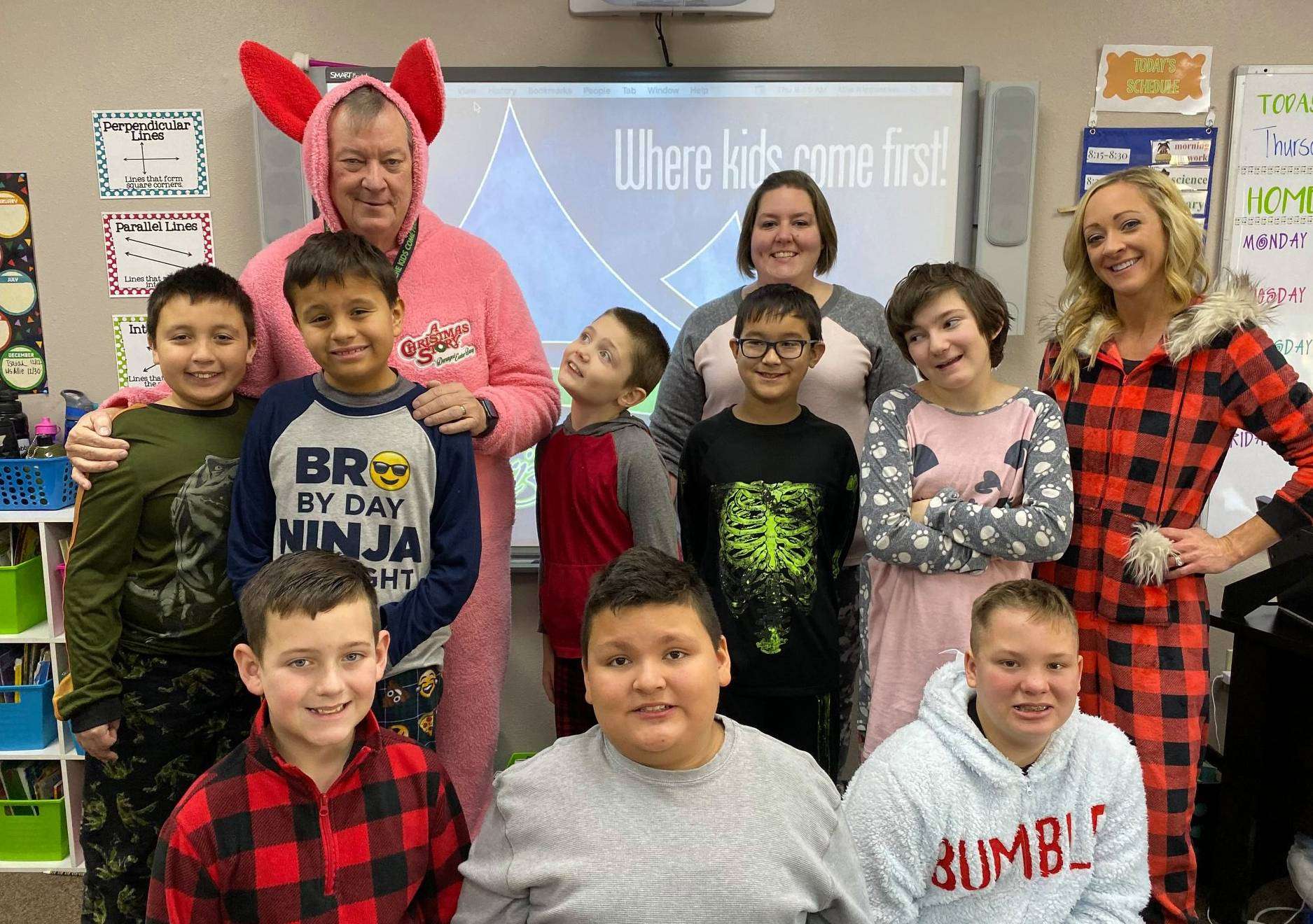 New Horizons also encourages movement and play as much as possible without the aid of wheelchairs or other equipment if the child is capable of doing so, employing the use of a specially designed playground made to assist the children in balance and movement, while also allowing them to have fun doing so.

Students Pre-K through age 22 are supported by the school in all manner of different ways, ranging from speech and physical therapy, all the way up to vocational training for life as an adult, building independence and confidence at the same time.

New Horizons has even begun setting up its own vocational training center in the form of a coffee shop called Special Grounds Coffee Co, which exposes older students to life in the workforce taking care of customers and filling orders, helping them get used to life in a fast-paced work environment.

The coffee shop itself is still under construction, but orders are being taken and filled online and all proceeds go into training and facilities for the students.

The school is hoping to have the shop ready and open for business in August of this year.

Parents can also rely on the school for information about special programs available through the Health Department, such as Help Me Grow, the Department of Developmental Disabilities, and Family and Children First, all of which have a vast array of services available to parents seeking help for their children.

And the school is entirely tuition free, easing the financial burden for the parents. Students apply for scholarships from the Ohio Department of Education, which covers all their costs for attending and allows them to fully enjoy every benefit the school has to offer them.

We’re living in a fortunate time where more help is available than ever before for children who start out in life with less than a fair hand, and while it can still be a little difficult knowing where to start, New Horizons Academy wants parents everywhere to know that there are always options and help is always available.

Children deserve the very best we can give them, and the future for those born with disabilities and developmental delays is looking brighter and more optimistic than ever before.