Village Of Montpelier To Work With Township On Road Repair; Resident Feels Meetings Should Not Open In Prayer 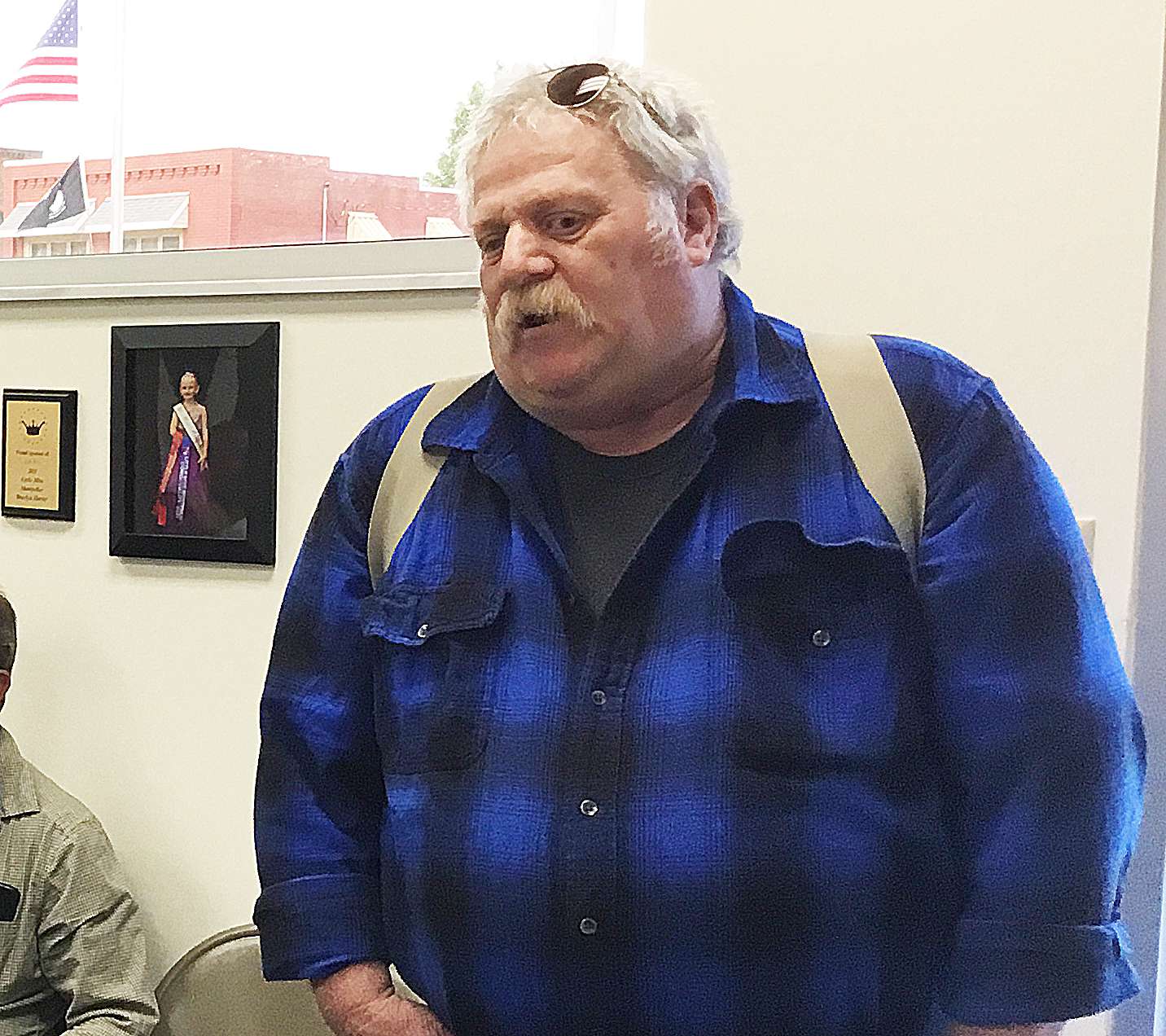 COOPERATION …With open communication and good attitudes, Montpelier Village Council agreed to fulfill a request made by Superior Township representative Dave Apple, to pay for half of the bill to bog seal Creek Blvd.

By: Rebecca Miller
THE VILLAGE REPORTER

Montpelier Village Council began the May 23, 2022 meeting as always, with an opening prayer and the Pledge of Allegiance, followed by the approval of agenda, and the minutes from the previous meeting.

Superior Township representative Dave Apple explained to council that Creek Blvd., which was freshly tarred and chipped last summer, has been damaged by the village trucks hauling tons of limestone on it.

County engineer said the best solution presently would be to bog seal (clean it off and put light coat over it to stop the dust) it, which will run around $2000.

He was there to ask council if they would be willing to pay for half of that cost since it was village trucks that damaged it.

Council members and Mayor Steve Yagelski asked a few questions and unanimously agreed to work together, not just for this effort, but also for the future where that road is concerned.

They made a motion and approved it to cover half the cost of the project on Creek Blvd. The money will come out of Tax Capital Improvement, most likely.

Montpelier always offers a time when residents can address the council, and on this evening, there were three who wanted to speak with them.

First to speak, Elijah Utley, began by stating his feelings about the meeting being opened in prayer. He said that he disagrees with having prayer involved in a government meeting, especially if they are praying to one specific god.

“If you are only praying to Jesus Christ, you are excluding people who pray to Allah or Vishnu or don’t pray at all,” he said.

His reason to be there was to observe and see how the process works, as he is on the agenda for June 13th. He drew it to their attention that the signage on the door might need to be more welcoming for the meeting, and let them know that the clock up town is stuck at a set time and needs to be changed.

Council member Melissa Ewers addressed the prayer comment, saying that when she first began attending council meetings before she was elected to council, she wondered about prayer in the meeting also.

She said she looked it up and it is legal to be done and that she has chosen to see it as a matter of respecting whatever prayer is happening. “It is a way to let us reflect and be all together.”

Utley said, “Just because it’s a law doesn’t mean it’s correct.” He said a few other comments, ending with, “You can pray on your own time.”

Pastor Mary Beth, who had prayed, said she agreed with him and stated, “I want you to know, I completely agree with you and this is probably the first time in months that I have prayed in the name of Jesus Christ.”

“I almost always do not do that for the very reason that you said. I appreciate your comment and that affirms my decision to not do that, so thank you for saying that.”

“I think there is room for more people at the table than we sometimes acknowledge, so thank you.” Utley responded, “Thank you. I appreciate that.”

Next up was Mike Paschall, who began by saying, “I want to say that I really appreciate the prayer and the Pledge of Allegiance.”

He petitioned the council to assist him with his concerns about 312 Lawrence St.  He said that they are just asking for enough time to get the property fixed up.

Village Solicitor Chris Walker stated that since this is in possible litigation, council meeting is not the right way to handle it.

It was agreed that Jason Rockey and Walker would meet with Paschall and his lawyer sometime soon. Paschall said he just “wants to facilitate and work with you, keeping it low key and informal.”

The last person to address council was Sarah Ferguson, sharing that she has a problem with so many cars being parked in front of her house that she cannot put her garbage can out for ARS to empty each week.

Following a short discussion with a few possible solutions suggested by council and Village Administrator Jason Rockey, it was agreed that Rockey will talk with ARS to figure out a solution.

Council committee reports were shared next, with Melissa Ewers reporting that PCS met and they want to officially put out invitations for residents to attend council meetings even when they don’t have issues to address.

He recommended that all coming to work should dress in long pants and bring bug spray and any lawn and garden or wood cutting tools to use.

Ewers asked about the poison ivy on the trail and Kannel said that it is an ongoing battle to clear it.

Councilman Kevin Motter shared that the flags are all in for Memorial Day. All fifteen of the Veteran’s Memorials will be done by the end of next year as another one was just completed.

Memorial Day, Monday, May 30, will be the same as always, with the parade at 10:30, Bike Judging with awards, and the guest speaker at the cemetery will be Mayor Yagelski this year.

-JR Treace is now full-time in the police department.

-Derrick Wyrick is leaving the village electric company to work for BMU (Bryan Municipal Utilities). He said that BMU and Wyrick are both being understanding to make sure he is available to finish out a job he started, before moving on.

-He has spoken with Gary Baker, Village Administrator in Holiday City, about the SCADA project. Village Council of Holiday City gave approval to pay for the tower, around $11,000

-Handbook is progressing with Clemens Nelson

-He has been conversing with Representative Jim Hoops concerning a development that might restrict the village’s ability to access delinquent utilities to owners’ properties if it is non owner occupied.

House Bill 422 was in the Rules and Reference Committee.  Rockey said that it has been passed with no hearing and will move on to the Senate. “It is a definite impingement on home rule,” Rockey said.

“It doesn’t apply to electric yet, but it might head in that direction in the future.”  As Montpelier has a very specific system to cover “assessed bills” by landlords, they have been covered.

Apparently some municipalities were not alerting owners before they assessed their taxes and that caused this to come up.

There was some discussion as to how the responsible people get penalized for the irresponsible. Rockey said Hoops is going to reach out to Senator Rob McColley with their concerns.

He also added that Rep. Hoops met with Rockey and the Utility Committee members at Rowes to discuss the situation.

With no further business, the meeting adjourned at 6:46 p.m.