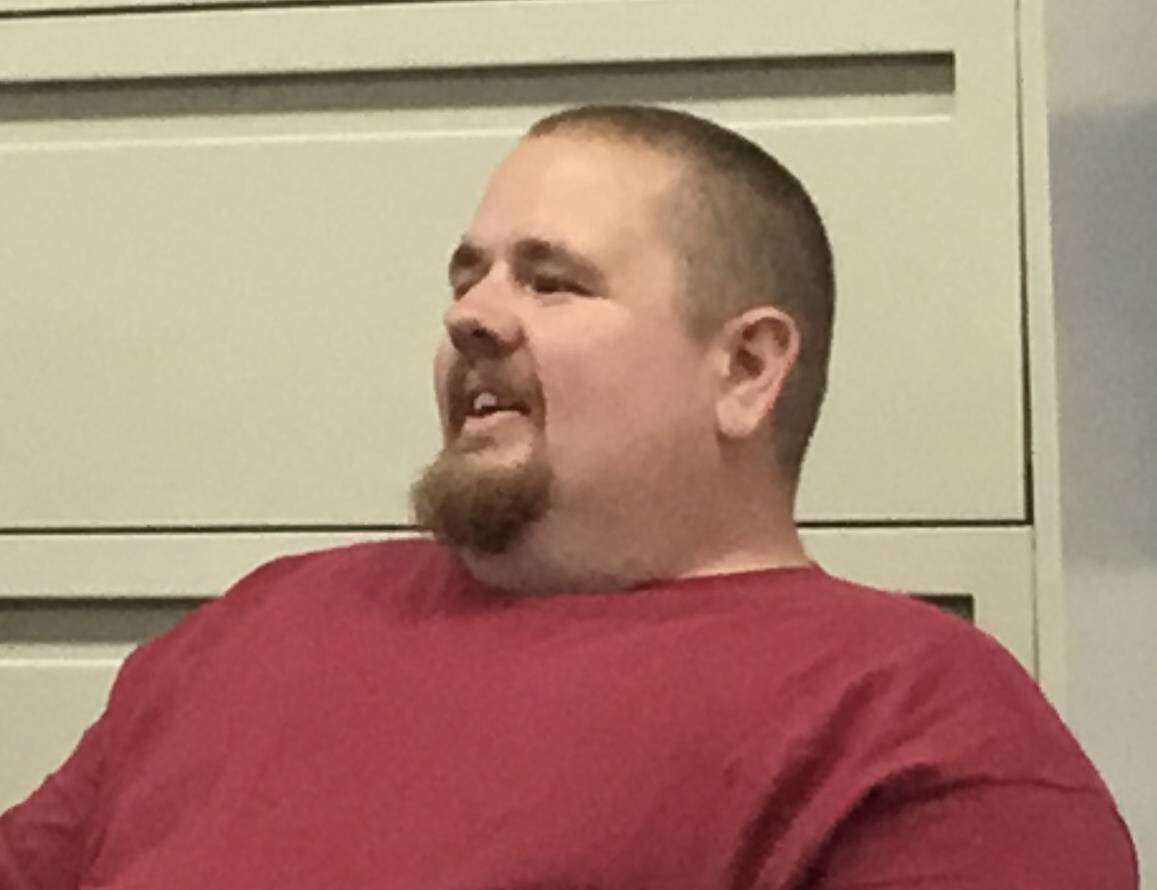 GOATS IN TOWN? … Stryker resident Martin Cherry presented a request to Stryker Village Council at the June 21, 2021 meeting, asking for a variance that would allow his family to have some goats to provide for a health need. (PHOTO BY REBECCA MILLER, STAFF)

COVID funds are still benefitting the area villages as they have spent time determining the needs of the village on which the money can be spent.

Stryker Village Council had Village Administrator Al Riegsecker and Clerk Beth Rediger check into the possibility of an electronic sign in front of the village hall and during the June 21, 2021 council meeting, they were presented with a “final” proposal.

Following some discussion and the request that the two check a little more to see if they can bring down the cost of the sign, council approved a motion for them to go ahead with the construction.

The sign will cost around $27,000 plus another $4000 for the brick work which is being done by a local business. The $27,000 includes the software, updates and training for how to best use the sign.

Council and the office look forward to being able to keep the village residents up to date with announcements such as when the hydrants will be flushed, date for large item pick up, village events and other such items.

Stryker resident Martin Cherry requested a variance on the “no farm animal” ordinance, as their family has a child who needs goats’ milk. They would like to keep a few goats to provide that for the family, and council agreed they will check into the legality of it and get back to him.

Cherry informed council that the 3.19 acres would be on the side of their property away from the village.

Council voted to approve the agenda, the previous meeting minutes, the finance report and Resolution #06-2021-2 “Accepting amounts and rates as determined by the Budget Commission.” Rediger informed council that the Audit report is finished.

A report was given by Councilor Sean Ingram on the Welfare Committee meeting which was held on June 7, 2021.

Ingram shared that the purpose of the meeting was to discuss the village’s community event which has been referred to in the past as Strykerfest of Stryker Heritage Day.

There was much discussion during the committee meeting about whether it should be held, what would stimulate higher participation, whether to move the date so that it would be held on the same date as a Craft Fair at Springfield Township Park, what factors made it successful in the past, and how much it would cost to do it well.

The committee recommended to council that a fund of $1000 be formed for Heritage Day and that the Committee get started on specifics for the day, which is set for August 21, 2021. Council did approve their recommendation and the Committee will be meeting again soon to hammer out the details. It was agreed that there will be a Parade.

Police Chief Steve Schlosser reported that he had been given a verbal resignation of a part timer, so the schedule will be tight for a while.

Since the last meeting, the police department had 66 total reports, five traffic warnings, three citations and one arrest.

Riegsecker informed council that the crew took down a tree that morning, they have been busy picking up brush all around town, normal clean up of the town continues, and the Senior Center lightbulbs were all changed as they are open again.

A new leak in the Village Hall roof made them aware that the roof actually needs to be replaced which will cost around $13,000, and will be done soon.

Councilor Vicki Cameron asked how everyone would feel about her checking into the possibility of a Dog Park for the village, that would allow dogs to run “off leash”.

Mayor Joe Beck asked Riegsecker to check into where the best place would be for one, and council members agreed it is fine to look into it.

Mayor Beck informed council that he got an email that some people are interested in doing some service work for the village and he will check into that further.