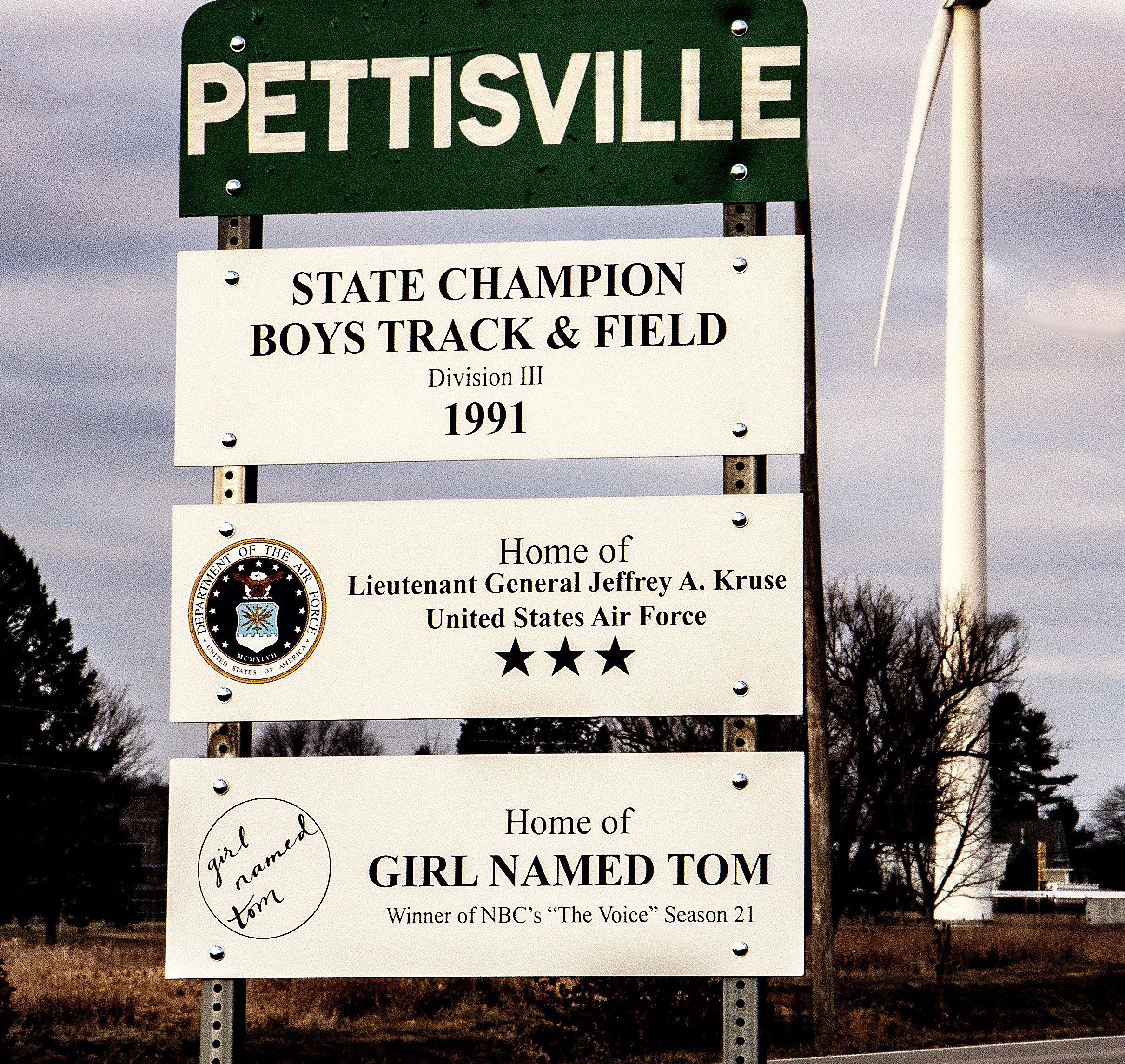 Visitors to Pettisville are now greeted by additions to the “city limits” signs as the Pettisville School Foundation honors four PHS grads who have brought honor and recognition to Pettisville.

Three-star Air Force Lieutenant General Jeffrey A. Kruse and the musical group, Girl Named Tom, consisting of Caleb, Josh, and Bekah Liechty will join the 1991 State Track and Field Champion Team which, uniquely, consisted of one person, Lincoln Cobb. All are PHS graduates.

One of only 43 three-star generals in the United States Air Force, Lieutenant General Jeffrey A. Kruse (PHS ’86), is currently Director’s Advisor for Military Affairs, Office of the Director of National Intelligence, McLean, Va.

Jeff has served as an outstanding representative of PHS. He was very gracious and humble in his return to Pettisville to receive the district’s “Circle of Excellence” Award in May of 2017.

Jeff is the son of Arnold Kruse and the late Joan Kruse.

GNT won season 21 of NBC’s “The Voice” with their amazing sibling harmonies during the finale results show on Dec. 14.

On that same day, four of their songs were on iTunes Top 10 Songs Chart (including #1). The first trio ever to win on “The Voice,” they have represented Pettisville well in both song and through their presence on the national stage.

Their parents are Holly Liechty and the late Chris Liechty.

The original 1991 state champion track and field team sign has been replaced.

That “team” garnered national media attention as the only team member, Lincoln Cobb, competed in three events and won the team championship for Pettisville all by himself.

He won the long jump, the 100 meter dash, and finished second in the 200 meter dash, scoring 28 points to claim the 1991 Division III state team championship, the first and only in Pettisville’s history.

Lincoln is the son of Jan Cobb Nofziger and the late Dan Cobb.