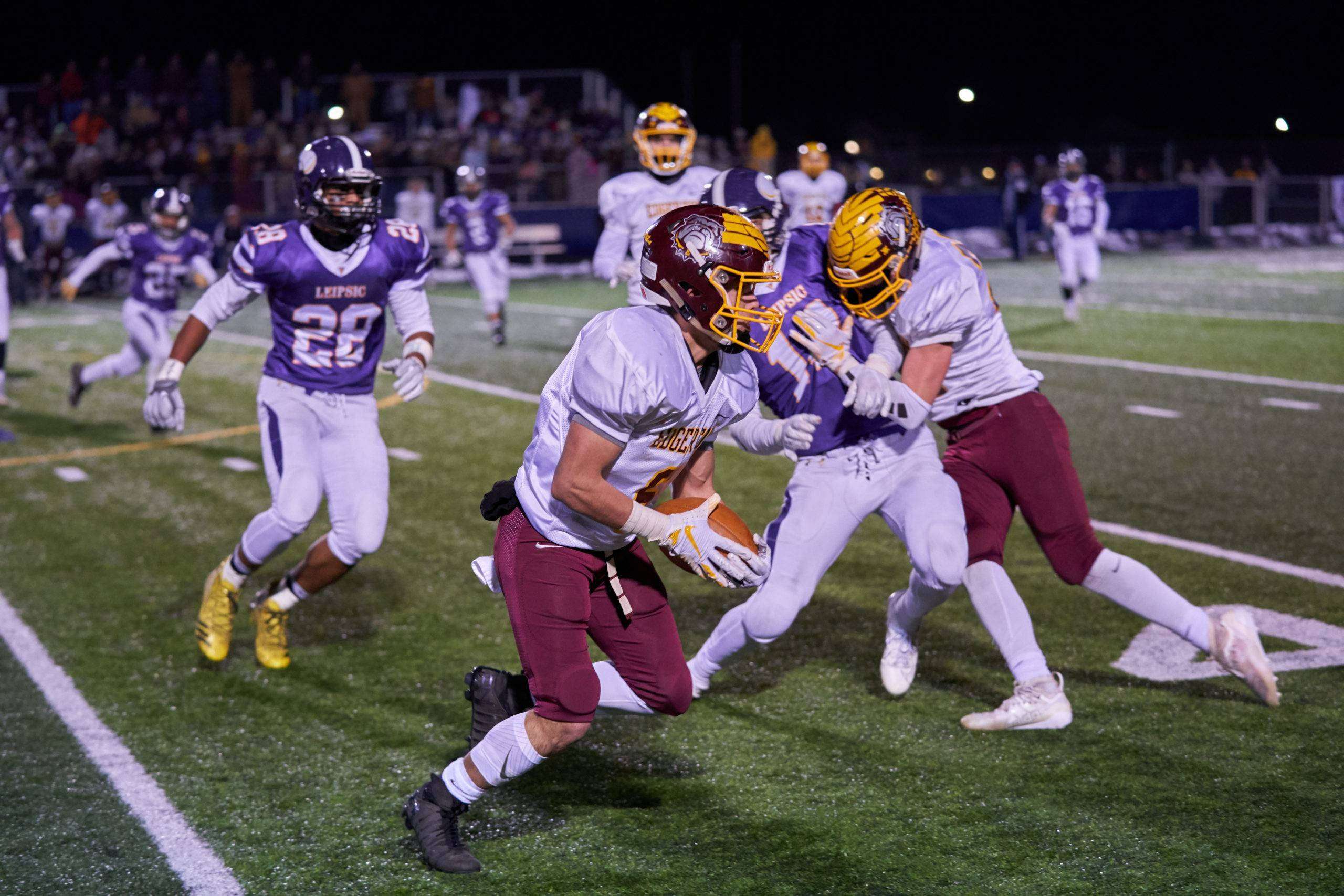 NAPOLEON-The Leipsic duo of Lorenzo Walther and Juan Pena rushed for 146 and 108 yards respectively to lead the Vikings past Edgerton 39-6 in the Division VII Regional Semifinals at Buckenmeyer Stadium in Napoleon on Saturday night.

Pena got the Vikings on the board with 6:31 left in the opening quarter on six-yard touchdown run to give Leipsic a 6-0 lead after the extra point was missed.

Leipsic added another touchdown a short time later as quarterback Drew Liffick fired a 20-yard touchdown pass to Fabian Pena and after Liffick went to Juan Pena on the two-point conversion the Vikings had a 14-0 lead.

Leipsic’s third possession resulted in another score as this time Lorenzo Walther broke a tackle and went 70 yards for a touchdown to make it 20-0 in favor of the Vikings. A Walther interception at the Edgerton 21-yard line with 4:00 left in the 1st half set up another Leipsic score as Walther eventually punched it in from three yards out to make it 26-0 at halftime.

The Bulldogs broke through in the third quarter, after a nine-yard scoring run by Walther extended the Vikings lead, with a Jaron Cape to Colin Gary 47-yard touchdown pass to cut the Leipsic lead to 32-6.

Juan Pena ended the scoring for both teams early in the final quarter when he ripped off a 35-yard touchdown run to make it 39-6.

The Edgerton (8-4) offense was limited to just 81 yards on the ground and were hampered by three turnovers and defensively they had no answer for the Leipsic running attack.

Cape went 9/15 thru the air for the Bulldogs for 124 yards and a touchdown while senior Hunter Prince had 17 carries for 50 yards as he concludes an outstanding career at Edgerton.