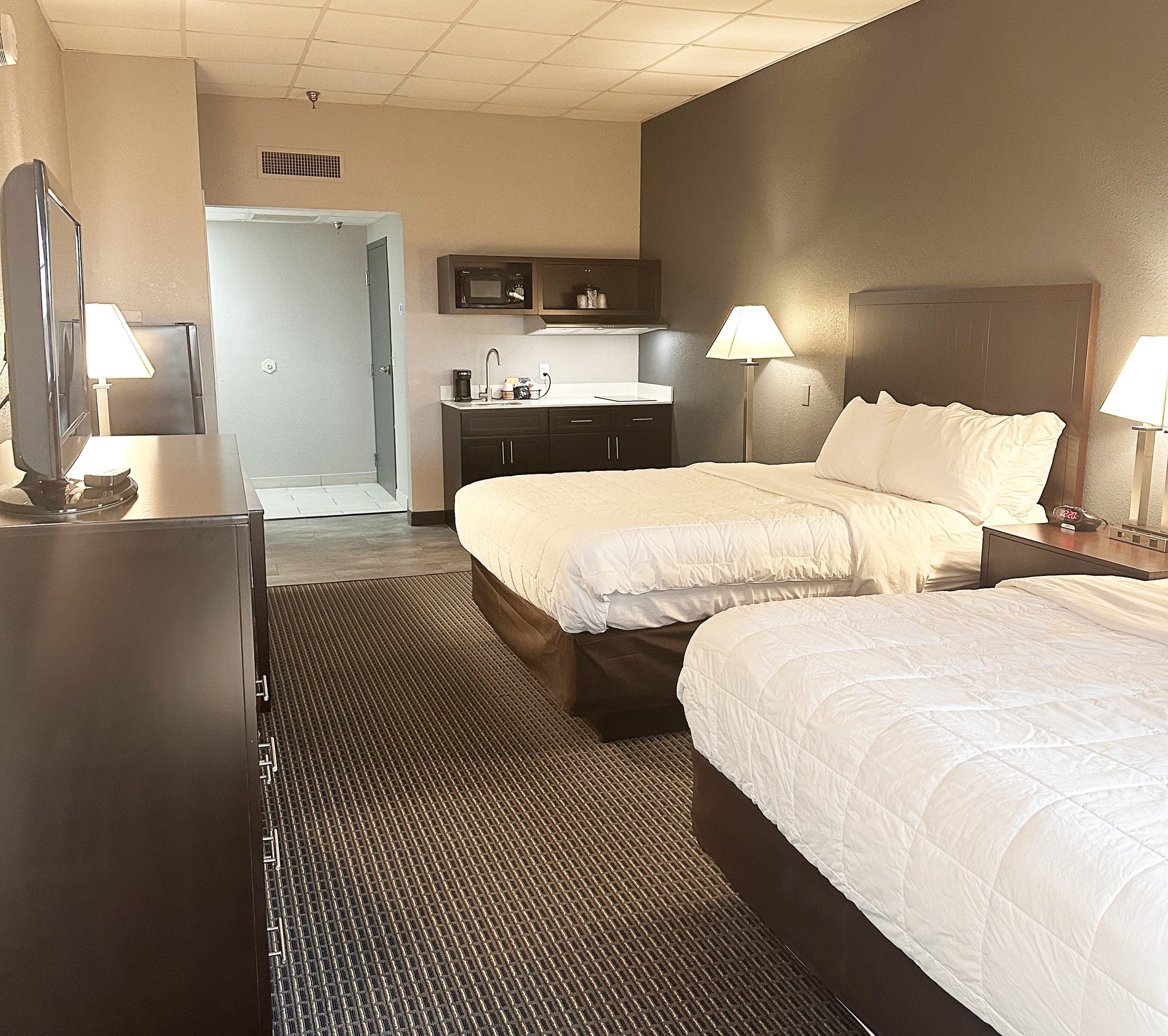 QUEEN ROOM … The new Queen-Sized room is shown here as part of the work done to combine Quality Inn with Suburban Studios at the hotel in Holiday City. (PHOTO PROVIDED)

The Quality Inn and Suites Hotel in Holiday City has been going through a re-branding process.

The hotel itself, located at 13508 OH-15 and has been a part of the community for quite a long time.

The rebranding of the hotel will see the addition of a new hotel, in a sense putting two hotels into one. Quality Inn is a specific brand owned by parent company Choice Hotels.

The new addition is also owned by Choice Hotels and is called Suburban Studios Extended Stay.

Despite being two hotels, everything for customers will stay the same when it comes to reservations, and interactions with employees.

Amenities will also remain the same as far as what is offered at the hotel. The big difference is the type of rooms that will now be available.

The Suburban Studio rooms will be around 75-100 square feet larger than the regular rooms.

Forty-three rooms will be available inside the three-story building at the hotel. Each room will have its own furnishings including a larger size fridge, stove tops, vents, and a full-service kitchenette.

These changes are most definitely big for both the hotel, and the community, and is something that was needed for many different kinds of clients.

“A lot of companies in the local area have been requesting an extended stay and now we are able to provide it to them. The hotel has been in the community for the longest time.”

“I cannot say enough about the community support and how amazing it has been. All the local companies have given us great support.”

“We love our customers, and they love us, and we want to continue our relationship for the next 50 to 100 years,” said General Manager Sam Muraeky.

These changes have already been in the works for some time now.

Everything is expected to be ready for customers by the end of the week during the week of January 2nd.