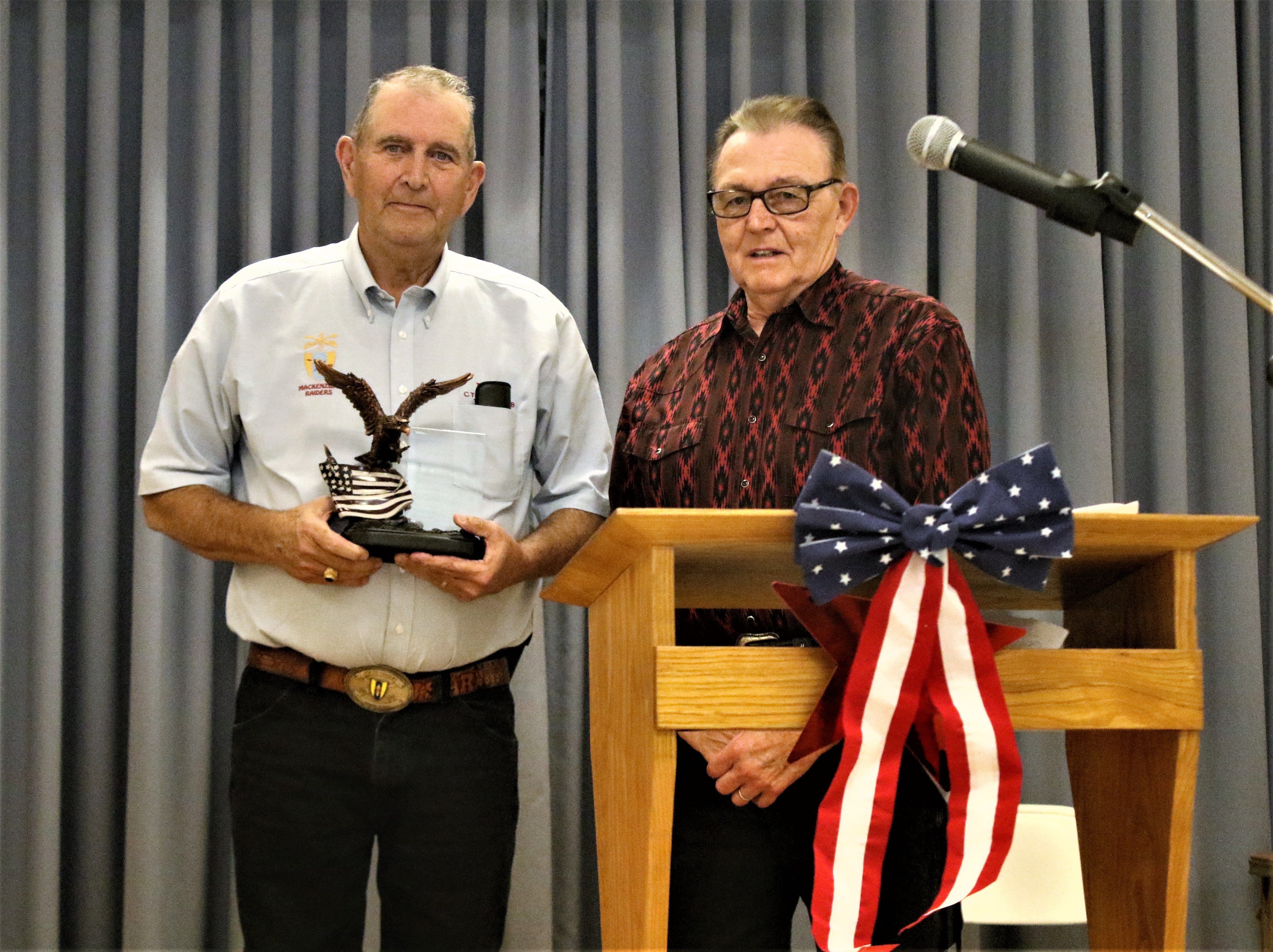 The Veterans Service Commission of Fulton County held their Second Annual Fulton County Veteran of the Year banquet and, from four outstanding and well-deserving finalists, chose R. Frank Cuff to receive the prestigious award. The banquet was held at the Delta American Legion Post 373 and hosted by Veterans Service Director Tim Meyer (USAF) and his staff.

The guest speaker was William T. Wiseman, Ph.D. (USMC), a Vietnam combat veteran and the 2018 Veteran of the year in the State of Ohio. After Mr. Wiseman spoke, each finalist was introduced in the following order by Mr. Meyer and a short bio was read.

Mr. Patrick J. Boyd served in the US Army from May 28, 1968 to May 20, 1970. Mr. Boyd’s nomination was filled with his devotion to veterans and active duty service members. He has assisted with Blue Star Banner deliveries with both the Swanton American Legion Riders and the West Unity American Legion Riders. Mr. Boyd has participated in Wreaths Across America, Honor Flight Motorcycle escorts and Fallen Tribute Towers. He is also a member of the Swanton American Legion Honor Guard, giving his time and ability to honor Veterans at funerals, parades and other special occasions.

Mr. Robert Cain served in the US Air Force from November 19, 1965 to October 24, 1969 and later with the Ohio Air National Guard, retiring on January 29, 2003 with over 35 years of total military service and attaining the rank of Master Sergeant. Mr. Cain’s nomination showed his deep commitment to Veterans and his community. He has served Delta Post 373 quite faithfully as the Post Adjutant for over 20 years, Post Hall Manager and other Post functions. Mr. Cain is a member of the Fulton County Color Guard and serves his community as a member of his church’s council.

Mr. R. Frank Cuff served in the US Army from May 23, 1967 to May 22, 1969. Among his military awards are the Bronze Star, the Purple Heart, the Vietnam Service Medal with Four Bronze Service Stars and the Vietnam gallantry Cross, With Palm.

Mr. Cuff’s nomination packet listed his leadership in many organizations including VFW Post Commander and VFW All State Commander, President of Vietnam Veterans of America Chapter 954, VFW Hospital Chairman for Nursing Home over 25 years was Hillsdale County, Michigan Military Person of the Year.

He continues to visit schools and organizations recounting his time in Vietnam. Mr. Cuff has been honored to lay a wreath at the Tomb of the Unknown Soldier in Washington, D.C. and his exploits in battle have been recorded in two books, “Hundred Miles of Bad Roads” and “Battle for Saigon, TET ’68.”

Mr. Jerry L. Leupp served in the US Army from August 10, 1966 to May 14, 1968. Mr. Leupp’s nomination reflected his devotion to the men and women Veterans of our county. He has been a Commander and a First Vice Commander for the VFW for many years.

Mr. Leupp is also the Commander of the Fulton County Honor Guard and ensures that every Veteran receives their Military Honor regardless of the outside conditions or his own personal health. He is also an active member of the American Legion and continues to present himself as a mentor to other Veterans who seek to continue their service to their community and country.

Also presented during the banquet were Vietnam Veteran Lapel Pins to all those in attendance who were eligible. Living United States veterans who served on active duty in the U.S. Armed Forces at any time during the period of November 1, 1955 to May 15, 1975, regardless of location, were eligible to receive one lapel pin.

Be the first to comment on "R. Frank Cuff Named Fulton County Veteran Of The Year"