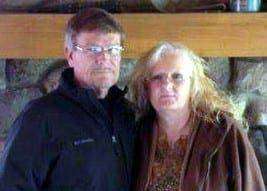 Pastor John Winright, pictured with wife Marilyn, will be starting a new church in Angola, Indiana, on June 30. (Photo provided by Mr. Winright)

John Winright, formerly of Edon, has worn many hats in his lifetime. With a manufacturing background, he has worked as a night shift supervisor and in maintenance. He later worked as a senior account executive out of a Dallas, Texas, company in Midwest and Southeast Sales, which included accounts from major retailers. As an entrepreneur, he has ownership in companies in Florida, and was the fouder and formerly the owner of Windwood Hollow Golf Course north of Edon. He also served as mayor of Edon from 2001 until 2003 when a job transfer moved him from northwest Ohio. His last sales job took him to Gaffney, South Carolina, but last fall, he returned to the tri-state area and settled in Fremont, Indiana. In his latest venture, he will be the pastor of Revelation Church, a Full Gospel Non- Denominational Church, which will be located five miles west of Angola, Indiana, at Silver Lake on State Route 20.

Pastor Winright will be renting the facility on Silver Lake, which is in the process of being renovated, but in the meantime, a local ministry offered the new church the use of their facilities. The first service will be held on June 30 at 10:00 a.m. at Solomon’s Porch, located at 113 West Monroe Street in Angola. This is just west of the circle.

Winwright said that he was born again in 1980 while living in Tarpon Springs, Florida, at an Assembly of God church. He said that his life was changed. He became very active in his churches and has since in ministries for 32 years. As a lay person, he was moved into leadership positions, and has filled the pulpit many times. He says that he has built a “wealth of knowledge” from his years of service. He was also accredited as a pastor through National Association of Christian Ministries.

Winright was first called to pastor as a teen, but he didn’t answer the call at this time. He said that he is ready now. In the process of moving back to this area, the Lord moved on his heart and his wife of 31 years, Marilyn, to start a church. They looked at facilities for sale, but the first few buildings were not going to work out. He spotted an empty building at Silver Lake while driving from the west. There was no contact information posted, but he turned into a driveway and asked the man working in his yard if he knew who owned the building. He did, and he told the Winrights that he believed it may be available for rent. A couple from Fort Wayne, Indiana, owned the property and had purchased it as an investment property. They were able to come to terms on renting, and it is being remodeled at the present time.

Until the facility is ready, Winright has been holding monthly organizational meetings, and is working on building a congregation. Just this past week, they were offered the use of the facilities at Solomon’s Porch until renovations are completed at the Silver Lake building.

Mr. Winright said that he decided to name the church Revelation Church for the Revelations book of the Bible as he believes we are approaching the End Times. The church will be a “down-to-earth, loving caring church” where the “true Word of God” will be preached, and people can learn “how to live right.” Winright believes in the “infallible Word of God, front to back (of the Bible). His Word is true.” He does not wish to pull people from their current churches, but believes that there are many people in the tri-state area encompassing Ohio, Indiana, and Michigan, who are searching for a Full-Gospel church.

Winright is presently employed at an RV sales business in Coldwater, Michigan, but would like to be a full-time pastor. He plans to step out in faith in a few months toward this endeavor.

In the meantime, he and his wife Marilyn enjoy being back in the area where they can be closer to their seven sons, nine grandchildren, and one great-grandchild. One of the first things Mr Winright did after returning to this area was to officiate at the wedding of his granddaughter. He enjoys spending time with his family, likes basketball and softball, and enjoys watching NASCAR racing. He describes himself as people-oriented, and most everything he does is for his family. He describes his priorities as “God, family, and then career.”

Mr. Winright has two sisters and his mother in Montpelier, Ohio. His si Full Gospel Non- Denominational Churchster’s are Bonnie Warner, and Judy Demuth. He is hoping that they will be able to attend his first service. He said that he is “really excited about what God is going to do” in this new church. “Everything is His. He will bless it.”

Those wishing to attend may come to Solomon’s Porch at 113 West Monroe Street in Angola, Indiana, on June 30, at 10:00 a.m. Attendees will be notified when they will be able to move to the permanent Silver Lake facility.