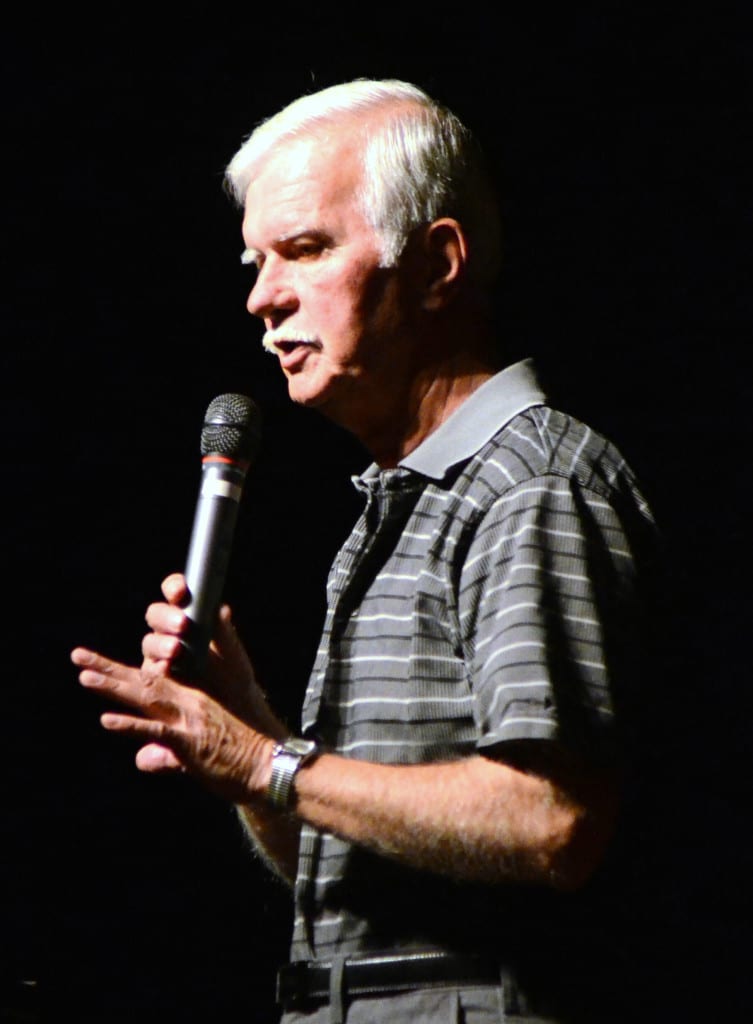 By: Jake Weber
THE VILLAGE REPORTER

(April 14th, 2015): WAUSEON — As Wauseon’s High School auditorium began to fill Tuesday morning, Rick Mann observed the mob of students and faculty from the spotlit stage. Mann, an Ohio State alumni with degrees in both education and law, has served as Legal Counsel for school administrators for many years; publicly speaking to students and teachers failed to instill any pressure in his calm and collective ambience.

After a warm and welcoming applause, Mr. Mann bluntly began his presentation with no informative introduction. Mann instilled his intentions with the audience: to openly educate the repercussions of abusing the internet and its infinite services.

For the first time in history, what you do in the cyber world is permanent, it never goes away. Data and information can be retrieved in 10 to 15 years; security experts can recreate. There is a myth in privacy, nothing is private. Though you can make it harder for someone to get into your stuff, you can’t fully prevent it. Mann described a recent report in which a man in Columbus was arrested when authorities discovered nearly 40 computers lined up calculating algorithms to gain access to private accounts online. One bad mistake can haunt you for years to come; effects are already staggering in numbers.

Cyber cheating is becoming more accessible to students every year. Mann estimates statistically that nearly 75% of students have cheated at least once, 15% routinely, and 20% constantly. Nearly one out of every three students confessed to cheating due to pressure. Mann pointed out that citing a source in a piece of work is not cheating. Even in the professional world employers will fire employees for lying on resumes and interviews.

Cyber bullying continues to be more rampant despite extended measures to monitor and prevent online bullying. The most troublesome aspect of cyber bullying is the sheer number of different ways it can happen. The creation of crush sites has redefined the term “crush”: by expressing thoughts and opinions anonymously, most people find themselves with crushed spirits. Mann recommends to respond collectively and stop the bully in one’s culture and community. Those who wish to stop the bullying need to put an end to the bullying itself; the individuals to tend to bully don’t usually tend to engage in debate. A bully’s primary source of victimization tends to be singling out individuals for being different. Mann encourages using the bully’s recognition of individuality as a compliment and standing up for one’s self. Refusing to give a bully the satisfaction in knowing that they may be causing harm is crucial. Mann also recommends students to console in a trustworthy, faithful person physically not via computer.

Mann explained the definition of free speech as outlined in the First Amendment to the U.S. Constitution. The notion of having freedom of speech is falsely associated with the presumption that one may say anything to any one at any time; however, the First Amendment actually means that the government cannot censor or control the content of one’s speech unless it creates a threat to society. Because defining a threat is so difficult under the current laws, the U.S. Supreme Court is in the process of determining and outlining the definition of a threat in the online world.

The final segment of Mann’s presentation consisted of giving detailed examples of sexting, context of joking online, and the repercussions of making fatal mistakes that many young people see as irrelevant to themselves. Mann’s speech was an inspirational, edgy piece that deals with a bitter truth many find hard to swallow.

More detailed information on Rick Mann and the topics he covered can be found at www.rick.mann-cyber-counsel.com

Jake may be reached at
publisher@thevillagereporter.com