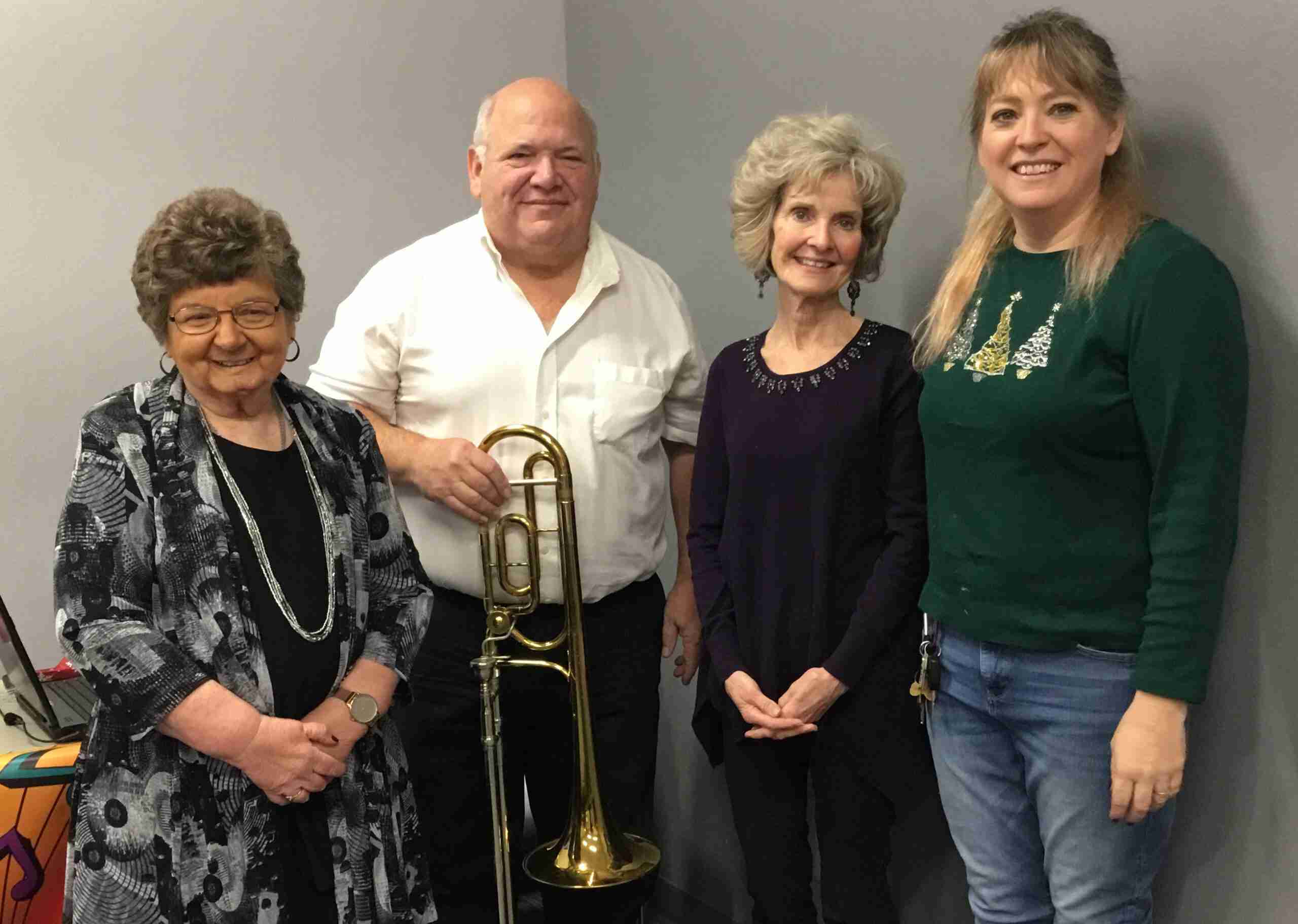 HOSTESSES AND ENTERTAINMENT … Librarians Linda Woodall, Connie Aeschliman and Samantha Wisnewski took a moment to pose with The Trombone Guy – Mark Nightingale at the end of a lovely morning together at the Stryker Library Senior Christmas Tea. (PHOTOS BY REBECCA MILLER, STAFF)

Despite the extremely deep fog on the morning of December 10, 2021, twelve folks made it out for the Seniors Christmas Tea hosted at the Stryker Library.

After signing in for the drawings, the guests were welcomed by librarians Connie Aeschliman, Linda Woodall and Samantha Wisnewski. Finding a seat around the cheerfully decorated tables, each one greeted those they knew and met those they didn’t.

Mrs. Wisnewski had made little houses out of books with a decorated book for a roof, which were given their due praise as fun and beautiful.

The guests enjoyed a delicious brunch of hot egg casserole, frothy fruit salad, fresh grapes and of course plenty of carbs in the form of cookies, muffins and bagels.

After about a half hour of visiting while eating, Mr. Mark Nightingale – The Trombone Guy was introduced and began to regale the roomful with the bright sounds of Christmas.

He played a number of soft carols, mixed in with more bouncy tunes, drawing the group into a point where they all joined in and sang along. 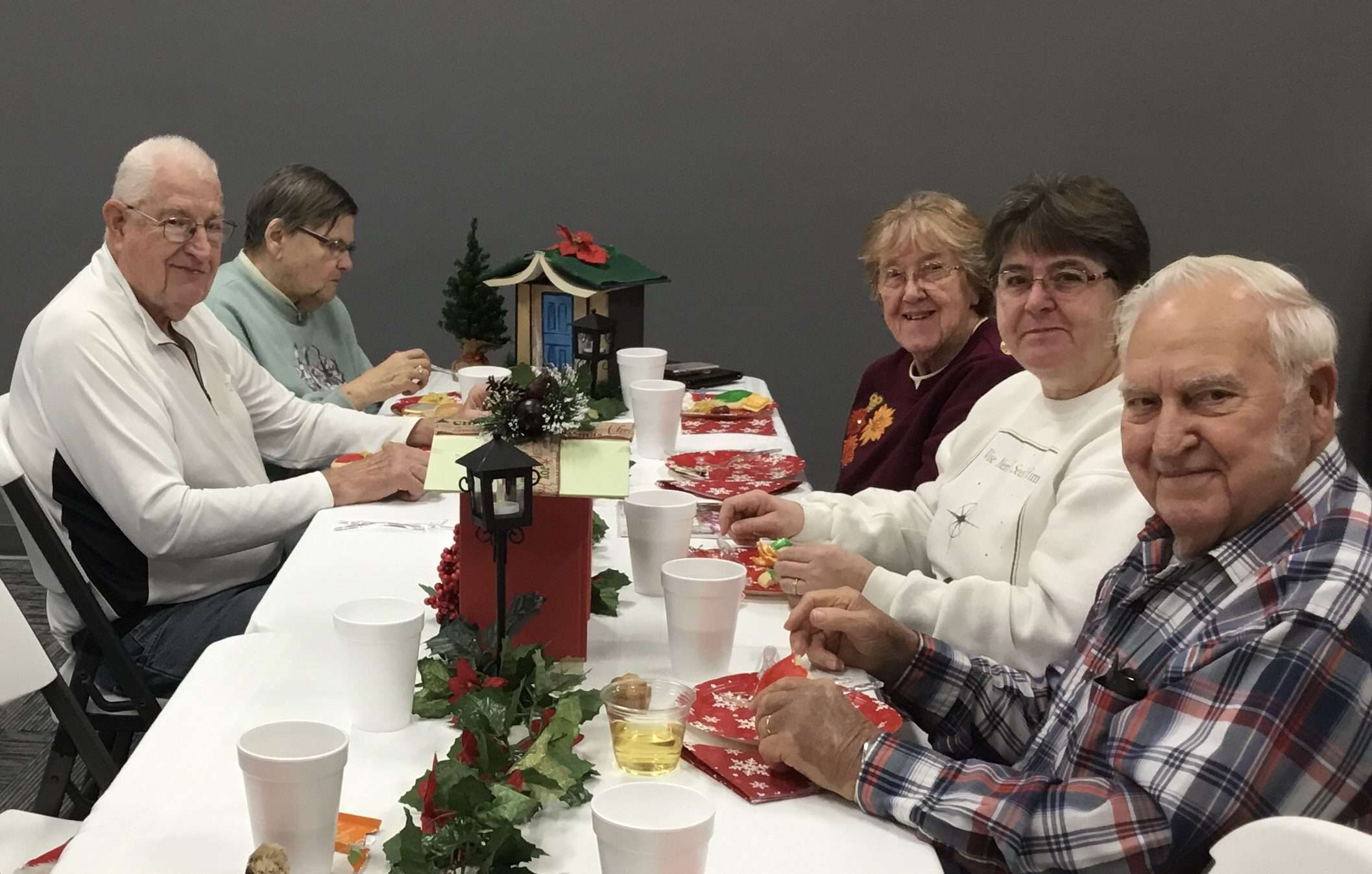 MEN WELCOMED … When you enter the stage of being called Seniors, Tea Parties are no longer just for the ladies! Gene and Deb Sauder on the left, enjoyed the food, visiting and Trombone concert along with Leonard and Barb Chapman along with their daughter Crissi Stuckey.

Nightingale uses background music from his computer to play with but a few times he played all alone, thrilling the group with his talent. Coming from a musical family, Mark has been playing Trombone for 56 years!

We Wish You A Merry Christmas, Greensleeves, Santa Claus Is Coming To Town, It’s the Most Wonderful Time Of The Year, Jingle Bell Hop and Angels We Have Heard On High were amongst his selections.

The group could be seen smiling, contemplating and even wiping away tears depending on what it was that the song stirred up inside them. Some of the requested songs were Somewhere over the Rainbow and You are my Sunshine. Felice Navidad had everyone singing along for sure, with smiles and nods at each other.

Mrs. Woodall had planned to do a reading of “For Being Good,” but the decision was made to enjoy a little more music instead. Maybe next year.

Thanks to the Library staff for a delightful Christmas experience!