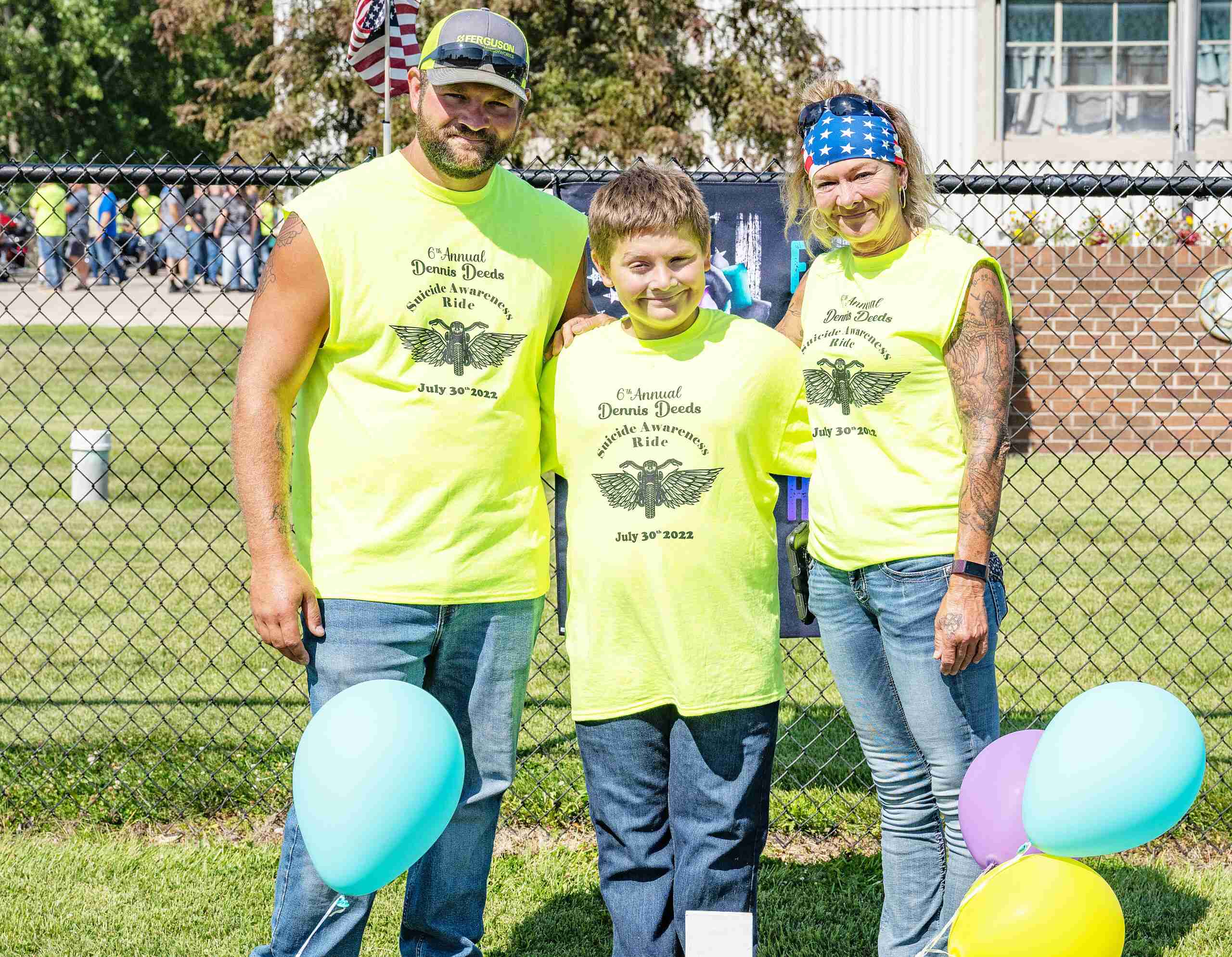 AWARENESS … Justin Deeds, Bronsyn Deeds, and Julie Deeds stand in front of the Wauseon VFW Hall near the crosses that have been put by the road with names of those that have been lost. (PHOTO BY JACOB KESSLER, STAFF)

The Sixth Annual Dennis Deeds Suicide Awareness Memorial Ride took place in Wauseon at the VFW Hall on Saturday, July 30th. The ride takes place annually in an effort to raise awareness for suicide and helps to raise money for prevention.

It was all started by Julie Deeds who was married to Dennis Deeds when he was lost to suicide back in 2012. The goal is to create more awareness and outreach in order to try and prevent future suicides.

Helping to do so are representatives from the National Alliance of Mental Illness with Four County, the Keller Assist Veterans in Crisis and the Maumee Valley Guidance Veterans Assistance Program.

Money raised through the memorial ride goes to help these organizations support veterans who are in need of support.

NAMI provides free support, education classes and advocacy for individuals and their families. Funding through this ride helped Maumee Valley give support to twenty-six veterans who sought out counseling services.

The Keller Assist Veterans in Crisis program also helps with the short-term financial emergencies for veterans.

A lot of help for those in need comes from this ride. Money is collected from those who sign up to be in the ride, silent auctions and t-shirt sales.

At 11:30 a.m. those who signed up for the ride put their kick stands up and followed their police escort to the outside of town.

Over 131 left from the VFW hall to show their support and work towards a better world with less suicide.

Suicide is an important matter that deserves as much attention as possible. If you or someone you know is thinking of suicide, please know that you are not alone.

There are multiple resources available to you out there. One resource in particular is the National Suicide Prevention Lifeline and they can be reached at 1-800-273-8255.

The Suicide and Crisis Lifeline can now also be reached by dialing the number 988.